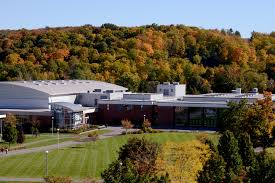 By Professor Frank Anechiarico, Maynard-Knox Professor of Government and Law

In the last few months, racial injustice and murderous misconduct by police officers have become an unavoidable reality for Americans. In the largest protest movement in American history, millions have taken to the streets peacefully, by and large, to express outrage and demand change. Two gatherings in Utica have been part of the Black Lives Matter movement to protest racial injustice nationally and locally. What should we do next?
To answer that question, a coalition of community groups and faculty from the five colleges in Oneida and Herkimer Counties have formed a committee to propose and implement reform. Our committee, the College-Community Partnership for Criminal Justice Reform, has two goals. First, we want to use the resources of the colleges to both listen to the voices of our neighbors and record their experience and evaluation of the justice system. Second, we want to engage in a public conversation about how to reform the system to be both equitable and responsive to a diverse community.
The colleges– Utica College, SUNY Poly, MVCC, Herkimer College, and Hamilton College– are not doing this to teach, but to learn. Governor Cuomo issued an executive order in June of this year requiring all local governments with police forces to propose specific reforms that take racial equity and just treatment into account. These reforms, which must be developed by consulting the public, have to be submitted to the State Budget Division by April 1, 2021. The penalty for non-compliance is the loss of state and federal funds. There are 24 local governments in the two counties that must respond to the Governor’s order. Our Partnership will be working with them to learn what their constituents think about and want from the police that serve them.
But how do you listen to the nearly 300,000 people in Oneida and Herkimer Counties? First, we have commissioned Zogby Analytics to conduct a survey of residents of the two counties, which will ask about their experiences with the police and other justice agencies and get their opinions of reform proposals. While a random sample survey will tell us what people think in the two counties, generally, it does not give everyone a chance to be heard. To do that, we are partnering with United Way of the Mohawk Valley to use their 211 system, which will allow anyone with a phone to take the survey by text. Once local governments spread the word about the 211option, they will be able to hear the voices of their immediate neighbors. Importantly, however, all survey responses will be anonymous.
Surveys are a very useful tool for getting a sense of public opinion and experience, but they are limited in the way they can communicate complex ideas about public policy. To develop a conversation about reform we have planned a series of public discussions led by faculty and community leaders that will be available on the web and also broadcast on TV locally, from 7 pm to 8 pm every Wednesday for 7 weeks starting September 23rd. An 8th discussion, focusing on specific reforms, is scheduled for early next year. We urge those interested to use the web/zoom option so that they can comment and pose questions through the chat function. The series will be available online at https://hamilton.zoom.us/j/95519564026

1. 9/23 BLACK LIVES MATTER: THE MOVEMENT AND ITS IMPORTANCE TO ALL OF US.
2. 9/30 WHAT IS SYSTEMIC, OR INSTITUTIONAL RACISM?
3. 10/7 WHY IS DIVERSITY NOT ENOUGH? TRAINING AND BEST PRACTICES FOR POLICE REFORM
4. 10/14 UNDERSTANDING THE USE OF FORCE
5. 10/21 JUSTICE IN THE PROCESS: PROSECUTION, DEFENSE AND THE COURTS
6. 10/28 PUNISHMENT, CORRECTIONS AND RE-ENTRY
7. 11/4 HOW ARE WE HANDLING DOMESTIC VIOLENCE AND MENTAL HEALTH INTERVENTIONS?
8. 1/27/21 CONCLUSION: NEXT STEPS TOWARD ACCOUNTABILITY AND REFORM

By communicating with each other about the critical issue of public safety we will build trust, cooperation and mutual respect. The more people we hear from—through the survey, 211 and these discussions—the better chance we have to move local government toward real, lasting reform. The greater the number of local governments that enact real reform, the closer we come to a society free from the waste and tragedy of racism and injustice.