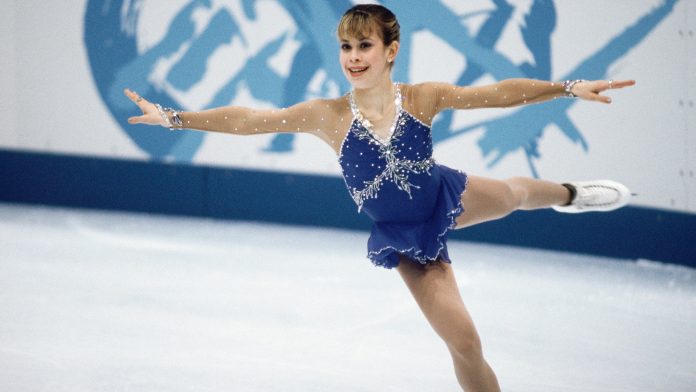 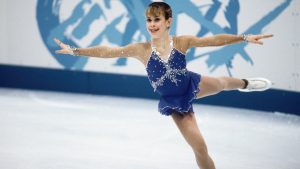 Background
In one of sports most unimaginable victories, 15-year-old Tara Lipinski of Houston became the youngest woman to win a world figure skating title. With a smile on her face, the four foot eight inch seventy-five pound Lipinski landed seven triple jumps and displayed a rare sophistication for a ninth grader to win the $50,000 first prize and the Olympic figure skating Gold medal winner in 1998. She was a month younger than Sonja Henie of Norway when she won the first of ten consecutive world titles in 1927.

Early Life
Tara Lipinski was born as Tara Kristen Lipinski on the 10th of June 1982 in Philadelphia, Pennsylvania. Her nationality was American of Polish ethnicity. She is the daughter of Patricia, a secretary, and Jack Lipinski, an oil executive, and lawyer. She spent her earliest years in Washington Township, Gloucester County, New Jersey. Tara began roller skating at age 3 and won several championships. She turned to ice skating when she was 6, and she and her mom moved to Detroit so Tara could seriously train for international competitions. When she began ice skating, she was learning techniques initially from roller skating coaches in the Philadelphia area. Her first major competition was the 1990 Eastern Regional Championships for roller skating where she finished second. At the 1991 United States roller skating championships, she won the primary girls’ freestyle as a nine-year-old. In 1991 her father’s job required the family to move to Sugarland, Texas. However, training facilities were not available there. In 1993 Lipinski and her mother moved to Delaware, where she had trained before. She later moved to Detroit, Michigan to train with Richard Callaghan.

Competitive Career
Tara Lipinski filled the record books with her accomplishments. As a thirteen-year-old, Lipinski claimed her first national medal with a third-place finish at the 1996 United Figure Skating Association National Championship in San Jose, California. The following year, in just her second appearance at the nationals, Lipinski took the Gold Medal and started a rivalry with former champion Michelle Kwan as the country’s top figure skater. Lipinski beat Kwan again at the International Skating Union World Championship in 1997; in fact, she triumphed over the entire field and won the gold medal, becoming the youngest women’s world champion in the sport’s history. After losing her title to Kwan at the 1998 nationals, the two skaters became the most talked-about athletes entering that year’s winter Olympic Games in Nagano, Japan.

Olympic Gold Medalist
Although Michelle Kwan entered the first stage of the competition in the 1998 Winter Olympics at Nagano, Japan as the favorite, Lipinski skated-a program that included the highest level of technical difficulty that had ever been accomplished by a female skater. In winning a decisive victory over Kwan, Lipinski retired as an amateur and started a new career as a professional skater. For her part, Lipinski was glad to enter the event as an underdog, which motivated her to deliver a performance in the long program at the games that ranked as the most impressive women’s free skate to that time. In addition to her triple-loop, triple-loop combination jump, Lipinski ended with a triple-Sal chow, half loop-triple toe loop combination. Out of nine judges, six ranked her ahead of Kwan. In winning the Gold Medal, Lipinski became the youngest-ever Olympic Champion in the event, a distinction previously held by Sonia Henie of Norway. Although most figure skating commentators had predicted that Kwan would win if she skated-a clean program, as indeed she did, their predictions did not hold true in light of Lipinski’s inspired performance.
After Her Career

The Olympic gold medalist has remained active in many charitable organizations including spokesperson for Boys and Girls Clubs of America and Tobacco-Free Kids. In April 2000 Lipinski became the spokesperson for the National Youth Anti-Drug media campaign.