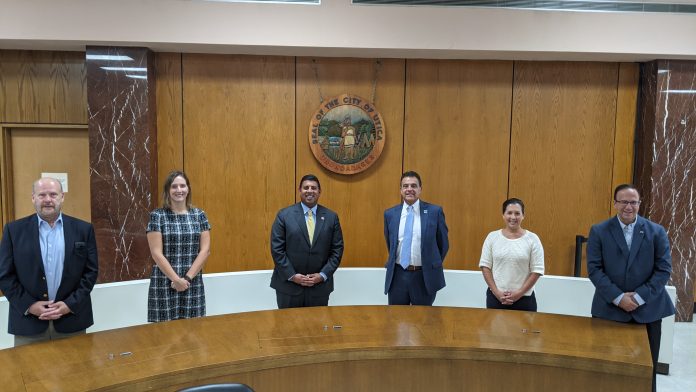 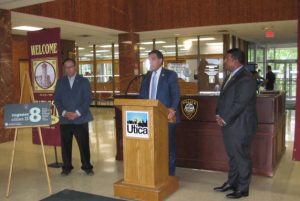 Sen. Cooney is leading a bipartisan “Regener8 Cities” tour to focus on listening to the experiences of families, educators, business leaders, and municipal officials in eight cities: Albany, Buffalo, Syracuse, Yonkers, Rochester, Utica, Binghamton, and Plattsburgh. The objective of the Regener8 Tour is to identify new and innovative policy solutions to systemic issues that face families in eight of the largest cities in the state outside of New York City.

​​The tour will be followed by a legislative agenda dedicated to poverty relief and economic regeneration that will be introduced in the Cities II Committee. Senator Cooney will host a formal hearing focused on the findings of the Regener8 Cities Tour in the State Capitol on November 10.

Sen. Cooney, who represents the City of Rochester, was named the first chair of the new Cities 2 Committee by Majority Leader Andrea Stewart-Cousins. He is committed to ensuring cities outside NYC, like those on this tour, have access to resources and are part of the statewide conversation on economic development.

“Cities outside of the Big Apple each have unique challenges, but we are united in our desire to grow New York State. The Regener8 Cities Tour is about creating new policy solutions to urban issues that have long gone unaddressed. Just like there are common issues between the five boroughs, there are shared goals and challenges across the eight largest cities outside of NYC. For the first time in years, the State Senate is creating a bipartisan space for these small and mid-sized city voices, which will result in legislative action in the next session.”

“It is imperative that we are sensitive to the challenges and issues confronting small cities and that we commit the proper resources to assist them, especially post-pandemic. While listening sessions such as this are good, action is what is needed and must follow these discussions.”

“So many people equate New York with New York City but it is the smaller cities that dot our landscape that are the lifeblood of much of the state.   The ideas generated from these forums provide a solid jumping off point as we work toward a full economic recovery for all regions of New York.”

“It is clear that cities outside of NYC have unique needs. That’s why I created the Cities 2 Committee earlier this year and appointed Senator Cooney as Chair.  These roundtables are just the beginning of much needed opportunities for Senator Cooney and his Committee to hear the needs of these cities and help to find innovative and collaborative ways to address them. Together we will build a future where all New Yorkers can thrive.”

“NYCOM applauds Senator Cooney for leading a bipartisan effort to address the economic development challenges and opportunities in all of New York’s cities. Cities serve as the economic centers of their regions, and they can achieve their potential only with a true state partner. The Regener8 Cities Tour has the potential to jump start that partnership and NYCOM looks forward to working with Senator Cooney and his colleagues to convert the Tour’s roundtable discussions into legislation that strengthens and empowers New York’s cities.”