Rogers Reviews: The Pirates of Penzance at Rome Community Theatre 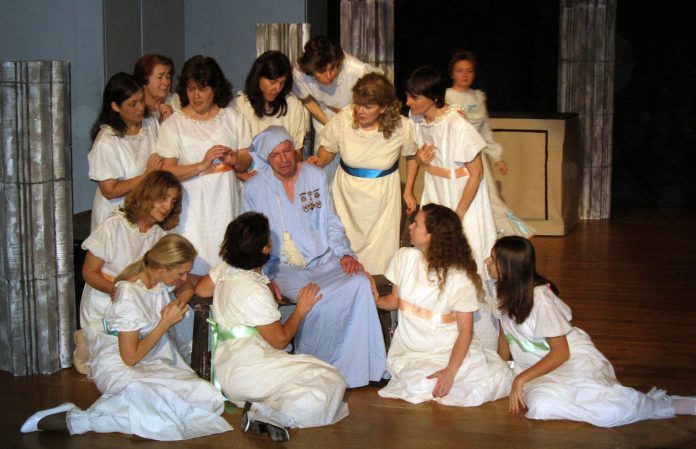 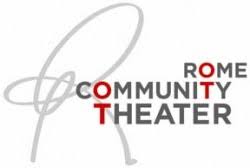 The Rome Community Theater over two October weekends at their theater on Turin Road presented the Gilbert and Sullivan musical theater production of The Pirates of Penzance. This is quite a challenge for a small community theater and they were quite up to the task with a well done evening’s entertainment.

Written by two Englishmen, composer Arthur Sullivan and lyricist W.S. Gilbert, The Pirates of Penzance, sub titled The Slave of Duty, had its world premiere in New York on New Year’s Eve 1879. This and a few other Gilbert and Sullivan comic operas remain popular for their light hearted music, humor and clever lyrics. Several of their short operas are still performed by professional and amateur theater companies across the country.

Rome’s production of The Pirates included a live orchestra of fifteen pieces, and a cast of over thirty. While at times the choruses were difficult to understand, the various soloists were generally well understood despite the rapid fire almost Rap-like lyrics of Gilbert. The melodies of the leads in particular were often difficult with a wide range required. Claire Haile as Mabel in particular had a wonderful nightingale voice and excelled with the many difficult high soprano notes.

This light opera is a frivolous tale of a lad, Frederic (Michael Carbone), rose as a pirate, vowing to leave the band at his twenty-first birthday. However, finding out he was born on February 29 in a leap year, he has actually only celebrated five birthdays, thus must honor his duty and remain a pirate. This becomes difficult when he falls in love with the beautiful daughter of the Major General.

Linda Potts was especially fine as Ruth, the older woman who had arranged for our hero Frederic’s apprenticeship to pirates instead of pilots.  Frederic jilts her for the vivacious young and beautiful Mabel. With her blackened teeth and frumpy appearance at the beginning changed to the finery of a Pirate queen in later scenes, Ruth’s vocals were quite comical when alone, and later in an energetic comic trio with Frederic  and the Pirate King (Ken Maxwell).

With a variety of costumes of beautiful maidens in white, pirates, a bumbling squad of “keystone cops” and military outfits, it was a colorful display.  Not fancy, this was well choreographed on two relatively simple sets Behind the scenes direction, lighting, and costumes all added to an overall pleasing production, greatly enhanced by a live orchestra vs. having a recording over a sound system.

Community theater groups such as Rome Community Theater, Players of Utica and the Ilion Little Theater provide a very important service by bringing stage productions to a wide regional audience. The arts are brought to life by each theater group presenting four to six productions a year, in most cases on two consecutive weekends. The fare ranges from musical and comic opera to comedy to drama and enhances the regional quality of life.

Kudos to the Rome Community Theater for a well presented popular comic opera of the late 19th century. I wish them every success in all their continuing and future endeavors in presenting quality local theater for Rome and the greater Mohawk Valley.