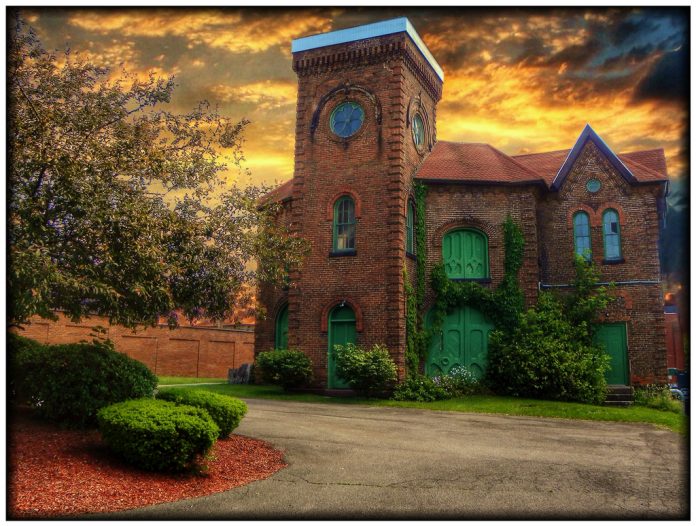 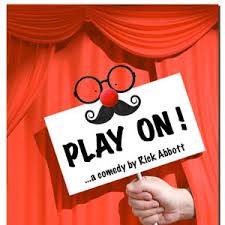 At the Stables, the Ilion Little Theater presented a zany comedy of a play within a play over two October weekends. Play On! By Rick Abbot is a goofy play on the pitfalls that might occur in a production by a local theater company. Directed by Stephen Wagner, this was one of several seasonal productions of this local theater group.

A dinner party of well to do eccentrics, including a world-famous scientist revolves around the fate of those who own have owned a cursed jewel/pendent variously known as a diamond or ruby. The play revolves around a rehearsal four days prior to production as Act I. The dress rehearsal is Act II, and the play itself is Act III.

At the rehearsal, the playwright shows up with various revisions, the latest of many submitted days prior to opening night. This leads to over-stressed actors trying to remember the changes. Every glitch imaginable occurs from threats of leaving the show to mix-ups in stage settings and sound effects. While this is a play without any real leads, all the actors had very convincing performances, though certain characters and scenes stand out.

Phyllis, the playwright, was played by Carol Furno.  Gaudily made-up with a haughty, overbearing manner, her eccentric attempts to micro-manage the play are hysterical. Aggie the Stage Manager (Carol Furno), has frequent opportunities to forcibly escort the playwright off stage that is quite comical.

Victoria Girmonde was Victoria; the young maiden is torn between an older scientist, Dr. Forbes, and Stephen (Justin Jones), someone much closer to her age. Her comic antics of having her back to the others and facing the wrong direction, exaggerated and animated hand gestures and facial expressions in the style of I Love Lucy were over the top.

Steve Kocuba as Saul / Dr. Rex Forbes had a sarcastic touch that added to personality conflicts with others, particularly Polly / Lady Margaret, (Cindy Shepherd). Kocuba’s well-timed verbal barbs, his physically searching himself for the missing jewel and facial expressions as his true character was revealed were very effective.

Ilion and the wider Mohawk Valley are fortunate to have the Ilion Little Theater present several plays a season in their Stable Theater on Remington Avenue, Ilion. Well performed live production of comedy and drama greatly adds to the local quality of life in the regional community.