Reflections About a Funeral 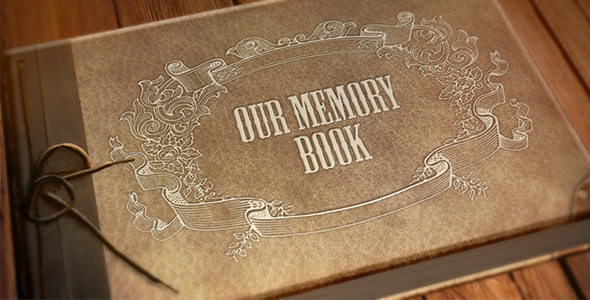 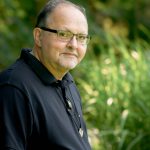 Many couples whose children are on their own (as is the case with me and my wife Cheri), go through memorabilia that accumulated over the years and pass those items on to our children, in an attempt to downsize. For the past month or so, Cheri and I have been going through thirty-four years of memories of our two living sons, Dan and Matt, and their deceased sibling (and my daughter), Jeannine. Jeannine died at the age of 18, in March of 2003. One of the items that we discovered was a container with cards and other items from Jeannine’s funeral service.

I have wanted to create a memory book of those items since her death. I have never gotten around to it because I haven’t been ready to revisit that part of my past. One of the unrealistic expectations that our society places on bereaved individuals is a specific time frame to do something with our loved ones’ belongings. We are urged to put closure to our loss and resume” normal” living again. In reality, bereaved individuals are the ones to determine when and what to do with their loved one’s belongings; without the unrealistic expectation of achieving closure.

We had calling hours the day before and it seemed as if there was an endless sea of humanity that walked through our receiving line. I can recall specific interactions that I had with people, which temporarily comforted me. I was in awe of the number of people who showed up for Jeannine’s wake, in awe of how many lives one eighteen-year-old woman could touch.

After Jeannine’s coffin was lowered into the freshly dug soil, I blanked out any memory of the remainder of that day. When Jeannine was buried, my life as I knew it was buried with her. Much like this skeleton on a motorcycle, many of my values and the rules that I lived by were stripped away and/or called into question. I felt naked, vulnerable and my path was uncertain. I was left wondering how I would survive the death of my daughter, much less thrive in the face of adversity.

I am in my sixteenth year of walking the path of a parent who has experienced the death of a child. Many memories that I experience of my daughter’s life are now pleasant reminders of who she was and still is to me today. There are other memories that contain a mix of positive and negative emotions and accompanying feelings of yearning. Early on, I would try to suppress the negative or distract myself from it. Now I honor them for what it can reveal to me about myself. I also make it a point to share my discoveries with others who have experienced loss with the hope that it gives them new perspectives to consider.
The path that I currently walk is not one that I willingly wanted to walk, but it is the path that I have learned to embrace and accept. My values and beliefs today have been forged through my challenges with adversity after Jeannine’s death and are certainly different than before. If my values did not change to align with my new world, I would not have survived and then thrived in the aftermath of the most life-altering loss that I have experienced.

I am no longer that skeleton on a motorcycle trying to find his way in a world that was alien to me after Jeannine’s death. My foundation has been rebuilt and represents my current perspective after the loss. However, even the sturdiest of foundations reveal its vulnerabilities, much like what we see in this image.

The crack in the road represents the brokenness that I experienced after my daughter’s death. Though fortified by a sealant, it still shows visible scarring, holding the brokenness of myself and many others who have experienced unthinkable loss. Though I have fortified the brokenness that I experienced, my scars are still there. Rather than hide those scars, I choose to make it an important part of my narrative after the loss. Doing so allows me to become comfortable being vulnerable with those who are willing to bear witness to it, and in the process, discovering its hidden gifts.