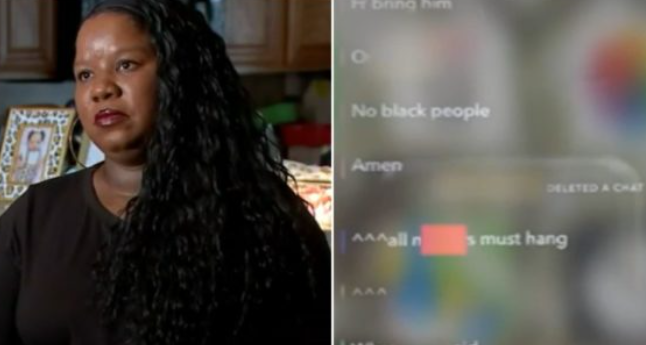 Black students at East Bernard High School located in East Bernard, TX are nervous to go back to school after reading racist messages in a group chat from their white classmates. The school district said they would take immediate action, as one of the messages read, “All N-s must hang.” The East Bernard Independent School District’s website said, the chat was created by students on Monday, Dec. 6, which contained “racist hate speech.”

Screenshots of the messages had been circulated throughout the community in the Houston exurb and made their way to the district’s review. Immediately, the school district took disciplinary action against students involved in the group chat and the racist hate speech. Courtney Hudgins, the superintendent, wrote in a letter about the situation, “Students involved with the group chat and racist hate speech are receiving disciplinary measures in accordance with the student code of conduct. These measures are confidential.”

A student saw the messages was 16-year-old, Tyra shared that a first-hand witness showed her a screenshot of the chat ABC 13 reported.

“I was at the lunch table and my friend showed me. She was in the group chat and saw everything going on. It was supposed to be about prom, but it just ended up being racist.”

Tyra said that a few of the messages she read said “No Black people” and “All N—s must hang.”

“I just feel uncomfortable being there now because that’s a threat,” Tyra added. “I just don’t want to go to that school anymore.”

Tyra’s mom, Tiffany Seydler told the news station that she “couldn’t believe it,” and her “stomach dropped” when she read the exchanges.

“She’s supposed to go to school to learn. Not be afraid to go to school, because they’re talking about hanging (expletive). You know that that’s a huge threat!” the mother said.

Tyra told the station that she stayed out of school out of fear of an apparent newfound of her white schoolmates at the school, where African-Americans are just 5 percent of the student body.

The district’s superintendent said, “EBISD does not condone these students’ actions or any other discriminatory remarks, threats, or behaviors, nor shall students or staff discriminate on the basis of race, color, religion, sex, age, nationality, or disability.”