Phoenix Editorial Page :The Myths and Truths About White Privilege 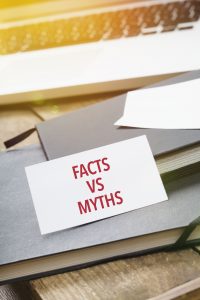 The term “White privilege” is heard everywhere from the news to social media to in-person conversations today. Everyone knows it has something to do with racism, particularly racism that benefits White people.

But many do not fully understand what it means, and what it looks like in everyday life. Some even claim it does not exist, as there are several myths and misconceptions about White privilege circulating. Many of these can be found in memes and posts on social media.

Myth: White privilege means no White people had to work for what they have.

Truth: White privilege means there are privileges in society afforded to those who have White skin that are not afforded to those who have Black or Brown skin. It does not mean “All White people are privileged” in the classic definition of the word in which “privileged” means “born into a high socioeconomic status” or “granted an easy life.” Nobody is denying that many White people in this country work hard for what they have, or claiming they were handed everything simply because they are White.

Myth: Talking about “White privilege” is just giving yourself an excuse to discriminate against White people.

Truth: The whole idea behind talking about privilege based on skin color is to eradicate the practice of treating people differently due to skin color at all, not to start treating a different race of people badly. The reason we specify “White” privilege is because throughout our country’s history and into today, White skin has been held above other skin colors. This does not mean White skin is a flaw, or that White people are bad people. It does not give anyone permission to treat a White person badly simply because they are White.

Truth: The term “White privilege” does not mean all White people are to blame for everything. It means that having ivory to beige skin, and being someone perceived to be Caucasian, is favored by society as a whole. It means White people do not have to deal with discrimination due to skin color nearly as much as people with Black or Brown skin, that “standard” traits are typically “White” traits, and that society is set up to favor those with White skin.

Myth: You don’t have White privilege if you are not one hundred per cent Caucasian.

Truth: Some people mistakenly think they do not have White privilege because they are not technically completely “White people.” That is, they are mixed with another race. But privilege is afforded according to your appearance, not your DNA. If you are perceived as White, you are afforded White privilege.

A White appearing person of mixed racial background may be better able to imagine how it might feel to be targeted due to being a different race. They might be able to imagine how their life would be different if they appeared to be the other race, or know how family members who do are treated. But they still haven’t experienced it themselves. They are still afforded White privilege.

Myth: Declaring “White privilege” means White people are not allowed to stand up for themselves or report illegal activity anymore.

Truth: The problem isn’t White people standing up for themselves or reporting illegal activity. If you are being treated unjustly, or see something illegal, you absolutely can do something about it, regardless of your race or the race of anyone else involved. The problem arises when reporting crime is used as a weapon against someone you simply do not like because of that person’s race, or when you just assume someone is doing something wrong because of their race.

Myth: The term “White privilege” created the “Karen” stereotype, which is a racially charged term for a White woman.

Truth: The name “Karen” used as a term is not based on race. A “Karen” in contemporary popular slang, is a woman who is self-centered, arrogant, and entitled. It was coined because so many people who complained to retail managers about minor inconveniences seemed to be named “Karen.”

Racist behavior is typical of a “Karen,” because all “Karens” are only capable of seeing the world through their own narrow lenses, and anyone who isn’t just like them is perceived to be “lesser” or “bad.” But you do not have to be white to be a “Karen.”

Myth: The term “White privilege” came about due to the “Black Lives Matter” movement, which is just a way to unfairly label the police as racist.

Truth: If a pattern of one group of people targeting another for violence were to emerge between any profession and any other group of people based on race or any other observable characteristic, we would immediately accept that as a perpetrator and victim profile, and do something about it. If law enforcement agencies across the country were displaying a pattern of targeting everyone who appeared to be Irish or taller than five foot ten, or who wore a certain clothing style, nobody would argue that anything other than a problem within law enforcement that encouraged this behavior was to blame. But when we can clearly see that Black people are unfairly targeted, we start looking for excuses for the behavior. This is racism, and it is the most terrifying and deadly example of White privilege.

Myth: Talking about White privilege denies all the other types of privilege people get in society.

Truth: Talking about White privilege addresses one example of our culture’s damaging and immoral way of ranking people based on characteristics that have nothing to do with their character. There certainly are other types of privilege, including those based on gender, sexual orientation, socioeconomic status, and disability or illness.

Myth: “White privilege” is just another term used by the self-appointed “political correctness police” to control everyone else by declaring themselves “offended” by everything.

Truth: Entitlement is a problem in our culture today, and there are those who will make anything that happens about them and use everything as an excuse to control others. But the presence of people who twist things around and use real problems to further their own agenda does not diminish the reality or the seriousness of the problems. Saying White privilege isn’t a problem because some people deliberately misinterpret and misuse the term is like watching a documentary about a person who faked having cancer and concluding that disease does not exist.

Myth: There’s nothing we can do about White privilege.

Truth: There is a lot we can do, and a lot we should do. Acknowledging it is the first step. But it isn’t enough. We have to act. We have to speak up when we see instances of racism that stem from White privilege. We have to refuse to believe the myths or accept excuses for racist behavior. And we have to work to change the rules, laws, and norms that prop up the system of White privilege, or any system in which people are ranked based on race.