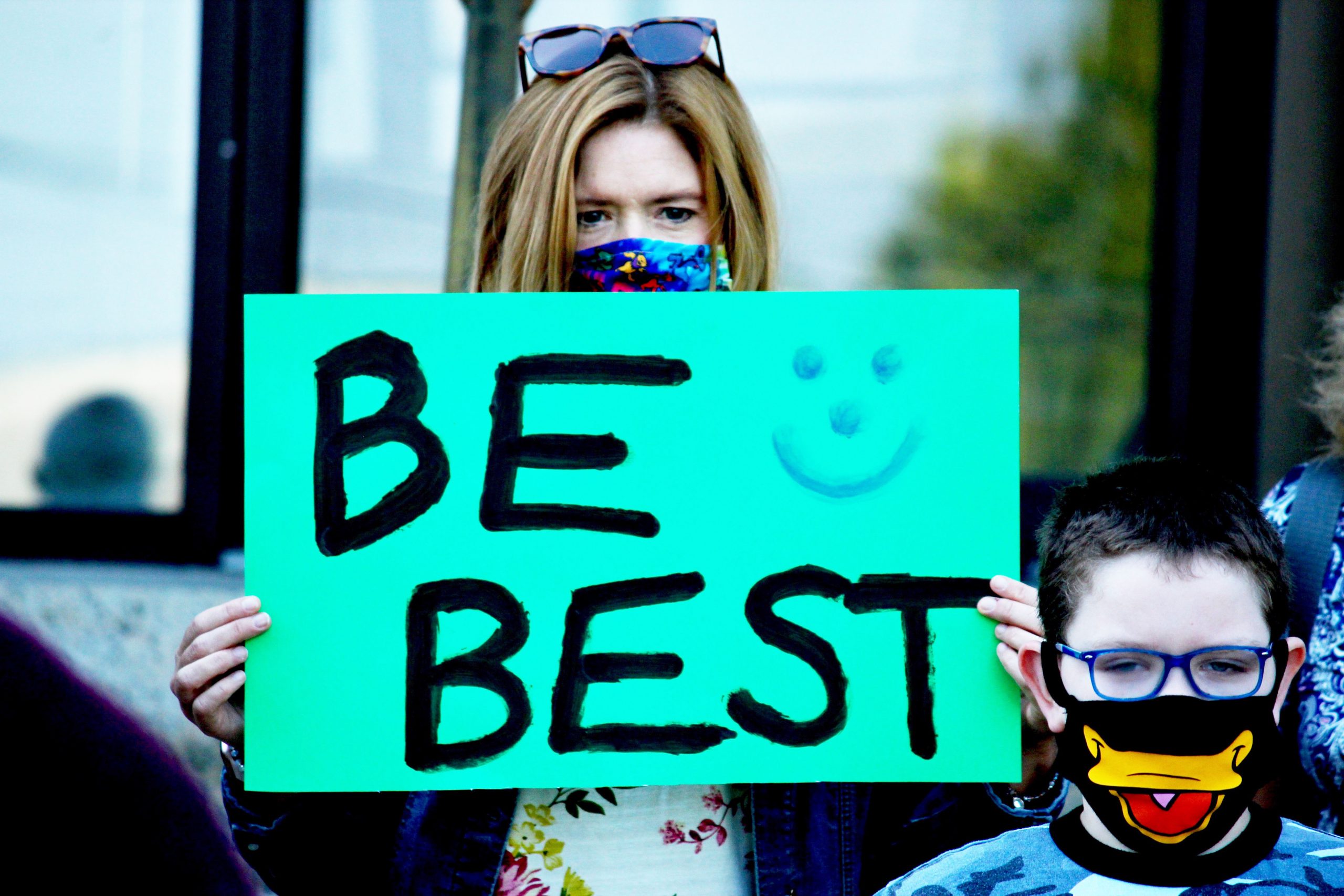 Mohawk Valley mothers, fathers, grandparents, educators, and other concerned residents held a press conference today calling on Claudia Tenney to take down her advertisements that are using vulgar language. The parents highlighted Tenney’s continued use of vulgarities and foul language as unbecoming of someone seeking public office.

The parents demanded that the Tenney campaign take down their series of advertisements and stop using the term “B.S.” and apologize for this vulgar language in her television ads and on social media.

“Claudia Tenney has brought her gutter politics and vulgar language to our dinner tables,” the parents said. “Thanks to Ms. Tenney, parents across New York have had to explain to their children why someone seeking elected office would use foul language and schoolyard bullying to try and win votes. If our kids said the things Claudia Tenney says, they’d be grounded, not elected to Congress.”

The parents outlined their concerns and expressed their dismay that during a pandemic, with kids spending more time at home, Tenney’s campaign would invest in a strategy so offensive to families. Also, they urged Tenney to adopt the mantra of First Lady Melania Trump’s “Be Best” initiative. It is important to note that a representative of the group described its members as bi-partisan.

The parents included a letter to the Tenney campaign urging them to take down the ad and apologize:

To Claudia Tenney and her campaign representatives,

At the beginning of August, your campaign began running television advertisements that featured the derogatory abbreviation of “B.S.” In addition, your advertisements, which are playing all across New York’s 22nd district during daytime and evening hours, used a schoolyard bully tactic to debase your opponent. We are writing to you today to demand that you and your campaign take down these advertisements and you apologize for this underhanded, immature, and inappropriate language.

During the global pandemic, our kids have been cooped up inside, learning through zoom or google classroom on their computers, and unable to see their friends and grandparents. Unfortunately, this has meant more time in front of a screen and less time in a classroom. Your mean-spirited and inappropriate advertisements have compounded the struggles of working families who are now being forced to answer for your vulgar language.

As parents, we are concerned that our children are hearing this type of language on their television–especially coming from someone seeking to be a public servant. Because of your advertisements, the conversations around the dinner table or as we sit down to watch family-programing revolve around toilet humor and insults. Kids as young as elementary aged school children are now asking their parents “what does “B.S.” mean?” Parents across Upstate New York and down to the Southern Tier are being forced to explain profanity and name-calling to their children.

We are standing together to tell you what we would tell our kids if they used the same language: Cut it out. And…do you want your mouth washed out with soap?

As you seek to represent us, we are urging you to stop the foul language and campaign on the issues. This type of schoolyard behavior is unbecoming of any candidate and we hope you will consider this plea for common decency and maturity.

As parents, we encourage our children to be kind to one another, to be respectful of each other, and to not swear, bully, or name call. Shouldn’t we expect the same from a candidate for elected office?

Update October 2nd: Brindisi for Congress spokesman Luke Jackson said “Parents across New York’s 22nd district are putting Claudia Tenney in time out,” “They are sick of her false, vulgar, and malicious campaign ads, but the only thing they can’t stand more is her record of looking out for special interests, not them.”