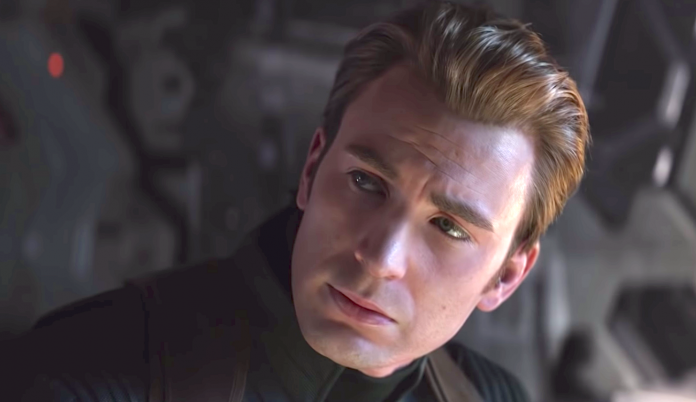 “Avengers: Endgame” is an epic. It pays homage to the legions of Marvel films that came before it, packages and wraps up the morose happenings of “Avengers: Infinity War” in a way as believable as can be expected from a crew of god-like superheroes, and does so in a way that is seamless, action packed, and emotional.  The film clocks in at three hours and one minute, but none of it feels wasted. The movie feels sublime, every bit as essential as the other Marvel films that came before it.

“Endgame” makes a smart decision to not have its heroes wallow in grief after the events of “Infinity War” but to not brush them off either, landing somewhere in-between mourning and a call for action. If you haven’t seen “Infinity War” be warned that spoilers will be aplenty, but when “Endgame” starts we’re confronted with a world without half the universe’s population. We have a small motley crew of heroes, spearheaded by Captain America, Iron Man, Nebula, Hawkeye, Black Widow, Thor, etc.; all heroes who survived Thanos’ (Josh Brolin) ‘snap’ at the end of the events of “Infinity War.” Many other of the Avengers have perished, ceasing to exist after Thanos completes his mission. We’re confronted with a world without Spider-Man, Peter Quill, Black Panther, Scarlet Witch, Vision, Nick Fury…the list goes on and on.

“Endgame” has a very continued saga feeling, taking place, for the most part, first immediately following Thanos’ destruction and then five years after the Avengers realize that reversing this destruction may be possible, deadly, or both.

There’s a plan that the Avengers craft to undo Thanos’ destruction; but as the plot is not given away even on IMDb, we will not divulge it here and moviegoers who have yet to see the film will need to make their way to the theatre to uncover it. It’s risky, bold, and born of the supernatural; but that’s all that will be given away.

What I will say about “Avengers: Endgame” is that a) massive patience is needed to get through its first and second act, and b) it does nothing to disappoint. “Endgame” shares many notes with Sam Raimi’s excellent “Spider-Man 2;” it begs your attention for the first and second acts, runs a little hallow and by-the-numbers, and then explodes with a third act battle scene that trumps with emotion and action not just “Infinity War’s’” keystone battle sequence on Wakanda, but even “The Avengers’” ending sequence in New York City in its heroes’ first romp.

It harnesses all the action, bravado, prowess, and emotion of those films but somehow packs a mournful and elemental power to the proceedings that one isn’t expecting at all. It also features two sequences, one, involving Iron Man, and another involving Captain America fulfilling his destiny, that are amongst the most crowd pleasing scenes I’ve seen in a Marvel film, ever.

Joe and Anthony Russo makes changes this time around, and the film is the better for it.   Whilst “Infinity War” boasted an innumerable amount of characters clamoring for screen-time, “Endgame” tones down the cast to a small gaggle of Avengers who must band together, giving the cast tons of chemistry and camaraderie in the process. Robert Downey Jr. and Chris Evans are given the most depth; but other characters are built up with surprising accuracy, most notably Jeremy Renner reprising his role as Hawkeye, and Scarlett Johanssen as Black Widow.  We also get to see Pepper Potts ‘suit up’ for lack of a better word, and a scene with her and Stark toward the film’s close is the stuff that great movies – not simply great comic book movies – are made of.

Lastly, we see this time around in Thanos less of an empathetic character and one more easily despised. His battle sequences with the Avengers are rightly hard-hitting, vicious, and sardonic. They are also brutal. Thanos wields a huge double sided sword/staff and he makes no bones about attempting to eviscerate anyone who gets in his way.  My chief complaint about his character in “Infinity War” is that the script gave him too much screen-time and not enough time spent on really hammering home his viciousness. “Endgame” remedies this; Thanos is almost immediately despicable, and stopping him on the part of the Avengers becomes not just retribution, but duty.

Shortly, “Endgame” has everything that Marvel fans are looking for and more. It features an intricately detailed story, characters given the depth they deserve after this came up short during “Infinity War,” and a conclusion that firmly sews up the Thanos/Infinity Stones saga neatly, tightly, and effectively, while still leaving room for the Marvel Cinematic Universe to continue on.

The bottom line? If you like Marvel films, do yourself a favor and watch this epic. You’ll be entertained, thrilled, awed, and pleased to a wrap-up that feels much shorter than its run-time. It will make you cheer, relish, sit in awe…cry. For a Marvel film it does everything it’s supposed to; but even those looking for a good action/drama could certainly do much worse than “Avengers: Endgame.”