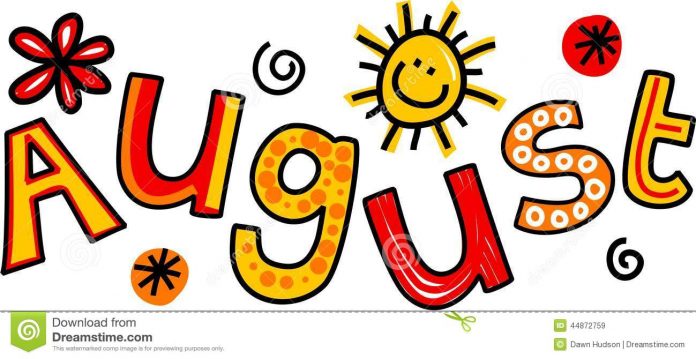 There are no major holidays in August.

Proclamation days include Women’s Equality Day. On that day in 1920, a proclamation giving American women the right to vote was signed by Secretary of State Bainbridge Colby, formalizing the 19th Amendment to the Constitution.

While record numbers of women were elected to Congress in 2018, as a nation we have a long way to go assuring equality of women. Women still earn far less than men, and there is continuing fallout from the “Me Too” movement with the public disgrace for sexual assault and harassment over the past two years of many prominent people in entertainment, politics, and business.

Every President since Richard Nixon has made a formal proclamation that this day is Women’s Equality Day. It is indeed difficult for any such proclamation by President Trump to be taken seriously.

Despite the “Me Too” movement, it is a national disgrace that numerous well-documented allegations of overt sexual harassment, possibly including sexual assault, against our sitting President have gone unaddressed. It is wrong that a sitting President is allowed to continue with numerous public insults against women (and women of color with overt lies implying they are not American) without a loud and clear condemnation by members of his own party.

The silence of those in the Republican Party on this issue is deafening. Only a handful of Republicans supported a censure against the President for his lies and insulting comments. This reveals that a once respectable conservative political party has been largely hijacked by those for whom misogyny and racism are acceptable. It is time for those opposed to misogyny and racism to speak up publicly, especially to those Republicans in Congress that tacitly accept such outrageous behavior from our President.

Summer vacations continue for public school students in August, though colleges and universities begin classes in late August before Labor Day. Back to school sales for school supplies and clothing are popular in the last half of the month.

For those with vegetable gardens, it is the season where the hard work of gardening pays off with many fresh vegetables ready for picking. For those without a garden, farmers’ markets are still weekly in Utica, Clinton, and other places in the region, with tomatoes, peppers, corn, and many other fruits and vegetables now at their peak.

There are several special events and regional festivals during August, including many county fairs, a canal festival, and music, art, and film festivals. August 6 is an important day in regional and national history, commemorating the Battle of Oriskany of 1777 with a special ceremony at the Oriskany Battle Field just east of Rome on Route 69.

Annual Events and Festivals in August

Venus and Mars are both lost in the Sun’s glare for most of the month, as Venus makes a transition after the 14th from a morning star to an evening star for the rest of the year. The waxing Gibbous Moon is very close to Jupiter on the 9th. Saturn is to the Moon’s left on the 11th and to it’s right on the 12th.

The Perseid Meteor Shower, peaking on August 12, occurs this year with a waxing Gibbous Moon, and this makes the meteors less visible with the Moon’s bright light. The Full Moon of August 12 has a variety of common names, including Sturgeon Moon, Green Corn Moons, Red Moon, and Hay Moon.

Rising and Setting Times of the Sun, Moon and Visible Planets
on August 12 during the Perseid Meteor Shower