As a result of their successful collaboration last spring, AT&T again brought their virtual reality simulator to campus, allowing students and faculty to experience firsthand how dangerous it is to take their eyes off the road and look at their smartphone. The simulator demonstrates true life hazards of all smartphone activities while driving in 3D virtual reality.

The program is part of AT&T’s “It Can Wait” campaign, a national movement urging drivers to keep their eyes on the road, not on their phones. The campaign has expanded to include overall dangers of smartphone use behind the wheel.

AT&T research shows that seven in 10 people engage in smartphone activities while driving. While 95 percent of drivers disapprove of distracted driving, it leads to more than 431,000 crashes a year, according to AT&T.

“We understand the potentially devastating consequences of distracted driving, and we know that if people misuse smartphones and other devices while behind the wheel, they risk injuring or killing themselves and others,” said Kevin Hanna, regional director of external affairs at AT&T. “Our mission is education, and our message is simple: No text, email, social media update, or photo is worth your life. Keep your eyes on the road, not your phone. It Can Wait!” 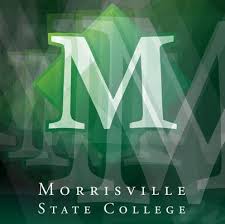 Morrisville State College students were encouraged to take the “It Can Wait” pledge, to never drive distracted. Their pledges added to more than 15 million others to keep eyes on the road, not on phones.

Through an ongoing partnership between Morrisville State College and AT&T, each resident student is issued an AT&T cell phone for their use while living on campus. The AT&T cell phone includes unlimited text messaging and calling within the continental U.S.

Morrisville State College’s curricula are enriched with applied learning and pave the way for opportunity at both the Morrisville and Norwich campuses. An action-oriented, interactive learning lab, the college is a national leader in technology and has been lauded for its exemplary, innovative and effective community service programs.