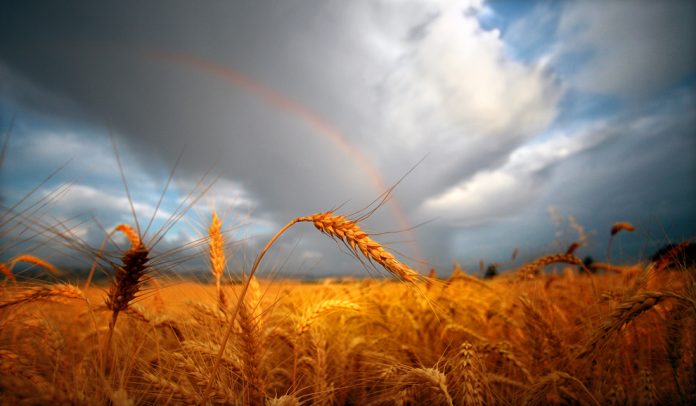 Many would agree that October is one of the most beautiful months of the year. On some days, bright cobalt blue skies contrast magnificently with various shades of green tree leaves shifting through the month to various pastels of red, yellow and orange, then further to ambes and brown. The changes begin in the North Country, gradually moving south through the Mohawk Valley, then into the Susquehanna Valley and Catskills. This fleeting wonder of nature lasts perhaps two to four weeks, providing a striking visual backdrop to the rolling hills of the region.

The days range from comfortably warm to cool, with occasional cold nights with frost, a harbinger of the winter season of cold and snow. Most weekends have numerous apple, pumpkin, and other fall festivals at regional orchards, farms, and some villages. This all leads to  one of the most popular folk holidays of the year, pumpkins being a major symbol of  Halloween.

Many ethnic groups have a day in October celebrating pride in their ethnic heritage. Mid-September to mid-October is Hispanic Heritage Month. There are usually several different fiestas focusing on food, music and dance of the many Dominicans, Puerto Ricans, and other Hispanics of the Mohawk Valley. The wider community is encouraged to attend these activities throughout the month.

Perhaps a bit lesser known, German Heritage Day, Leif Erikson Day, and Casimir Pulaski Day provide those of German, Scandinavian and Polish ancestry a day to be proud of their heritage and ethnic contributions of food and music to the wider American society.

An annual observance of General Pulaski at his memorial statue on the Parkway followed by food, music and dance at the Polish Community Center are well established annual events of Polish community pride. The Utica Maennerchor often has an Octoberfest with beer and German food, music and dance.

Columbus Day, the second Monday in October has long been perceived as a largely ethnic holiday, celebrated by Italian Americans much earlier than its official status as a national holiday. In the late 19th and early 20th centuries, celebrations in Utica included parades, special masses, and public gatherings with Italian food and music, including the Red Band.

While perhaps not as large or boisterous as these parades of the 1920s and 1930s, it is still celebrated with ethnic oriented dinners, often honoring prominent Italian Americans of Utica and the surrounding area. This holiday has become controversial in recent years, perhaps almost as divisive as the current controversy of what to do with various monuments celebrating the Confederacy in the south. Native Americans and strong supporters of Indian rights argue that this was beginning of the end of their indigenous societies, as North America was “invaded” by Europeans starting with Columbus. This controversy is likely to intensify in the near future as some feel it should perhaps become a day of national mourning for indigenous peoples.

Halloween is a most popular folk holiday, perhaps second only to Christmas which is the only national religious holiday. Trick or treating, adult costume parties,  haunted houses, hay rides and pumpkin festivals celebrate the cross quarter day Samhein from the Celtic calendar.

Midway between the autumnal equinox and winter solstice, Samhein included elements of the fall harvest, ghosts, witches, goblins, and carved turnips, which evolved to carved pumpkins in America.  This secular folk holiday is followed by the religious holidays of All Souls Day and All Saints Day. These religious holidays evolved from the Church’s disapproval of the more mythical Halloween, a day perceived by some as being based on pagan and superstitious beliefs.

Celebrate the colorful fall season before the really cold weather and snows set in. By Halloween, the landscape becomes more brown and gray. Most leaves fall, the few remaining leaves turn brown, leading to the gray days of November between the colorful fall foliage and equally brilliant white landscapes of winter. This is annual transition of the natural splendor of the Mohawk Valley with its clearly distinct four seasons.