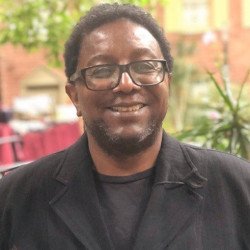 Utica Mayor Robert Palmieri today announced his appointment of Venice Ervin to fill the
vacancy of the 5th Ward Common Council seat. The seat was vacant due to the recent
resignation of former Councilman Delvin Moody. Mr. Ervin was sworn-in at ceremony at City
Hall this afternoon.

Mr. Ervin has been a Utica resident for 62 years and has lived in the Cornhill neighborhood for 55 years. Mr. Ervin is married and has two children. Mr. Ervin has been heavily involved in his community for many decades; having worked as a Youth Program Director for JCTOD Outreach, a Program Director for Mohawk Valley Community Action Agency and currently as a Gun Violence Prevention Coordinator for the Workforce Investment Board of Herkimer, Madison and Oneida Counties. In addition, Mr. Ervin served as President of the Utica/Oneida County Branch of the National Association for the Advancement of Colored People (NAACP) and on the board of the Parkway Center.

Mr. Ervin has an Associate’s Degree in Applied Science (Human Services), and honorably
served our country as a Veteran of the United States Air Force. Mr. Ervin’s appointment fills the vacancy until the end of this year (December 31st, 2022) as there will be a special election in November to fill the remainder of the term. Mr. Ervin was selected by the Mayor after a thorough screening process of qualified candidates was conducted.

Mayor Palmieri stated, “Venice epitomizes community service. He is highly respected and
strives to build consensus in order to achieve positive changes in our city. Venice will be an
outstanding representative and advocate for Cornhill, and I look forward to working with him.”

Councilman Ervin stated, “My family and I chose to live in Cornhill to promote positive
changes and enhance the lives of the youth and families in our neighborhood. Working as a
Youth Programs Director at JCTOD Outreach Center exposed me to a lot of the challenges low-income families are facing. I have had the great opportunity to mentor many of the youth in the Cornhill and Utica area and give them guidance and positive encouragement to succeed in school and become productive citizens. I take great pride in that many of the youth in our community still refer to me as Coach Ervin because of the basketball and youth tournaments that were held in the Johnson Park area.

Councilman Ervin continued, “I am very proud to live in the City of Utica and work with
community residents to improve and highlight Cornhill. Diversity is one of our community’s
greatest assets, and I have always pushed for inclusion for all people in the decision making process that affects their lives.”