Martin scores 15 as No 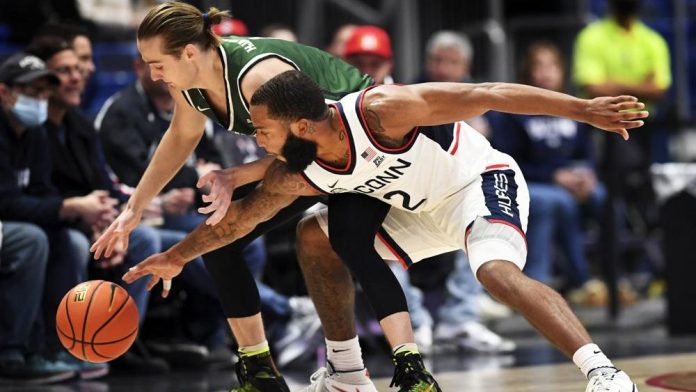 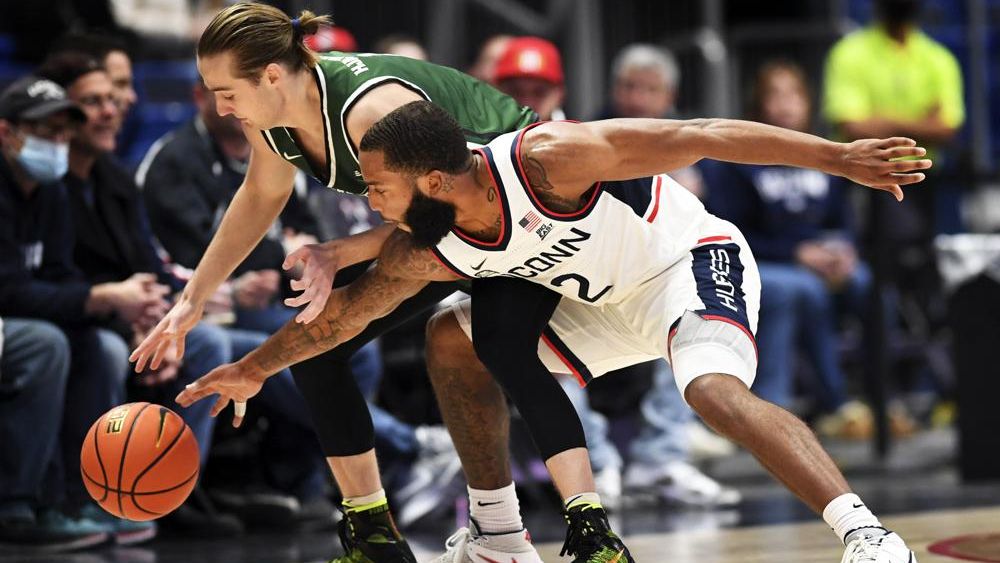 Adama Sanogo scored 12 points for the Huskies (4-0). Jordan Hawkins had 11, and Andre Jackson finished with nine points and eight rebounds.

Binghamton coach Levelle Sanders and UConn coach Dan Hurley were teammates at Seton Hall in the 1990s. But their teams didn’t get along quite as well as their coaches do.

Akuwovo fouled Jackson hard on a drive to the basket midway through the second half. In the commotion that followed the Flagrant 1 foul, Sanogo was called for a technical foul as he argued with Binghamton’s John McGriff.

UConn entered the game shooting 50.5% from the floor, but it missed 13 of its first 14 shots against Binghamton. Still, the Huskies trailed only 7-4 despite that poor offensive start.

Jackson’s dunk off the 12th miss finally got the Huskies going, sparking a 9-0 run.

After Binghamton took that early three-point lead, UConn scored 19 of the game’s next 21 points.

UConn took a 37-22 lead at halftime. It was the fewest points the Huskies had scored in any half so far this season.

Longtime UConn coach Jim Calhoun has some time on his hands again, and Hurley wouldn’t be surprised to see Calhoun at a lot of the Huskies’ practices this season. Calhoun, 79, stepped down Thursday as the coach at Division III Saint Joseph.

“I hope so. It’ll be great to see Coach around,” Hurley said. “The downside for me when Coach decided to stay coaching — it was awesome to see, it was inspirational to see, like a true coach continuing on because he loves being a coach, molding young men, and winning. But to not have him around during the winter as a resource has sucked. The fact that Coach is going to be around a lot is awesome. That’s going to be great for me who is still a relatively young coach.”

Calhoun retired as UConn’s coach in 2012 after winning 625 games and three national championships at the school.

UConn: The Huskies scored at least 87 points and won by at least 24 in each of their first four games. They have not faced a very difficult schedule as of yet, however. UConn’s opponents are a combined 2-16 this season.

Binghamton: Binghamton is 0-15 in its history against ranked opponents. The closest it has come to victory was a 75-54 loss to No. 19 Syracuse in 2003.

UConn heads to the Bahamas for the Battle 4 Atlantis, opening against Auburn on Wednesday.

Binghamton is idle for seven days before it plays its first home game, Nov. 28 against Hartwick.