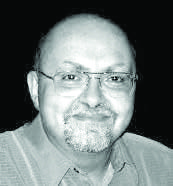 About a month ago, I walked out onto the deck of my home, morning coffee in hand, and looked around my yard. I live in a beautiful, quiet, secluded neighborhood where the only people that I see are my neighbors and the occasional visitors that come to our home and those around us. Our backyard is like a wildlife sanctuary where birds, deer, groundhogs and squirrels regularly visit. My home provides me with many moments of peace, and the animals and birds that grace us with their presence, reminds me of something that I have known for quite some time now:

If we are open to it, we can become aware of valuable teachings that our two and four-legged non-human friends can reveal to us.

While drinking my coffee, a brown and white rabbit made itself known to me. I watched her as she cautiously explored in my backyard. She would take a few steps, stop, look around, and then take a few more steps. Occasionally, she would stop and rest in the grass, before repeating  the pattern. Eventually, she scampered out of my immediate view.

I have learned that when any animal makes themselves known, that we need to pay attention to what they are trying to teach us

With that in mind, I looked up Rabbit in Jamie Sams and David Carson’s book Medicine Cards. There was one word that stood out as it relates to Rabbit medicine……… Fear. Here is some of what Sams and Carson have to say about the significance of Rabbit:

“This card may signal a time of worry about the future or of trying to exercise control over that which is not yet in form—– Stop now! Write your fears down and be willing to feel them. Breathe into them, and feel them running through your body into Mother Earth as a give-away.” Sams-p.158.

The concept of embracing fear and other emotions that don’t constitute happiness can be an empowering step towards acceptance and embracing a peaceful perspective in the aftermath of facing all kinds of life challenges or new experiences.

I recently went to Golden Colorado, for my son and Jeannine’s brother Matt’s wedding. During my time in Colorado, I experienced some fear and nervousness about driving in a state that was unfamiliar to me. These feelings were somewhat strange to me, because I have driven for over forty-five years and in other locations that were not familiar to me. I surmised that I had two options: 1) suppress the fear until it went away  or, 2) make friends with it, so that it did not hold any power over me.  I opted to make friends with my fear. Doing this allowed me to acknowledge its presence and subsequently, allowed me to develop another skill to diffuse it. When my fear surfaced, I would take a breath and simply affirm that I was capable and competent to handle my new driving surroundings. As soon as I started to drive, my fear dissipated.

I  still can’t put my finger on why specifically why I experienced the degree of fear that I did, but, in retrospect, perhaps the process to manage my fear was more important, then the factors contributing to it.

There was a time in my life where I attempted to suppress a part of my existence that was too emotionally draining to face day in and day out. Approximately two-and-one-half years after my daughter Jeannine’s death, I became tired of living the life of a bereaved parent. So, one day, I just stopped trying to live that life. I just wanted everything to be back to the way it was before Jeannine died.

My desire to suppress my bereaved parent status was motivated in part by my fear or dismay over having to continue to live my life without my daughter’s earthly presence, and perhaps doubt that I could effectively walk the path of a bereaved parent for the rest of my life.  I also believe that my act of suppression was a misguided attempt to regain some form of control during the most chaotic time of my life.

Suppression did work…. for a while.  In time, I became miserable because I cut myself off from meaningful grief support . In time, I opted to acknowledge my identity as a parent who experienced the death of an adult child. In the process, I took the necessary steps to achieve acceptance of my new reality and find meaning and renewed purpose because of it.

Dave Roberts, LMSW is a retired addiction professional and an adjunct professor of psychology at Utica College. He is a past HuffPost contributor and a speaker on grief and loss locally and nationally. Dave is also the chapter leader for The Compassionate Friends of the Mohawk Valley. Dave may be contacted at: bootsyandangel@gmail.com.