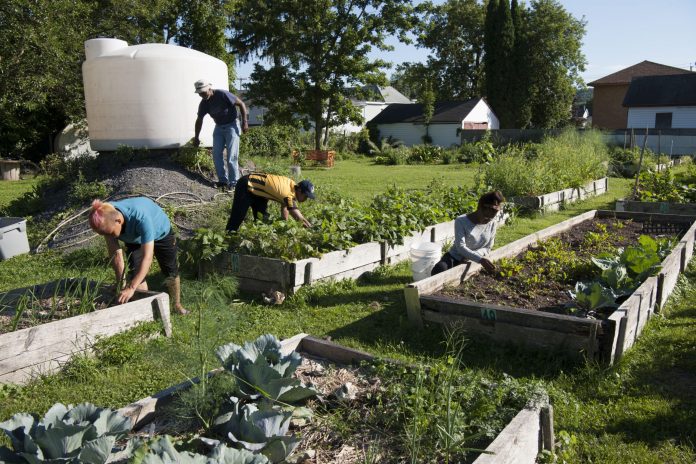 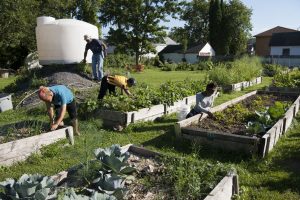 The Community Gardens, Land Theft and Corruption under the cover of COVID 19 lockdowns….  By Natalie M. Williams

We hope to greet you on Saturday, November 6 and Sunday November 7 from 12 Noon to 4 pm.  At both the Linwood Place, on Linwood Place; between South & Eagle Streets  and The Jay Street Community Gardens, on Jay Street, between Mohawk & Hubble Streets.

The five main questions a reporter asks are:  Who, What, Where, When and Why?

In the case of the transfer of ownership of the Community Gardens; the most important one here is WHEN?

When did Oneida Country ‘sell’ the Linwood Place lot properties upon which the Community Gardens sit? And WHO – benefits and loses as a consequence? The answers to those who benefit are: Drozdov & Sons Construction Company, and The County of Oneida. The losers being the Black, Red & Brown community, For The Good, Inc. and  Cassandra Harris Lockwood.

The answers are clear: WHEN was in September 2020, at a time when the Oneida County offices, Utica City Hall and the Courts were all closed due to ‘Covid-19’ contamination fears.  As these maneuvers were made behind the back of the community, in an obvious grab for the ‘real estate’ these gardens occupy; Cassandra Harris-Lockwood and the Board of Directors of FTG were given no notice for them to take action to secure and protect these lands.

An Urban Renewal Agency meeting recently held in October 2021 makes it clear that the City of Utica intends to hold on to the Jay Street Garden property, three contiguous lots, in the event of a housing developer’s possible interest in the lot sites sometime in the  future. 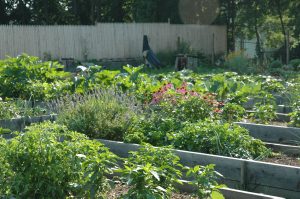 Who loses? Cassandra Harris Lockwood, her agency For The Good and the community.  Let’s not mince words…  Part of this maneuver just may be designed to punish  Cassandra for her criticism of certain ‘philanthropic funding agencies’ and the local status quo for failing to fund the Black community.

“Building community while we grow good food” is the slogan of these spaces and it couldn’t be a more perfect slogan. These gardens have become a place where children and families can gather in pleasure, productivity and safety. Foreign dignitaries have been received here. Native people have come to bless and honor the Earth Mother in these gardens.  They have become a destination for visitors and tourists. They have been the site of celebration, song, and drumming. They are places where boys can be something other than competitors. They are place where girls can be strong and able. 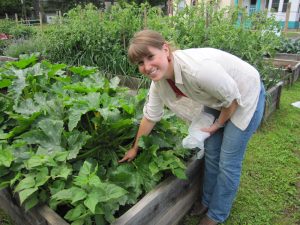 These gardens have provided the only location in the City of Utica where people from all over the world can and have gathered with a common goal, a common love of the land in camaraderie to share in the joy and satisfaction of growing their own food and sharing it with others.

Many of the gardeners don’t even speak the same language yet they work side by side in these gardens to keep them growing and productive.

It has often been the scheme of the ‘White man’ to segregate, alienate and starve ‘us’ for centuries in an effort to maintain supremacy.  I submit that these tactics are still in play today.

On the other hand, many White men have given generously to these gardens. Attorney Pertz was the first. His original donation established the Linwood Place Gardens in 2008. In 2009 managers from Walmart Distribution Center bought the wood and built out the Jay Street Garden. Volunteers from Bank of NY Melon built the pergola on Jay St. 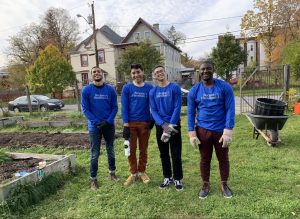 WHY – is the biggest question of all; and of course, it depends on who is answering… In my humble opinion, the entire action has been designed to attack Cassandra Harris Lockwood and the ‘Black’ community; by depriving us all of the dignity of a place to grow food, contribute to our community members and physically gather on what can be considered ‘our land’.

Perhaps they will claim that this was an “administrative error, and that this result was not their intent”.  If so, they have had more than a year to correct the issue, and have chosen not to.  I interpret this as an attack on the [ Black, Red & Brown ] community. – who hardly have anything and largely own nothing; by a system designed to perpetuate that end…

“They” might make statements which remove themselves from responsibility; but the research that I have done suggests otherwise. The legal options are being investigated; and after all is said and done; what is really going on is called Land Theft.  And it is not a surprise that the community is the victim, and that Cassandra is the target. 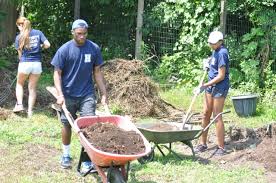 Cassandra Harris Lockwood has been critical of the Community Foundation for failing to fund ‘Black led’ projects. They counter with front page stories in the Utica Observer Dispatch [OD] about how they gave some chump change to this or that group; often showing a poster child’s Black face as the beneficiary.  All the while, they hold millions of dollars of funding, to dole out to those they deem ‘worthy’ who play their game .

What it speaks to is the continued betrayal of us by the ‘White man’ – whether he presents himself as the County of Oneida, The City of Utica, or some land grabbing developer –  Black & Native People have historically learned this lesson in the most painful of ways…  Their tactics are often the same.  Kill them, starve them, push them off of their land, force them to do work for which they do not profit from.  Keep them miserably impoverished so that they, as a group, are not uplifted. 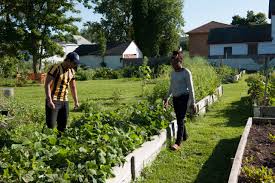 Pick a few of them to ‘represent’ the rest. [ But the white man’s hand-picked ‘Head Negro in Charge [HNIC], will ultimately answer to him, and be immediately dismissed should s/he fail to perform.  These sell-outs will do as they are told.  This HNIC will fail to act in the interest of our community. This is said in recognition that a likely future tactic will be to put a ‘Black face in a high place’ in an effort to assuage the forthcoming agitation. To that I say, go with the ‘Black face’ with the proven track record for realizing a vision for our community; Cassandra Harris Lockwood. Go with For The Good Inc.

We have been noticing this phenomenon for over 400 years.  I ask today in the year 2021 –  Can’t Black people own nothin’? Or do anything, for ourselves and for others?

Our Haudenosaunee ancestors stated the matter quite plainly – “They do not ever honor their treaties”.  Almost fifteen years ago; Cassandra had made an ‘agreement’ with the City of Utica under the auspices of Mayor Roefarlo, to create the Community Gardens on lots which had originally been planned for low income housing.  As these lots had become littered and neglected, For The Good, Inc. organized the community to clean up these spaces and create the Linwood Place and Jay Street Gardens.  The results have been remarkable – A little piece of nature in the City.  A place to touch the earth and grow food.  A source of ‘home grown’ food for the gardeners, the community and neighborhood soup kitchens.  A learning space for children and adults. 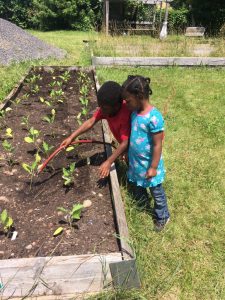 Genocide, land theft, segregation; and even the eradication of the history of these actions were used against us by the White colonists.  I submit that their crimes against us continue to this day, through their actual or corporate descendants.  Sure, there will be finger pointing, and claims by these agencies and politicians that ‘they did not intend for these events to happen’; but the situation presenting itself is clear.

The Linwood Place Garden is in jeopardy because of administrative decisions on the Oneida County level which – if they get their way – will rob the ‘Black, Brown, Red, Yellow and White community’ of their Community Garden Spaces.  The ‘real estate interests’ have been set up to take the lands; which will be used for the profit of real estate developers, and the City of Utica & Oneida County will benefit  through tax revenues while the people will suffer..

The short term resolution to the problem is to arrange to have a responsible community organization keep charge of the land, in perpetuity, maintaining the tax free status it had under the agreement made with the then City of Utica Mayor Roefaro. It would make sense for that to be the organization which has been providing responsible stewardship to the land for the past 15 years –  For The Good, Inc. 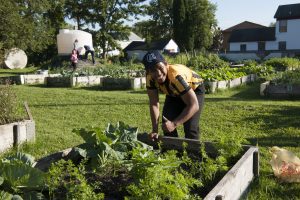 In recognition of these facts, Cassandra Harris- Lockwood’s organization: For The Good Inc, is examining legal recourse on the matter; and will keep the community apprised through this newspaper. More timely information may be gotten online at https://uticaphoenix.net.

The Utica Phoenix is the ONLY Independent newspaper left in the region.  As such, moneyed and corruptive influences cannot assert any control over what we report; and that is why you, dear reader, can get the truth.

All of this has made it important for all of us who live in Cornhill, and in the ‘minority community’ to celebrate what we have:  Two beautiful community gardens.  In celebration of them, For The Good invites the community to be (re)introduced, and help ‘put the gardens to bed’ – through selected plantings, and the harvesting of the remaining crops – in preparation for winter. 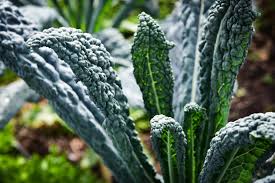 We hope to greet you on Saturday, November 6 and Sunday November 7 from 12 Noon to 4 pm.  At both the Linwood Place, on Linwood Place; between South & Eagle Streets  and The Jay Street Community Gardens, on Jay Street, between Mohawk & Hubble Streets.