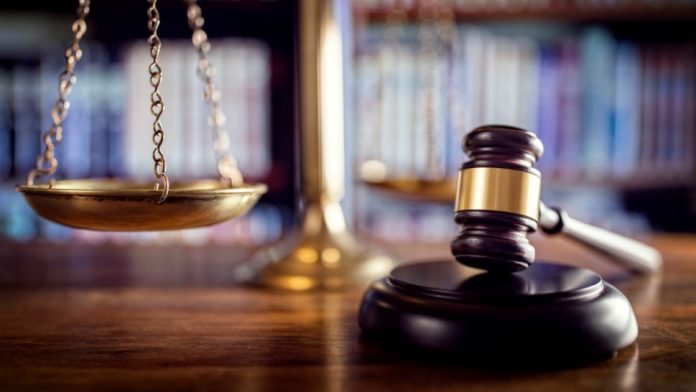 February 2022—This is a continuing discussion of Legal Myths and Reality, because those informed are always the most successful.

MYTH: Children charged with a crime in New York State have all the same rights as an adult in a criminal case.

REALITY:  New Yorkers are prosecuted in Family Court for crimes committed when they are under age 18.  Juvenile prosecution has been refined over and over during the last decades as science discovers more and more about the juvenile brain.

Now we know that the human brain is not fully matured until about age 25. However, despite such discoveries, a juvenile’s rights when prosecuted have been slow to develop. The most recent change was several years ago when a child was given NEARLY all the rights of a charged adult.  However, not all the rights.

Recently an Appellate Court issued a decision to further advance those rights.  Their opinion had to do with a child’s right to examine witnesses against the child (through the child’s lawyer, called a law guardian), and to challenge each witness.  The Court decided that a juvenile must be given the same information necessary to defend themselves as an adult receives.

In this case a juvenile was charged with criminally possessing a weapon.  Among the witnesses against him were 14 polices officers. The prosecution (presentment agency) intended to call 4 of the officers to testify against the juvenile. Of the 14 officers, 9 were involved in at least one pending lawsuit having to do with their performance as a police officer.  The juvenile’s attorney wanted information that would tend to discredit each officer and his/her testimony.

In keeping with the current law, the Family Court judge ruled that the agency need not provide the information.  The juvenile appealed this decision and the Appellant Court overturned this decision.

They decided that the juvenile was deprived of equal protection of the laws.  They found that he has the same right to have information to cross-examine witnesses as an adult criminal defendant.  The Court said that the need for impeachment material is as crucial to a juvenile proceeding as to an adult criminal proceeding.  They also reminded us that not all provisions of the adult procedure law apply to a juvenile case.

The Appellant Court intends this case to advance juvenile law and to serve as a suggestion to the New York State Legislature to write a law that will cover this issue.

MYTH: Our criminal legal system was invented from the time of the start of our country.

REALITY: Our legal code is based on the English Common Law, which was developed in England after 1066. However, because the Romans were in England and Wales for about 400 years starting around 43 AD, the developing English was influenced by four main principles of Roman law. These are:

(1) A charged person is innocent until proven guilty; (2) The accused can face their accuser; (3) The accused can offer a defense and is entitled to a trial; and (4). Guilt must be proved “cleaner than daylight.” (We say “beyond a reasonable doubt,” the same thing).

All of these principles are amazing, but development of the first one is almost unbelievable!  It seems natural that if I accuse you of a crime, and you deny doing it, that you should be expected to show proof that you did not do it.  For instance, if I say that you hit me, you may say, “I did not and my neighbor will tell you that I was not even there.”

And yet, the Romans, with their brilliant law codes, reversed the natural process by requiring that I prove you were there and hit me. Until then, you are presumed to be innocent.  We have adopted this principle and maintained it for over 2000 years! Why fix a principle that is not broken! What an amazing advancement of justice!

For comparison, Mediaeval Wales worked differently. An accused could deny the charge under oath, and then find a certain number of persons to swear under oath that they believed the oath of the accused.

This is called compurgation.  For a homicide, the accused had to find 300 people who would swear to the accused’s honesty.  If you once lied as a compurgator, you could never be called again.

MYTH:  In the event, hopefully rare, that a prosecutor commits misconduct against a New Yorker in a criminal prosecution, the New Yorker has nowhere to turn to complain.

REALITY:  Historically, a defendant who believes that the prosecutor against him/her committed an ethical violation that had a bad affect on the defendant’s conviction would have nowhere to turn except to an appeals court.  In the end of 2021, Governor Kathy Hocul fulfilled the law made by the Legislature in late, 2021, creating an independent commission to govern prosecutors’ conduct.  The Commission has been given the authority to conduct hearings, send subpoenas, examine witnesses, and require the production of records and evidence.

The Governor recently appointed three men to the commission (no women). When fully implemented, the Commission will have eleven members.  Four of them will be appointed by the Governor, two by the State Senate, two by the State Assembly, along with the three just appointed.  The Governor is required to appoint two retired judges (one from the defense and one from the prosecution sides of the law), and one full time law professor or dean who has experience in criminal law.

This is the second time that the Legislature has addressed the issue of prosecutorial conduct.  The first law was passed in 2018.  This law was struck down by a court on the grounds that the law was a violation of the separation of powers between the executive branch (the governor and all offices appointed by and derived from the governor) and the legislative branch (the New York State Assembly and the New York State Senate).  Many hope that this new law has corrected the errors of the 2018 law.

Both laws were opposed by the District Attorneys Association of the State of New York.  This organization believes that district attorneys and assistant district attorneys can capably govern, control and police themselves. The legislators, defense counsels, and Governor disagree.