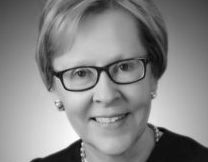 In June of this year, New York State passed two bills that address this issue. Previously, when giving up a child for adoption, a parent’s right to privacy (and hence, identity) was protected from disclosure to anyone. Now, a new bill allows an adoptee over the age of 18 to obtain their long-form birth certificate. This certificate contains the full names and addresses of their birth parents. Adoptees have been seeking such information for many years. Some have spent large sums of money to find this information, often without success.

To many adoptees, having the information is more important than ever, as science continues to reveal information about genetics and tendencies towards particular illnesses or disease. In the past, if you had the money, you could obtain this information with the help of private detectives. This forthcoming bill, still unsigned by the Governor, will allow access to all of the child’s desired information without the cost of a private detective.

A second bill, passed by the Legislature and not yet signed by the Governor, is the Preserving Family Bonds Act. This law will apply when parental rights to a child were cut off by court order, with the child being permanently removed from the parent’s care. Under this law, a Family Court judge can decide whether or not a child can contact the birth parents. The judge will consider, after proof, if such contact with birth parents may be harmful to the child. However, some studies show that such contact is mostly positive for children, depending, among other things, on the age of the child. The hope is that said contact may help prevent the child from self-harming, and might give the child access to family medical history. The judge will decide whether contact would be in the child’s best interest, which is the standard for most of these types of decisions around the world, not just in the U.S.

MYTH: If someone is injured and subsequently sues and wins a money judgment, little further action is required to collect the judgement.

REALITY: From time to time, a defendant (a person or a corporation) tries to hide assets before, during, or after a lawsuit in order to avoid having to pay a money judgment to a successful plaintiff.

This is especially relevant now, with big judgements coming against the Catholic Church or the Boy Scouts for example. A defendant might transfer his (or it’s) assets to relatives or friends, and, in some cases, he may even go bankrupt to avoid paying the judgment to the plaintiff.

A person who has been sexually abused can sue the abuser much more easily now than he could in the past. Right now, a successful plaintiff trying to collect the judgment must prove in court that the defendant’s transfer of assets was done with the purpose of fraudulently defeating a judgment. An example of such a claim would be a fatal car accident where the guilty party transfers a house, savings, etc. to a spouse or third party to avoid paying the judgment. In other words, the successful plaintiff must prove what was in the defendant’s mind when the transfer was made. That isn’t easy in many circumstances. The New York State Legislature has passed a bill to assist the plaintiff in collecting the judgment.

The bill, called the Uniform Voidable Transactions Act, would provide assistance to those seeking to collect a money judgment where assets have been transferred. The Governor has not yet signed the bill, which means it is not yet a law, and may not become a law. The New York State Court system has assigned forty-five judges – in different counties – to handle lawsuits that target individuals accused of abuse, including the Catholic Church, the Boy Scouts, schools, daycare centers and organizations representing foster care parents. Collecting a judgment where there has been a fraudulent transfer of assets could become less difficult to achieve and less slow-moving than it currently is. Those receiving the fraudulently transferred assets, as well as those making the transfer, may be subjected to deposition under oath – in addition to other procedures – to determine if the transfer was fraudulent.

MYTH: The Board of Elections, in any particular county, is not required to follow mandatory rules.

REALITY: The Board of Elections is composed of employees who have been recommended by the Democratic and Republican parties; no third parties are represented.

Some believe that the Boards should be made up of civil service appointments, and not politically appointed individuals. However appointed, each Board is bound by strict laws and regulations. Since the two major parties are equally represented, there are checks and balances. Each person watches every other person and no ballot can be moved without a representative from both parties. In order to bring our county elections into this century, it may be appropriate to overhaul some of the rules. With some minor changes, the Board of Elections’ laws and regulations should continue to serve the State well into this century.

If legal issues pertain to your life, it is wise to consult a lawyer. This discussion is not intended to render legal advice on specific cases or express an opinion on any specific case.