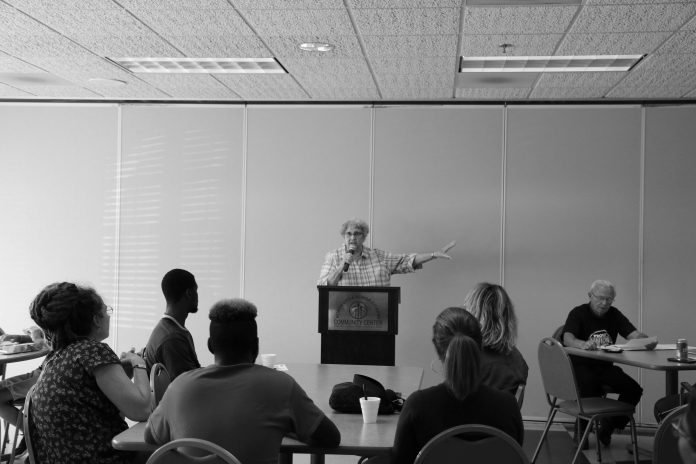 Utica city schools bus drivers and monitors have filed with the National Labor Relations Board requesting they be recognized as a part of the union CSEA.

The workers began their effort to join CSEA after their safety concerns and staffing concerns had gone unaddressed. Earlier this year, a group of parents contacted the Observer-Dispatch to report that they were fed up with the rampant mismanagement which is putting their children at risk.

Birnie Bus recently changed hands and is now owned by The Krapf Group (but retained the familiar Birnie name). They were awarded a nine million dollar contract with the Utica City School District for three years, at an increase of one million dollars from when the contract was originally negotiated.

Workers hoped that the new company would bring needed changes. That fizzled as parents and workers realized their voices were not being heard.

One major concern is that the extra million dollars are lining the pockets of executives while the company refuses to address safety issues stemming from substandard wages, benefits and working conditions. Keeping committed drivers and monitors is tough when they are not fairly compensated for the work they do. This inability to attract or retain drivers negatively affects scheduling. Management has been instructing workers to double up on runs to cover unfilled positions putting undue strain on drivers and monitors who would rather be focusing their attention on the road and the children.

As school bus workers, Utica drivers and monitors know that when they join together they have the power to make a difference. They understand the connection between labor and safety and what that means for the safe transportation of Utica’s children, which is of utmost importance.

Joining together as a union for a seat at the table harnesses that power so they can have a say— not just the company’s bottom-line calling the shots.

CSEA already represents tens of thousands of school bus workers. Kenny Greenleaf, CSEA Central Region President, whose region includes Utica, knows first-hand as a school district employee how valuable it is to have a union.

‘In my experience over the years, union-represented employees are able to negotiate better wages and benefits. I feel employees are treated with more respect when they have a union. It gives them the opportunity to sit at the table with management and collectively work on solutions. This boost in morale is good for the students, staff, and community when everyone is working collaboratively,” said Greenleaf.

Workers approached Birnie Bus management giving them the opportunity to voluntarily recognize the union and they refused. The next step is to prepare for a union election for the 243 member group.

“We are anticipating push-back but we’ve been through this before. We are stronger now than we have ever been. We are ready. We are committed and we are united. We know a union is what we need to make a big difference for us and our community,” said Bus Driver Gary Zayas. “We can come to the table as equals to be heard. We can negotiate better for us and safer for the children. We have the power with a union to make changes that will ease parents’ minds and ensure a better Birnie Bus for us all.”