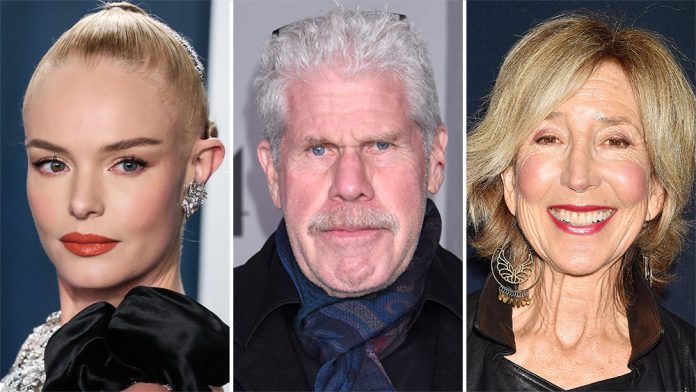 In Carrier, when a mysterious phenomenon leads to mass chaos, a splintering family escapes to a small island…but their troubles are only beginning.

The movie is among the first projects for Renee Tab and Christopher Tuffin’s recently minted sales firm Sentient Pictures International, which is handling world rights at the virtual EFM, which wraps this week.

Principal photography is slated to commence in fall 2022 in Europe and will be produced by Extraordinary Entertainment’s Harlin and Daljit DJ Parmar, alongside SPI’s Pierre Morel, Renee Tab and Tuffin.

“Josh and Matt have created a spellbinding screenplay, which provides me with an arsenal of exceptional characters, non-stop twists and turns, and groundbreaking action. Our fantastic cast, led by Kate Bosworth, Ron Perlman and Lin Shaye is a genre enthusiast’s dream come true,” said Harlin.

There will also be a play-to-earn NFT element to the movie. Explained Parmar: “We couldn’t be more excited about partnering with SPI to create a world class film, with the potential to expand the Carrier universe into different verticals including the new groundbreaking blockchain video game industry. We have partnered with Distributed Ledger Entertainment and brought on leaders and advisors from the film, gaming, and blockchain industries, including Michael Yeates, the founder of Alien Worlds, which is one of the top three games in the space. We are excited to announce the upcoming Carrier blockchain game and a high profile NFT event in March.”

Added Yeates: “For the first time ever, viewers will be able to experience a play-to-earn digital game, in which they can own NFTs based on characters and weaponry portrayed in the Carrier movie. This is a brand new and engaging way for film IP and gaming to engage blockchain technology.”

Bosworth is well known for Superman Returns and Sony Pictures Classics’ Still Alice. Recently, she starred as KC in the Netflix sci-fi series The I-Land. Upcoming projects include The Enforcer opposite Antonio Banderas and Netflix’s Along the Ride.

Shaye is best known for her role of Elise Rainier in the smash Insidious franchise alongside Rose Byrne and Patrick Wilson. She has also starred in horror films such as Ouija, The Final Wish and The Grudge. She received a 2020 Daytime Emmy for Outstanding Guest Performer in a Digital Drama Series for Eastsiders on Netflix.

Bosworth is represented by APA and Yorn Barnes Levine. Shaye is repped by Buchwald Agency and Rugolo Entertainment. Perlman is repped by Gersh and Link Management.