Judge Schroeder allowed Kyle Rittenhouse to draw jurors from a 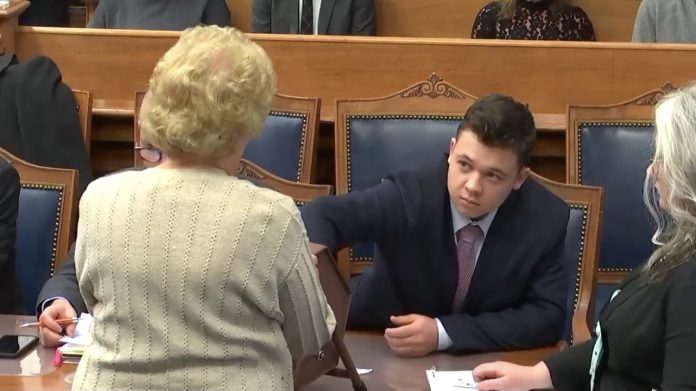 Jury deliberations began on Tuesday in the trial of Kyle Rittenhouse. Eighteen jurors sat for the trial and Kenosha County Circuit Court Judge Bruce Schroeder allowed Rittenhouse, the defendant, to draw the six slips of paper with numbers to determine which jurors would be alternates and which 12 would decide the verdict, The Associated Press reports.

Here’s the full video of #KyleRittenhouse randomly drawing the six jurors who will be held as alternates. #RittenhouseTrial pic.twitter.com/g8jIKH4RCj

While there is no rule against a defendant selecting their own alternate jurors from a raffle, generally this role is given to clerk of courts, according to reporting by The AP. Rittenhouse is facing charges for allegedly killing two men and wounding a third during a protest against racial injustice in Kenosha, Wisconsin, last summer.