Is the recent corona virus, COVID-19 a biological weapon? 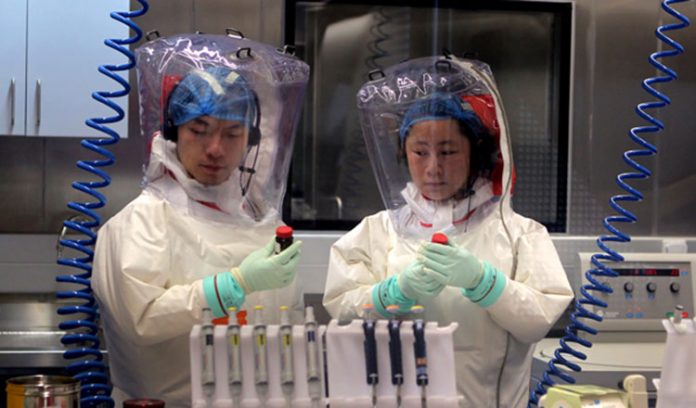 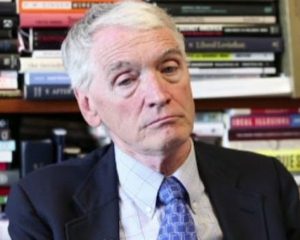 Is the recent corona virus, COVID-19 a biological weapon? Francis A. Boyle thinks so. He is a professor of international law at the University of Illinois College of Law and the author of the book Biowarfare and Terrorism. Professor Boyle drafted legislation for the biological weapons convention that passed unanimously in both houses of the congress and passed into law by president George Bush Sr.

The media has reported that this virus originated in Wuhan, China.

Boyle claims the “smoking gun” is a study published in the journal Antiviral Research on February, 10th, 2020, conducted by three scientists from France and one from Montreal. In their genetic analysis of the Wuhan corona virus they said that certain characteristics of this virus may provide it with gain-of-function for efficient spreading in the human population compared to other coronaviruses.

Boyle states the term gain-of-function [GOF] is a tip-off that this is an offensive biological warfare agent.

An article from the journal of Science and Engineering Ethics titled “Gain-of-Function Research: Ethical Analysis“ helps to explain this term. The author states Gain-Of-Function research involves experimentation that aims or is expected to increase the transmissibility and/or virulence of pathogens.

This article also relays that in 2014 the administration of US President Barack Obama called for a “pause” on funding (and relevant research with existing US Government funding) of GOF experiments involving influenza, SARS, and MERS viruses in particular. This pause applies specifically to experiments that “may be reasonably anticipated to confer attributes … such that the virus would have enhanced pathogenicity and/or transmissibility in mammals via the respiratory route.”

According to Science magazine U.S. officials grew uneasy after the publication of new GOF papers and several accidents in U.S. biocontainment labs. The White House expected the funding pause to end in 2015 with the adoption of a Federal policy regarding gain-of-function studies. In December of 2017 National Institutes of Health (NIH) lifted the ban on GOF research.

Boyle says gain-of-function means the virus is DNA engineered to be more lethal and more infectious. And this type of GOF research is so dangerous it can only be conducted in BSL-3 or BSL-4 laboratories. BSL is an acronym for Bio Safety Level. Additionally Wuhan is home of the only declared BSL-4 laboratory in China.

The Wuhan BSL-4 lab is also a specially designated World Health Organization (WHO) research lab. Boyle thinks the WHO knows COVID-19 is a bio-weapon. This lab opened in 2017 and is around 20 miles from the fish market that some claim to be the source of COVID-19.

On a side note, the Wuhan Center for Disease Control & Prevention is 900 meters from the fish market in question. This is noted in a pre-print of an article from South China University of Technology titled “The possible origins of 2019-nCoV coronavirus.” This center hosted animals in laboratories for research purposes. In one of their studies 600 bats were captured. They conducted pathogen collection and identification.

The man who collected the bats for the center was known for collecting viruses and described that he was once by attacked by bats. The blood of a bat got on his skin. He knew the extreme danger of the infection so he quarantined himself for 14 days In another accident, he quarantined himself again because bats peed on him.

Boyle says this corona virus is basically SARS. SARS is already a weaponized version of a corona virus that has leaked out of that laboratory at least twice before. Then it was given Gain-Of-Function properties which basically means it can travel by air for at least six feet and is more transmittable and lethal.

The SARS virus – which between 2002 and 2004 infected 8,098 people and killed 774 – escaped from high-level containment facilities in Beijing multiple times, notes Richard Ebright, a molecular biologist at Rutgers University. 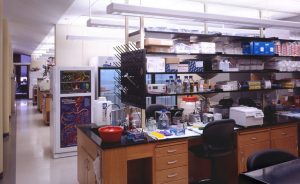 e,” on November 9th 2015. The research for this article was conducted at the a BSL-3 laboratory at the University of North Carolina, in Chapel Hill.

Professor Boyle had previously condemned this laboratory for using GOF on MERS (Middle East Respiratory Syndrome). The MERS virus is like SARS but more lethal with a 33% fatality rate. The University of North Carolina was doing GOF work to make it more lethal.

In the article they admit they were doing GOF with SARS virus. Part of their team was Zhengli-Li Shi who is listed as Key Laboratory of Special Pathogens and Biosafety, Wuhan Institute of Virology, Chinese Academy of Sciences, Wuhan, China. You can see this clearly stated on the study.

In the footnotes of this article, Boyle points out, it states the study was started before the 2014 pause on GOF research, and has since been reviewed and approved for continued study by the NIH. So of course they knew how existentially dangerous it was.

Boyle says that China gave a grant to the University of North Carolina to get their scientist in on this extremely dangerous NAZI type biological ware work. So instead of stealing this technology, China bought it and their scientist took it back to the Wuhan lab.

Grants were also given by the National Institute 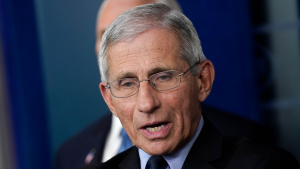 of Allergy and Infectious Diseases whose director at the time, and still today, is Tony Fauci. Boyle accuses Fauci of lying about the nature of COVID-19, covering up and doing damage control, adding “that about 95% of this, NAZI-type, hideous bio-warfare work is approved and funded by Fauci.” The NIH also supported the University of North Carolina and the Wuhan scientists doing GOF with the SARS virus.

The North Carolina Lab got their cells from Fort Dietrich which is the US major facility for R&D and stockpiling of biological weapons. The scientists at the University of North Carolina made it clear they were increasing pathogenicity of SARS with their GOF activity. The UNC article specifically states “scientific review panels may deem similar studies…too risky to pursue.”

The final article Professor Boyle cites is Archives of Virology 2010, volume 155. This is research done with an institute in Australia working with Wuhan scientists to DNA genetically engineer SARS and HIV to make a weapon. The Australian institute was awarded a grant from China to do this work with their scientists. Here again, Boyle asserts, they bought the technology, they didn’t steal it.

Professor Boyle’s interpretation of these three articles is the Wuhan scientists took these viruses from North Carolina and Australia back to the BSL-4 in Wuhan and tried to genetically engineer it all together as a potent biological warfare weapon. This would be a combination of SARS which is already a weaponized corona virus add to that GOF properties and HIV.

Scientists in India conducted an analysis of the corona virus and HIV was clearly in there, says Boyle. He said the only other time we had seen a biological weapon this dangerous released on the public was the Ameri-thrax, in October 2001. This came out of Fort Dietrich.

Boyle says we cannot trust the CDC on this issue or NIH or Tony Fauci. They are fatally compromised to give any advice on corona virus. The WHO is up to their eyeballs in biological warfare and also cannot be trusted, according to Boyle.

Whether or not the recent corona outbreak is a biological weapon there are laboratories making dangerous viruses more deadly. These BSL-3 and BSL-4 laboratories leak deadly bio-weapons. They must be closed down. They are unsafe, immoral, and illegal.

Organic Consumers has a petition to Stop the Genetic Engineering of Viruses and Shut Down All ‘Biodefense’ Labs Immediately. Sign it here.