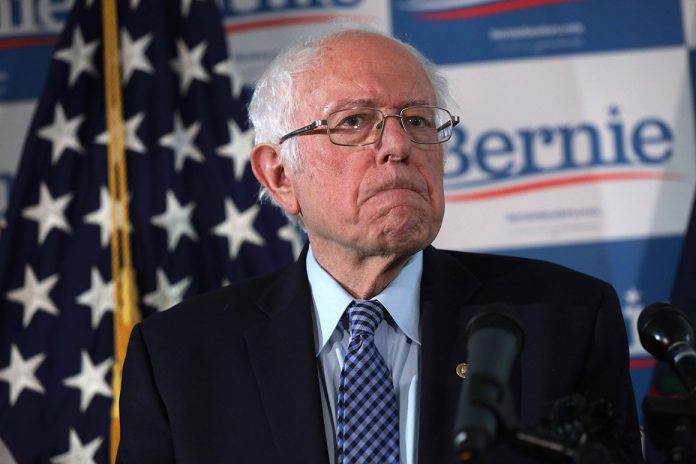 Utica, New York:  At a news conference in Utica this morning, an independent grassroots organization- CNY for Bernie – launched the local Bernie Sanders for President Campaign.  Its major focus will be to help Bernie win the New York State primary on April 28.

The group announced that they will be conducting a major grassroots mobilization to urge Democratic party voters to support Bernie in the primary. Targeting Oneida, Herkimer, and Madison counties, it will recruit people and organize a coalition of groups to knock on doors, host rallies and house parties, register people to vote, hold phone banks, and organize on college campuses.

Campaign organizers indicated that they are working with the Bernie Sanders campaign to have the candidate schedule a rally in Utica before the primary.  Local Bernie supporter Keith Rubino said: “Our group is urging Bernie Sanders and his team to make a pit stop in April before the New York Primary heats up.  Delegates are at stake and New York is a battleground.”

CNY for Bernie will hold its first public meetup event to recruit volunteers and plan outreach events at 6:30 pm on March 17th at The Other Side, 2011 Genesee Street, Utica.

Bernie is running on a platform championing economic, social, racial, and environmental justice for all.  He is committed to creating a Medicare for All, single-payer, national health insurance program to provide everyone in America with comprehensive health care coverage, free at the point of service.  He also supports raising the minimum wage, transforming our energy system to 100 percent renewable energy and creating 20 million jobs needed to solve the climate crisis, and providing guaranteed tuition and debt-free public colleges, universities, and trade-schools to all.  Bernie has a detailed plan to pay for his initiatives through enacting a wealth tax on the top 0.1 percent

In order to vote in the Democratic Presidential primary on April 28, voters must register in person at the Board of Elections or a New York State agency by April 3 or have their application postmarked by April 3.

Delvin Moody, who took office in January this year, said, “In 2020, we need a president that will not only take on Donald Trump but someone who understands the issues important to everyday Americans.  Bernie’s plan for America and for my community is the bold change this country needs. He is building a strong coalition and a people-powered movement that will finally put progressive policies on the agenda.  From housing and a living wage, all the way to climate change, Bernie has a plan. I am honored to support Senator Sanders to be the next President.”

Rubino, who ran for Assembly in the 118th District in 2018, expressed his frustration with the sudden gathering around Joe Biden stating, “Bernie represents the real deal.  We tried a middle of the road Democrat in 2016 and that didn’t excite enough people.  And now we’ve got a national party gathering around the same kind of candidate again— pushing him down the throat of progressives who are tired of being told to vote for someone ‘because they’re not Trump.’  We want someone who’s not just running to beat Trump but to change this country with actual policies that help and elevate middle class. This stagnant middle of the road approach is how we GOT Trump in the first place and I don’t know why we’re interested in trying it again with Joe Biden. The definition of insanity is doing the same thing over and over again.”

“Bernie Sanders is the candidate that will build a Green New Deal and a livable future for my generation. The climate crisis will disproportionately impact marginalized communities, and Bernie is the only candidate with plans to address the crisis with justice and equity.”

Shamariah Pratt, a local Bernie supporter, said: “I’m voting for Bernie because (amongst other reasons) no family should be forced to choose between financial stability and getting their children the medical care they need. Under the current for-profit system, our son’s 5-month hospitalization lead to us having to leave our new house, move across several states, and file bankruptcy. No other family should ever have to go through that.”

Facebook
Twitter
Previous article
Is the recent corona virus, COVID-19 a biological weapon?
Next article
“OK Boomer” Gen X and the Future of Generational Relations in the US