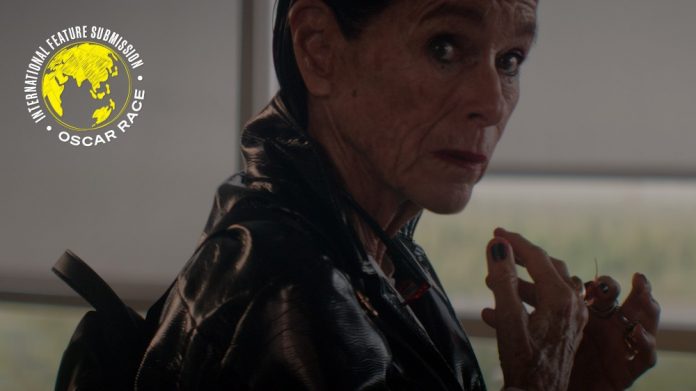 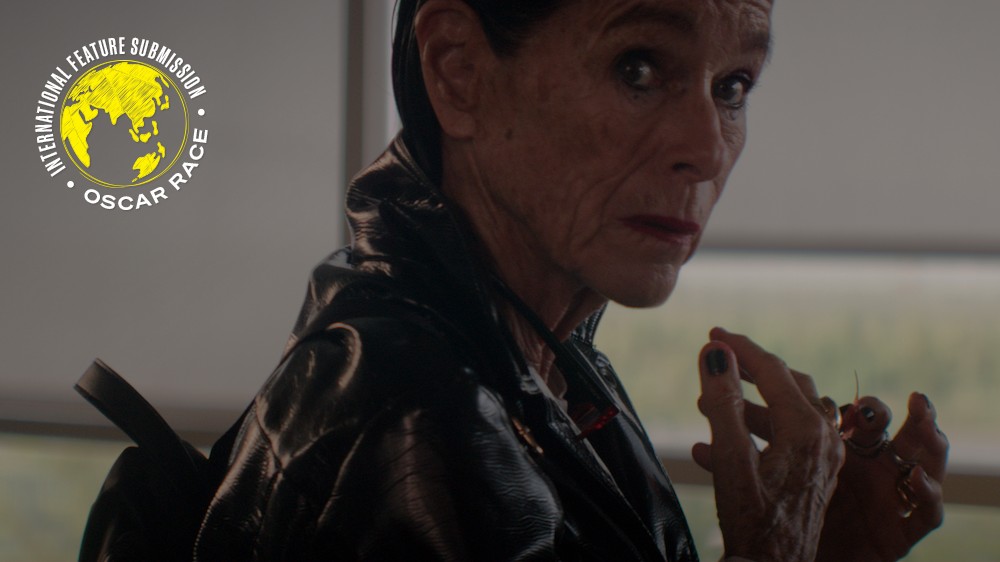 “Holy Beasts” doesn’t work on every level, but it hits the bullseye where it matters most: as a cinematic reclamation project in honor of the late Dominican director Jean-Louis Jorge. Murdered in 2000 at age 53, Jorge only completed three feature films, but his predilection for kitsch and blurring the line between dreams and reality could have eventually made him the homegrown answer to Pedro Almodóvar and Alejandro Jodorowsky.

In “Holy Beasts,” a commanding Geraldine Chaplin plays Jorge’s fictional friend, Vera, who has arrived in Santo Domingo to helm the late director’s never-filmed screenplay. To its detriment, the resulting tribute-within-a-tribute often plays like a private, alienating conversation between the filmmakers and anyone who knows more about Jorge’s work than you do. But this languid yet engrossing homage is alive with tasty characters and tantalizing, if underdeveloped, ideas and its polished production values bode well for future crossover arthouse success for the Dominican film industry.

Co-directed by Israel Cárdenas and Laura Amelia Guzmán, “Holy Beasts” is the first collaboration between the duo and Chaplin since her touching and vulnerable performance in the drama “Sand Dollars” (the Dominican Republic’s 2015 Oscar submission). Here we meet the prickly and arrogant Vera at the local airport, tightly clutching Jorge’s unproduced script for the vampire-saga “Water Follies” as if trying to channel the director himself. Appropriately vampire-chic with her jet-black hair, black-rimmed eyes and black leather jacket, she exudes an age-defying energy that makes one character advise another, “Don’t mess with Vera.” Upon arrival, she’s shuttled to her luxe accommodations by the film’s fast-talking producer, Victor, played by the terrific Jaime Piña, an actual friend of Jorge’s. As the pair reminisce about the Quaalude- and Valium-enlivened parties they enjoyed during the ’70s, the mingling of imagined characters and Jorge’s real confidantes emerges as the most intriguing aspect of Guzman and Cárdenas’ screenplay.

As much as money, insurance and weather can plague any production, the septuagenarian Vera is also fighting against time which adds a layer of melancholy. Vera strongly intimates that “Water Follies” will be her final film. The scene where she and Victor struggle to name one member of their ’70s social circle who hasn’t died is handled gently but nevertheless increases the pressure to create an homage that Jorge himself would approve of. To that end, she convinces the reluctant Henry (German-born wild card Udo Kier, effectively toning down his Teutonic menace for most of the film) to serve as choreographer.

Upon learning that her preferred cinematographer has passed away, Vera is forced to accept Martin, played by the late Luis Ospina, another real-life friend of Jorge’s. The DP carries with him faded copies of Jorge’s work including his first feature, 1973’s “Serpents of the Pirates’ Moon,” his campy UCLA thesis film that would mark the professional starting point for his distinctive style. We’re also treated to glimpses of Jorge’s second feature, “Melodrama”, which played Critics’ Week at the 1976 Cannes Film Festival and is a fictional take on the relationship between silent film icon Rudolph Valentino and actress Pola Negri.

Such remembrances teasingly suggest that Jorge’s spirit hovers over both the film Vera is making and the film we’re watching. But if Vera believes the dearly departed director has somehow blessed her film, she’ll soon wonder if he’s cursed it instead. When Vera strongly disapproves of the set designs that Victor commissioned without her input (“Kitsch is in!” he argues), she wonders with head bowed, “What would Jean-Louis think of this?” Soon enough, the shoot goes downhill as performers turn up dead with bite marks on their necks and a climactic scene shot during a tropical storm ends in disaster.

Considering the story’s intimate scale, Cárdenas, doubling as DP, delivers an impressive amount of eye candy by shooting a good portion of the film at the gorgeous Casa de Campo Resort. His clean, unfussy lensing and the palpable tropical-gothic atmosphere are mixed with beautiful aerial shots that expand the film’s visual scope. Leandro de Loredo’s score, which includes a theremin interpretation of Debussy’s Clare du Lune, is used sparsely but reenforces the melancholy and the mystery.

While “Holy Beasts” swirls with thematic possibility and Chaplin, speaking fluent English, French and Spanish, is a transfixing presence, Guzmán and Cárdenas struggle to make all the pieces fit together. Taking inspiration from Jorge’s unfinished works introduces elements that even Jorge completists might be unfamiliar with leaving the uninitiated completely out in the cold. Whether Vera’s long-lost grandson (Jackie Ludueña), who tells stories of the Caribbean’s indigenous Taíno people, is based on a project or a passion of Jorge’s remains stubbornly unknown and the subplot fails to engage on its own.

The concept of vampirism is the most intriguing through line here, as the outgoing generation of artists represented by Vera and Henry feed on the energy of a dismissive and disrespectful younger generation in an attempt to gain immortality. But the best way for any artist to achieve immortality is through their art. Toward the end of “Holy Beasts,” Vera says her version of “Water Follies” is not the one Jorge would have made but he should accept it as her gift to him. One can say the same for “Holy Beasts.” Guzmán and Cárdenas’ film often speaks in a code too indecipherable for the Jorge-unenlightened to understand but it’s a heartfelt gift to the late director and a small step toward a well-deserved reconsideration of his place in Dominican film history.