Broadway Utica
HomeEntertainmentHillary Rodham Clinton Novel ‘State Of Terror’ To Be Made Into Movie...
Entertainment 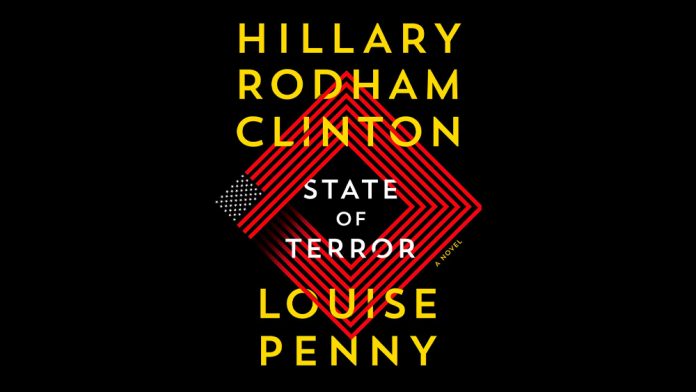 Madison Wells, Gigi Pritzker’s award-winning, independent entertainment company, has acquired and will develop a feature adaptation of State of Terror, the best-selling novel by former Secretary of State, U.S. Senator and First Lady Hillary Rodham Clinton and New York Times best-selling novelist Louise Penny. This high-stakes thriller of international intrigue follows novice Secretary of State Ellen Adams, who is unexpectedly brought into the administration by a newly-elected President, her political and personal adversary. Events soon erupt that sweep her into a world of global intrigue and diplomacy where the stakes could not be higher and the potential consequences, both personal and global, could not be greater.

Both Clinton and Penny will serve as Executive Producers as well as consultants on the film, whilst HiddenLight Productions (founded by Hillary Clinton, Sam Branson and Chelsea Clinton) will produce.  Pritzker and Head of Film and TV Rachel Shane will produce for Madison Wells.

Madison Wells recently unveiled its new look and identity at the end of last year in an effort to better reflect the company’s commitment to be a champion of the voices of both established and up-and-coming storytellers in the belief that good storytelling sparks important conversations. The acquisition of State Of Terror follows other important rights acquisitions by Madison Wells including Emily Nagoski’s seminal tome on female sexuality, Come As You Are, which is being developed for Film/TV and podcasts.  Madison Wells is also developing Emma Straub’s All Adults Here for tv, with Sarah Hayward attached as Executive Producer.