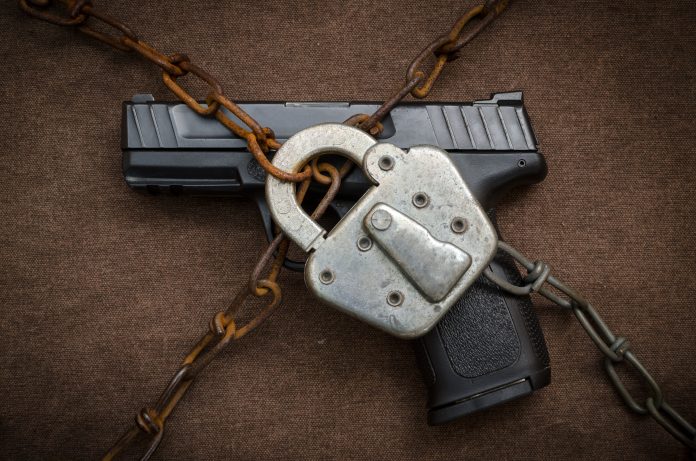 Governor Hochul today led the first meeting of the Interstate Task Force on Illegal Guns. The multi-state consortium convened to share intelligence, tools, tactics, and strategies to combat gun violence, especially as it relates to the trafficking of firearms between states. Among other things, the State Police discussed the latest tools and technologies available as well as analysis of the federal Bureau of Alcohol, Tobacco, Firearms and Explosives (ATF) and other data sources in furtherance of this endeavor.

“Gun violence is a public health crisis driven by a plague of illegal guns flowing into New York from out of state,” Governor Hochul said. “We are taking action to tackle this crisis head-on, and this collaboration with our local, interstate, and federal partners will help stop the flow of illegal guns and save lives.”

The group will have a follow-up meeting in the coming weeks, and NYSP will plan an intra-state consortium to share information with local law enforcement agencies across the state.

Easily obtainable firearms fuel much of New York’s recent surge in gun violence and a rise in ghost guns, with most of these weapons trafficked into and throughout the state from other areas of the country. To take a holistic approach, in her 2022 State of the State Governor Hochul announced the interstate gun-tracing consortium which is working in partnership with law enforcement agencies from neighboring states and New York City. It is the latest joint effort to bring a unified approach from State and City leaders, including Governor Hochul, Lieutenant Governor Benjamin and Mayor Adams, to the crucial issue of public safety.

“Today, we gathered the best and brightest minds of law enforcement that the Northeast region has to offer, and frankly, I feel heartened by the collaboration I witnessed,” Lieutenant Governor Brian Benjamin said. “With these seasoned experts leading the strategy on how we interdict the trafficking of illegal guns, I can say with assurance that we are on our way to a safer New York. I thank the Governor for her leadership in creating the Interstate Taskforce on Illegal Guns. The intervention and intel efforts you’ve empowered through this consortium will save the lives of New Yorkers.”

“In the last three weeks, we have seen an alarming rise in gun violence, and it has inflicted too much heartbreaking tragedy on our city,” New York City Mayor Eric Adams said. “We are going to turn our pain into purpose and unite to take action. We know New York City is far from alone in dealing with this crisis, and I am grateful to Governor Hochul and all of our partners.”

Governor Hochul’s FY 2023 Executive Budget includes important investments for State Police staffing that will increase their analytical bandwidth, allowing them to aid local departments in thorough anti-gun trafficking and crime investigations. Investments are broken down into:

A $13 million investment into the Department of Criminal Justice Services’ Crime Analysis Center network will include the purchase of dedicated crime gun and ballistic tracing equipment for each center. Equipment will also be used by the State Police for investigations into gun violence and gun trafficking, especially in the Finger Lakes Region and Western NY, where the agency is noticing incoming shipments from Pennsylvania and Ohio.

Governor Hochul today also announced the appointment of Calliana S. Thomas as the Director of the New York State Office of Gun Violence Prevention. As part of the Governor’s actions to prevent and reduce gun violence throughout New York State, the OGVP will identify and bring together key partners in the community and law enforcement to identify steps that can be taken to curb gun violence in New York State. Located within the Department of Health’s Center for Community Health, the OGVP will collaborate with the Division of Criminal Justice Services and other State agencies to coordinate efforts and direct resources to existing and emerging gun violence hot spots.

In October, Governor Hochul signed legislation to further address the gun violence epidemic by prohibiting the possession of unfinished frames or receivers by anyone other than a licensed gunsmith or dealer in firearms; prohibiting the sale of ghost guns and requiring gunsmiths and dealers in firearms to register firearms in their possession, and; adding firearms designed to resemble toys to the definition of a ‘disguised gun.’