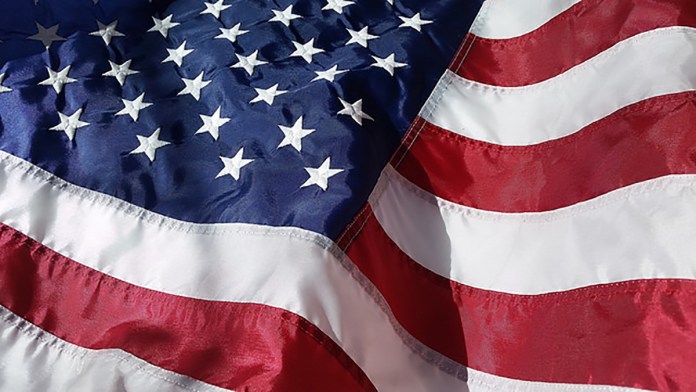 Author’s Note:  This was written August 11, 2022, shortly after Attorney General Merritt Garland spoke about the FBI search warrant of Mar-a-lago, approved by Garland himself. Rapid changes in these dangerous political times limit the ability to be completely up to date in print media.

How ironic that the preamble of what might be the final chapter of the true fall of Donald Trump occurred on the 48th anniversary of the ultimate disgrace of Richard Nixon with his resignation from the Presidency. While never really admitting his mistakes, Nixon had the integrity to do what was right, and stated that “the interest of the Nation must always come before any personal considerations.”

On his inauguration day of August 9, 1974, President Ford stated, “My fellow Americans, our long national nightmare is over. Our Constitution works; our great Republic is a government of laws and not of men. Here the people rule.”

A few bumps in the road remained after Nixon’s resignation and Ford’s controversial pardon of Nixon. However, Ford’s ascension to the Presidency was a peaceful transition, a tradition unbroken until the Insurrection of January 6, 2022.

How times have changed. After his election to the Presidency, there was tacit support of Republican sycophants for Donald Trump and his many comments of contempt for nearly any person or institution critical of him. This support, with deafening silence, included Republican leadership of both Houses (who often spoke much differently in private).

While Senator McConnell strongly condemned Trump during the second impeachment, he still voted to acquit. A conviction would have assured that Trump could not be in a near perpetual campaign to regain what he says was stolen, continuing to falsely claim he won the election after losing both the Electoral College and a wide majority of the popular vote.

Republicans in Congress were mostly silent from the beginning about Trump’s many outrageous attacks on the Press, the Courts, the FBI, the DOJ, and other essential institutions. And this doesn’t even include the numerous insults to women and nearly all non-white or non-Christian minorities. Trump was quick to very publicly and toxically “trash” anyone who dared to disagree with him on ethical, legal, moral, or political issues. Many continue to believe these dangerous lies. Republicans don’t speak out for fear of losing this populist MAGA base and losing their seats to someone even more right wing.
House Minority Leader Kevin McCarthy posted on Twitter shortly after Trump himself had announced the search. “I’ve seen enough. The Department of Justice has reached an intolerable state of weaponized politicization.” McCarthy continued: “Attorney General Garland, preserve your documents and clear your calendar.”

Mixed Messages, and No One Willing to Take a Stand

According to many well documented books and credible, factual media sources, McCarthy, on January 11, 2021 thought the President was done and should resign. Weeks later, he was in Florida kissing Trump’s ring. In April 2022 an audio of a January conversation with other Republican leaders revealed that McCarthy, shortly after the January 6th attack on the Capitol “had enough” and the President should resign. After this audio was aired on CNN, McCarthy denied saying that, followed by a near standing ovation of the Republican Caucus.

Mitch McConnell, the Senate Majority Leader under Trump and now Minority Leader, has a different approach. He plays his cards close to his vest with a near uncanny ability to keep his party in line. This tenacity has usually been either obstructive in nature to mostly Democratic initiated policy issues — or promoting and rushing through issues or Presidential appointments (such as for the Supreme Court) unpopular to Democrats and the public. On December 15, McConnell publicly stated that Donald Trump had lost the election to Joe Biden. In January 2021, he noted that he had not spoken with President Trump since that day.

On August 11, Merritt Garland spoke briefly with no questions taken to a national audience in his bland and restrained manner. He petitioned the court to release the search warrant and receipt to the public. This likely includes the affidavit given to the court explaining reasons for the requested warrant, which Garland said he had personally affirmed.

Garland made clear that he was speaking to counter large amounts of misinformation being circulated, much of it by Congressional Republicans. He also noted that attacking the credibility of the Justice Department and FBI with threats of violence would not be tolerated.

What this All Means for Our Constitutional Republic

Despite the rapid-paced headlines and too much “educated speculation” of the broadcast media, it is necessary to pause a moment and try to understand just what this all means for the future of our democratic constitutional republic.

A well-respected presidential historian of Rice University in Houston, Douglas Brinkley summed up the implications in the NY Times shortly after the search at Mar-a-Lago. This search warrant was historically significant. Nothing similar has happened in our nearly 250-year-old constitutional history.

“This is a starkly unprecedented moment in U.S. History. It’s like turning over the apple cart of American history. This puts our political culture on a kind of emergency alert mode.”

He continued with: “We are in the middle of a neo-civil war in this country.”

Our often rural/urban divide is widening and could well evolve from a neo-civil war to something far worse. If the Republicans win control of Congress, this now neo-facist party will try to impose anti-democratic Christian Nationalist (and thinly veiled white supremacist and anti-women) policies on an increasingly diverse population. If the Democrats win, especially in close races, using Trump’s playbook, many Republicans will claim election fraud where none exists. Greater political polarization and instability will follow with the likelihood of sporadic or even widespread violence