Doula Digest-Push It. Push It Good! 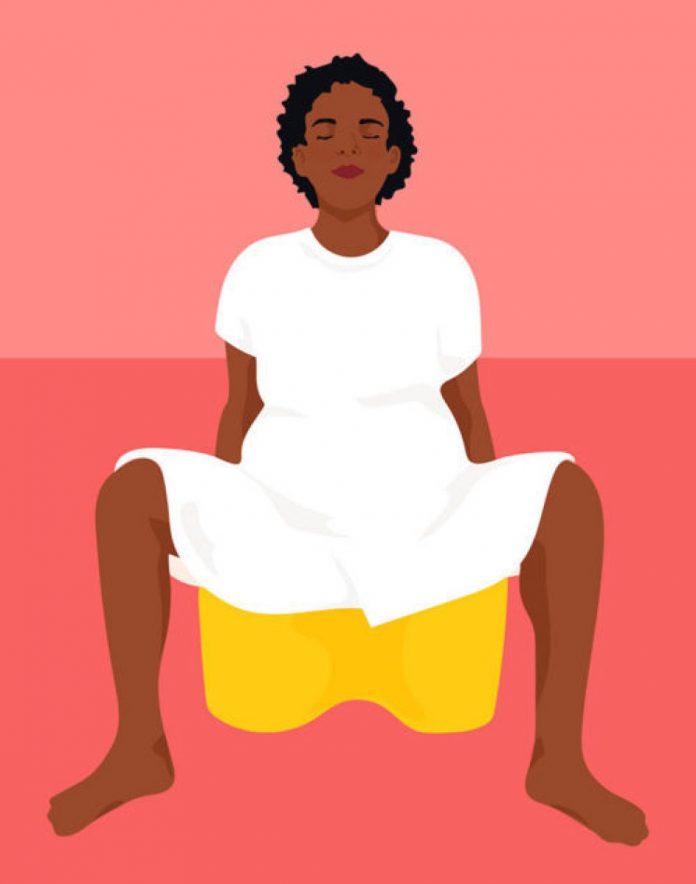 If I ever found a fairy and had the chance to magically change one thing about how women give birth in the US, without a second’s hesitation, my wish would be to get rid of the lithotomy position. This position has a woman laying flat on her back with her feet held up over her hips, either by use of stirrups or by someone holding them. Not only is this position a demeaning one but it can also trigger feelings of anxiety and fear for the mother if she has a history of sexual abuse. On the anatomical side, due to the way the birth canal curves, you’re actually pushing against gravity!

Historically, women gave birth in an upright position, either standing or kneeling while leaning against something like a bed or chair, laying on their side, or using a birthing stool. A birth stool was a low chair in the shape of a “U”. There was just enough support for the woman’s legs but a wide space in the middle so the baby could slip out.

The popularity of women giving birth on their back is credited to King Louis XIV, who wanted to watch his mistress giving birth. The position stayed popular since it brought the “area of action” up to eye level, making less work for the doctor.

In a hospital there are several options to the lithotomy position: putting the back of the bed up and kneeling against it, placing the stirrups low and sitting on the edge of the bed with your knees spread wide – there are even support bars that can be fitted into most birthing beds for this purpose, a modified squat on the bed (most hospitals worry about loss of balance for this one).
The important thing for any of these positions is to ask the hospital beforehand, either at the tour or call the labor and delivery department and talk to a nurse. Bring this up when you first get to the hospital, “When we took the tour we were told that I could birth in a kneeling position, I would really like to do that.” and then again when ever there is a shift change or a new nurse takes over. There are also white boards in the rooms, you can ask for your request to be written there.
Pushing in an upright position (or, really, any position other then lithotomy) gives a sense of control to the mother, allows for gravity to help, and lowers the chance of tearing (and most tearing that happens is of a smaller degree).

Naomi Starsiak is a birth and postpartum doula, a placenta encapsulator, a natural birth consultant, and the co-owner of A Peaceful Birth doula & childbirth service. You can find her on Facebook at facebook.com/APeacefulBirthDoulas.
Have a question? E-mail it to Naomi at nestarsiak@gmail.com.