Broadway Utica
Home Must Read Conflict in Schuyler, Abolitionists vs. the Right 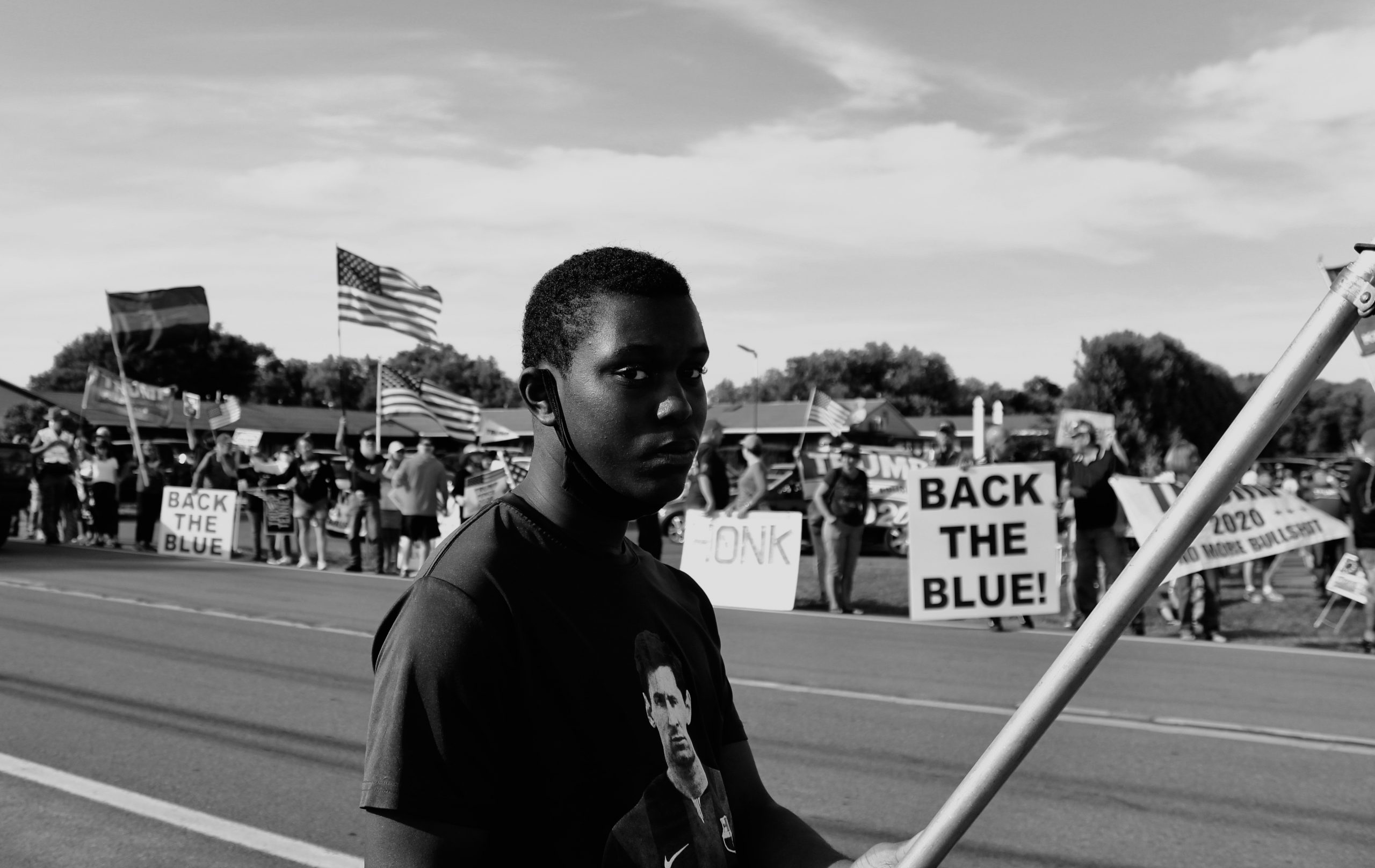 The Conflict Has Escalated

Every Wednesday, the Back the Blue group (a conservative group of locals that support Donald Trump) holds rallies for Congressional candidate Claudia Tenney. Their adversaries, the Utica Abolitionists (Black Lives Matter supporters who want the abolition of Police), usually counter-protest the Tenney rallies.

So, every Wednesday in the Mohawk Valley, the two sides face-off. Up until this week, the conflicts had always been stable. This week, however, at Dave’s Diner in Schuyler, the conflict escalated. I walked among both camps, talking to both sides and learning what I can of them. 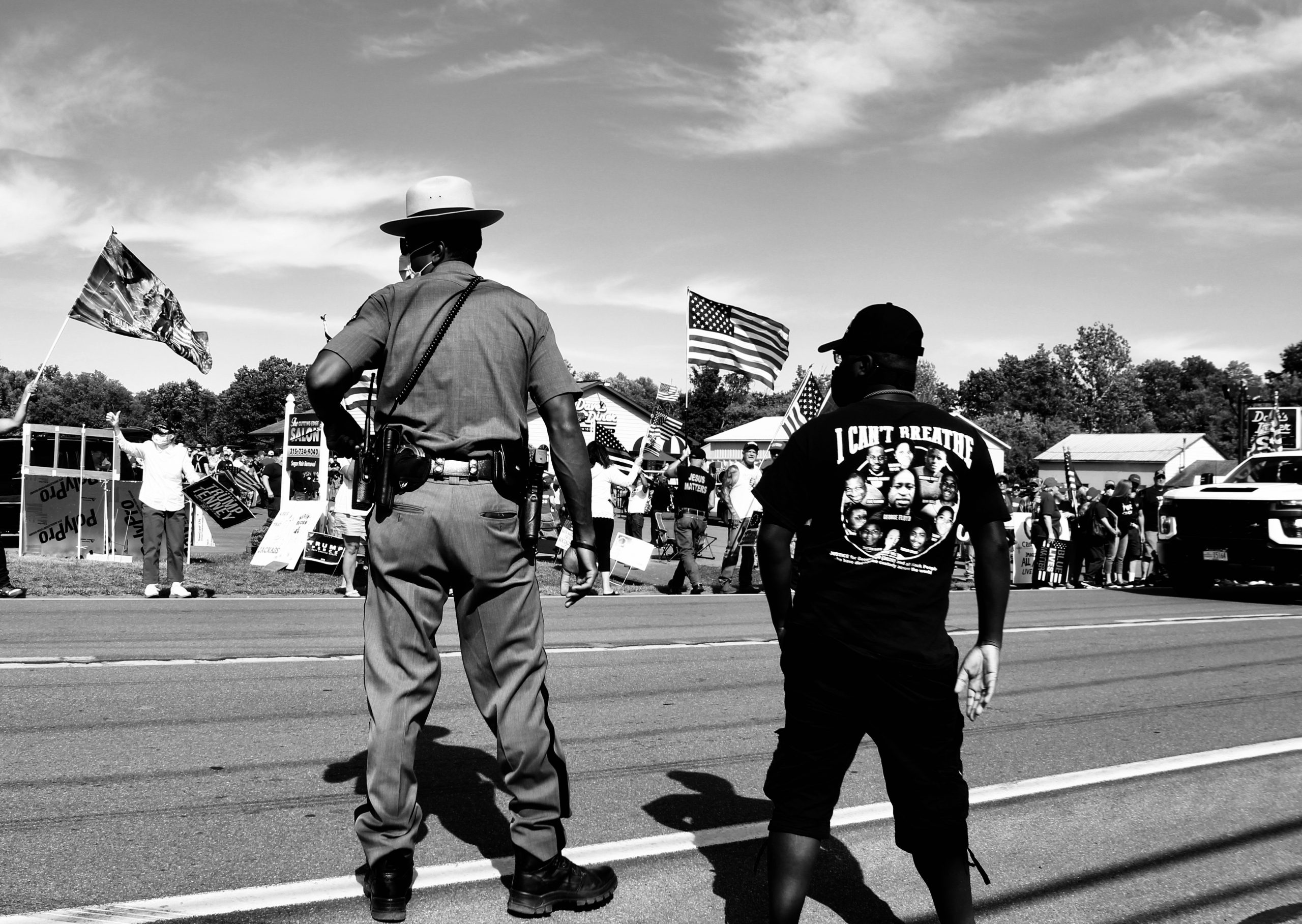 Back The Blue is mostly composed of Christian-rural-conservatives that are very pro-NRA. They believe that their way of life (traditional family values, capitalism, and patriotism) can only be preserved by Trump.

The Utica Abolitionists are mostly composed of secular-urban-liberals that are very pro-Marxism. Their organizers, though not all members, aim to see the abolition of all Police. More and more, this seems to be far more a cultural conflict rather than a difference in political viewpoints.

There were substantially more Abolitionists this time, yet they were dwarfed by the opposition – numbering roughly 150 people. 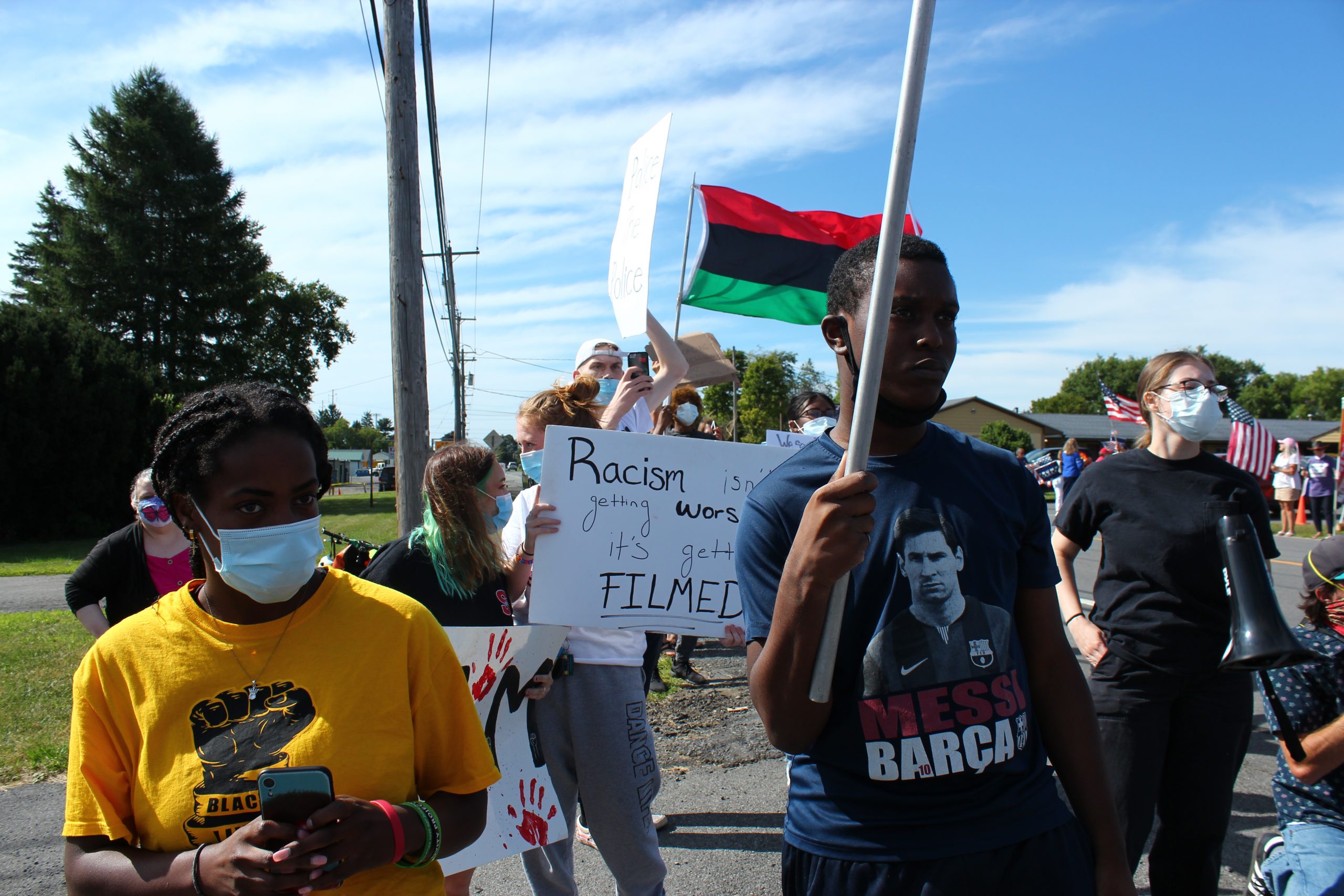 The anger between the Back the Blue and Utica Abolitionist groups became readily apparent when around 20 individuals from Back the Blue crossed the street to get in the faces of their opposites. Had the State Troopers not been there to separate the two, who knows where this might have gone?

The owner of Dave’s Diner hosted the event and provided free lunch to the public. Across the street, the owner of the lot (himself a Trump supporter) at first allowed the Abolitionists to stand in his lot, but after the altercation, he demanded that they move.  The Troopers informed the Abolitionists that they had no legal right to demonstrate in the lot. However, they could move along the lot, so they started marching from one end to the next. 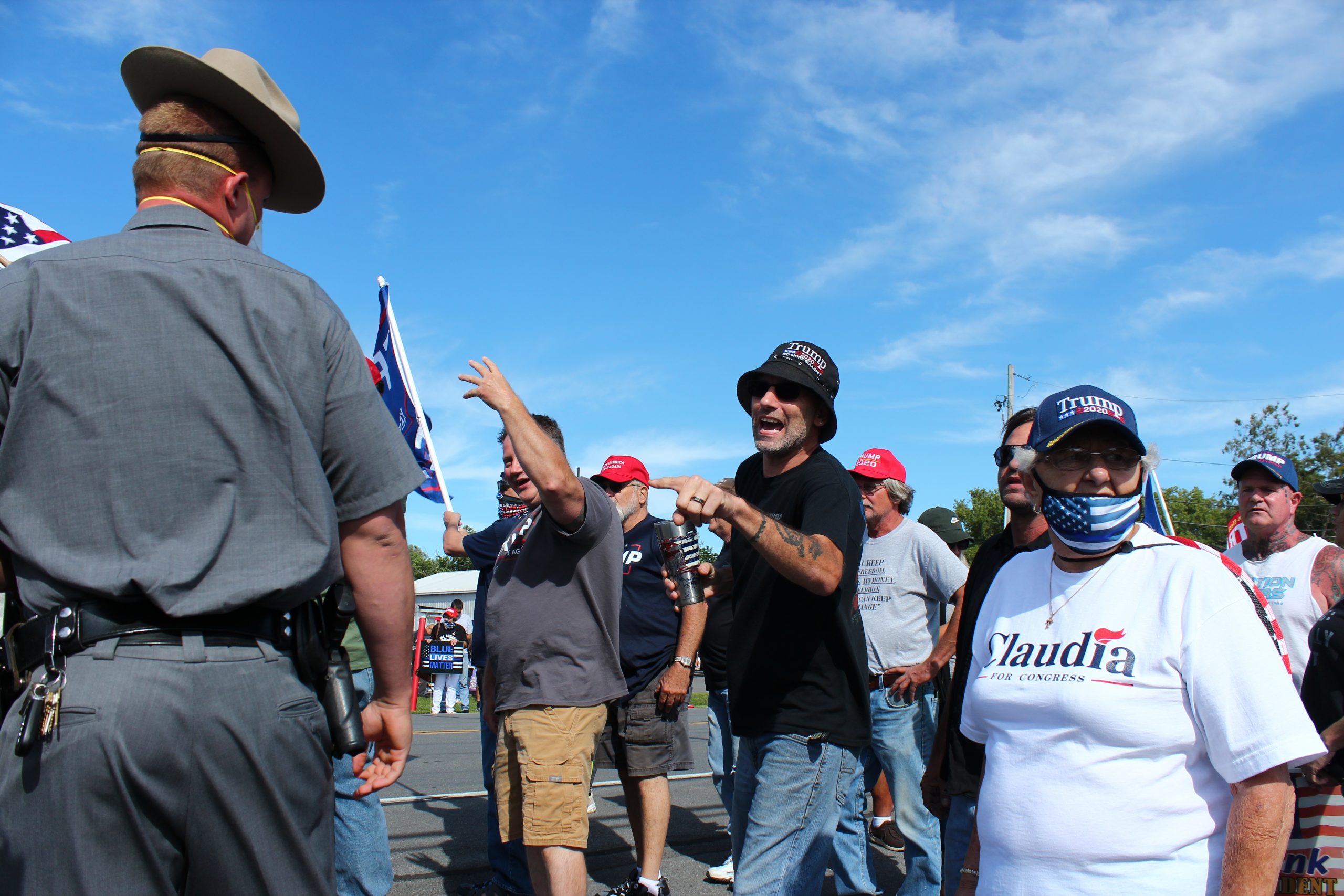 The insults and vulgarity were constant. A Trump supporter mooned the Abolitionists and the Abolitionists made something of an obscene comment about candidate Tenney’s relationship with Trump. The anger from both sides was electric. Neither side was willing to concede anything.

There are some on the Trump/Tenney/Back the Blue side who have shown a degree of civility. An older gentleman by the name of Eugene has told me repeatedly that, “I wish no harm whatsoever to those kids. I just have an issue with their politics.” His view may or may not be in the minority. The white-hot hatred present at this event between the two groups suggests irreconcilable differences.

Towards the end of the event, is when the real trouble occurred. An ex-Marine, Daniel Lockwood Jr. (no relation to the owner of this publication) was harassed by two men from the Trump/Tenney/Back the Blue group. The Lockwood brothers, Daniel and Troy, were escorting women back to their cars when a pickup truck swerved in front of them and a Trump supporter named Jason Winter (the man who had mooned the crowed earlier) confronted Daniel Lockwood.

Winter kicked Lockwood’s leg from behind and the two brothers retreated back to the lot. Daniel told me that the man had thrown a rock at them and pursued them while threatening to kill them. In a video of this, Winter is seen saying (something to the effect of) ‘how dare these men threaten to defile [my] daughter.’ I have no idea what he was talking about.

The State Police informed Lockwood he could only expect the man to pay a $25 to $50 fine for his actions, if he pays the ticket at all. So, Lockwood told me he wasn’t going to bother. And that was the end of that. 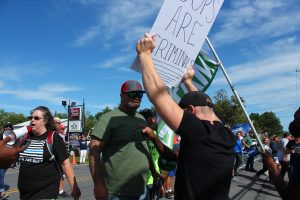 From Daniel Lockwood Jr.’s Facebook page, “I went to a peaceful counter protest with my younger brother, to support the Black Lives Matter movement. The protest was to counter a “Back The Blue, Claudia Tenney, Trump 2020” rally. I wasn’t expecting it to go over well, I’ve seen how hateful that crowd of people (Right-wing Republicans in the Mohawk Valley) are. I was not expecting the countless death threats to my face, and people saying “I know where you live.” I especially wasn’t expecting to be flashed by the unidentified person in the green shirt (Pictured Below) or even assaulted by that same person. I wasn’t expecting the cops to allow all of this from the people attending the rally, yet threaten to kick us out because one kid on our side gave the finger back to someone at the rally. I wasn’t expecting the cops to tell me “The most we can do is issue a citation since the person who assaulted you didn’t break skin, or a bone.” All along, Claudia Tenney laughed at us, and stood with the people who countlessly gave us death threats, flashed us, etc.. Pictured below is the person who flashed and assaulted me, and Claudia Tenney taking pictures while laughing at us.”

Aside from the fine details, what is clear is that the situation has escalated. Things will not remain as they are, so either the situation improves or gets worse. A lot worse. The Abolitionists plan on continuing with counter-protests, and should another altercation occur without Police presence, you can expect far more damage than just a rock thrown.

For another perspective on the incident in Schuyler, see our Staff’s report, “Back the Blue” Violence in Schuyler.’

Updated for accuracy at 7:46 PM on September 1st.