President Trump’s FY18 budget request which was released today is the most draconian, cruel, and heartless budget in modern American history. It proposes to slash federal investments in essential programs that ensure basic living standards for working people and those on fixed incomes in Central New York.

Many people and communities in Central New York rely upon federal funding for services.  Federal assistance is vital to the budgets of local nonprofit agencies and governments.   The budget disinvests in Central New York rural and urban communities.   It undermines   basic living standards that everyone needs – enough food, health care, and housing. Through multi-trillions in tax cuts that average $50,000 each for millionaires, it transfers money that needs to be invested in our nation’s people into the hands of the few and powerful. 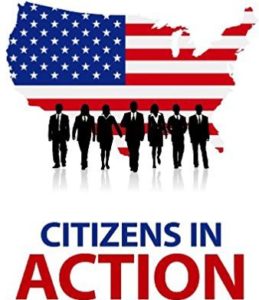 The budget calls for $3 trillion in cuts to programs that help low-income individuals, families, and communities while giving $6 trillion in tax cuts to millionaires and corporations.  It makes draconian cuts to Medicaid, SNAP, SSI, and SSDI, all but eliminates the Social Services Block Grant, and ends funding for the home heating and cooling aid, and the Community Services Block (Community Action) Grant. It harshly cuts the Earned Income Tax Credit and Child Tax Credit as well as housing, job training, education, environmental protection, the CDC, substance abuse and mental health, and rural health programs.

The massive funding cuts for Medicaid would steal health care from about 10 million low-income Americans and would particularly hurt local nursing homes and hospitals.  It would force many health providers to cut services and lay off staff.

We are asking members of Congress to reject the proposed budget that hurts the middle class and the most vulnerable in society.  Instead of a budget that favors the few over the many, we need a People’s budget that levels the playing field and creates economic opportunity for all.

In response to these proposed cuts, Central New York Citizens in Action, Inc. will be organizing a regional  coalition to oppose these harmful cuts and advocate for a fair budget creates good paying jobs, invests in human capital, and rebuilds our local infrastructure.