Build It At St. Luke’s Page-Community Foundation: Have You Really Turned Your Back on the Poor? 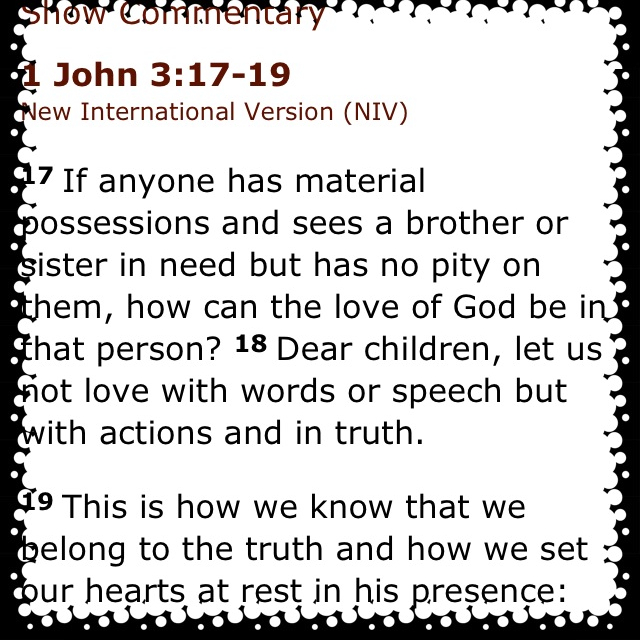 Due to the ever-increasing number of letters in opposition to the construction of a new MVHS hospital in downtown Utica, the Phoenix has dedicated space for citizens and groups to express their disapproval to the project entitled, Build It At St. Luke’s.

Dear Ones:
It was March two years ago that Alicia Fernandez Dicks, CEO of the Community Foundation, last sat in the office of For The Good, Inc.

While she was there I explained the need for the restoration of Utica’s own, urban-based Community Action Agency. She and her staff member listened intently to the logic and ongoing need, citing the 40% poverty rate in the city, the lack of youth programs, activities and the dwindling of agencies to deliver same.

I turned over to her the research done by a paid consultant to the Roefaro Administration in 2010 which underscored the serious loss of services to the inner city once MVCAA assumed the mantle of Utica’s Community Services Block Grant designee.

It was then that Alicia Fernandez Dicks, with an FTG board member and a staff member to witness, promised to partner with For The Good for said restoration, promised to convene a series of community meetings and bring together the stakeholders to restore Utica with its own urban-based Community Action Agency through For The Good, Inc.

There was direct reference to the reopening and improvement of the former UFA building, then Cosmopolitan Center, citing the structure as an existing, untapped and valuable community resource including a fine gymnasium.

I mentioned calling upon the assistance of the US military in the assessment of the building and development of preconstruction plans to keep overall costs to a minimum.
Since that time nothing of the sort has occurred. Instead, Fernandez Dicks has dropped her maiden name, which identified her as a member of a marginalized group, and most recently aligned herself and your agency with the MVHS intention to build a hospital downtown.

Did she ever mention this commitment? Did you ever consider this support? And if no, why not?

It has yet to be stated how much funding and staff costs your agency intends to commit to such an unwise, unwanted project. Utica needs CSBG funding returned.

In that two year period, the last vestige of a youth center, the Boys and Girls Club, has gone under. Five of the computers which once provided internet access and word processing for needy students sit on the floor of FTG waiting for repair.

Prior to the loss of the Boys and Girls Club, youth services, activities and resources lost to urban youth included the YMCA, the YWCA, the Cosmopolitan Center and Camp Healthmore, Community Action, the Knights of Columbus, Boy Scouts and Girls Scouts, CYO dances and three different high schools for dances, coffee houses. There were once numerous plays and performances every summer, the Rhythm Lites and playground activities. Today there is virtually nothing for young people to do except get into trouble or run away from those who are causing the trouble.

Immigrants coming to this city are greeted with a warm welcome. There is a Refugee Center for their needs, education, advice, and information. Now there is even a Community Center for Refugees. What is there for the city’s indigenous poor to dream dreams and reach for success?

How can this be right? According to your mission statement “The Community Foundation is a community-based social impact investor with a mission to engage, invest and lead.” Dear Ones, I don’t think that means they should drag the community along kicking and screaming.

The mounting chorus of those opposing the location of the MVHS new hospital continues to grow while those in power ignore the obvious. It’s a bad move.
Brett Truett has purchased one of the row houses and is prepared to fight for it. Numerous owners have vowed to continue to resist.

Not for profits like the Salvation Army, the Compassion Coalition, generous provider of food and supplies in the Westside ‘food desert’, the Bargain Grocer and the Turning Point Church will suffer. This is while real offers for the purchase of lots and buildings continue to be turned down by the City of Utica.

Why do they, and now the Community Foundation, want to fight all of these people for their property and raise taxes rather than build where they already own the land?
By the way, both former Congressman Hanna and current Congresswoman Tenney support For The Good in the reinstatement of Utica’s own urban-based CSBG.

It’s been proven that there was never a mandate to use the 300 million to build the hospital downtown. The damaging emails between Brindisi, Picente, and DiMeo have been exposed. Lawsuits are anticipated and low ball offers are being rejected by property owners.

The latest attempt to coerce the public is the $1 million relocation offer to facilitate moving targeted businesses. It boils down to $20- 30k max for the nearly 40 businesses involved. Inadequate is being kind. The most any one of them would get would be $40,000 for their troubles.
And why would the Community Foundation choose to support MVHS rather than establish adequate funding for Utica’s inner city’s many unaddressed problems?

With 40% poverty, generations of undereducated families, teen pregnancy, low health parameters, mental health services, a drug addiction epidemic, reentry and the impacts of mass incarceration, domestic violence in addition to the lack of youth programming, how is it that the Community Foundation chooses instead to dedicate valuable resources and staff to such a controversial and divisive project?

I guess it’s easier and cushier to sit over cocktails and dinner with the rich and powerful than to hash out the problems of the dirty poor. And it has come to light that Ms. Dicks is, in fact, a partner with Rob Esche, in the AquaVino Restaurant and Banquet facility which makes it that much easier. Esche, of course, is owner of the Utica Comets and man of power and influence in Utica. The intended parking garage could of course, easily serve hockey fans during the evenings.

And, as turns out, Ms. Dicks’ husband, insurance broker Robert A. Dicks, is a board member of MVHS, the mega-conglomerate of the original four main hospitals of the city, Children’s, Faxton, St. Elizabeth and St. Luke’s. Although it is not a direct line, there appears to be a conflict of interest for the largest and wealthiest donor fund in the area to throw in with the Monster Who Wants to Eat Main Street.

The placement of the Emergency Room of a hospital in downtown will serve as a walk-in doctor’s office for the poor. Put an Urgent Care or clinic in downtown. Build the hospital at the St. Luke’s campus where it belongs.

Dear Board Members, I, and many others find it nauseating that you, as protectors and securers of millions of dollars of donor-directed funds, invest your time and attention in protecting and financially securing the interests of a mega-corporation rather than the landlocked poor. Is that really what the donors intended their money to do when they left it entrusted to the Community Foundation?

For The Good was lied to and mislead by your CEO, then Alicia Fernandez Dicks, that the Community Foundation would see the need and help establish improved services for the poor and those in need and bring into being a community center through Community Services Block Grant funding. Not Community Foundation money, just your help.
The people most in peril have been abandoned by you entrusted with the funds and power to assist in improving their well-being.

Alicia Dicks will come to be known as the formerly Latina CEO of the Community Foundation representing the monied and powerful, who smiled so nicely then turned her back on the poor.

Is that really the will of your board of directors?

Facebook
Twitter
Previous article
A History of Hospitals In Utica
Next article
You are invited to A coordination meeting for the City of Utica Great American Cleanup!