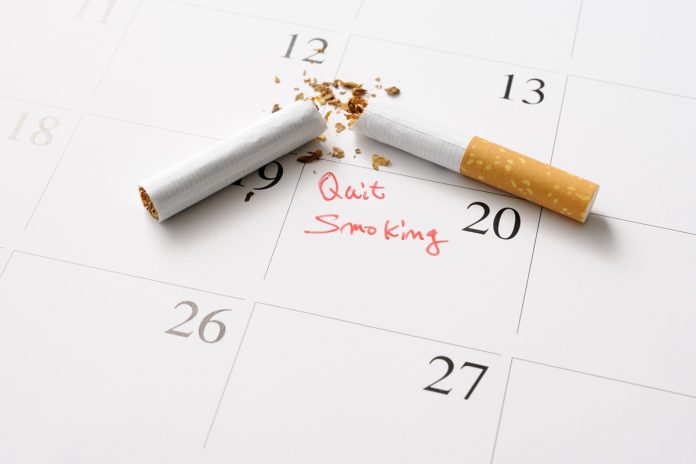 The state’s average adult and high school-age smoking rates have dropped to their lowest in history, 12% and 2.4% respectively. At the same time, throughout New York State, smoking rates are highest among adults who report frequent mental distress at 27.7%; adults with less than a high school education, at 21.5%; and, adults with an annual household income of less than $25,000, at 20.4%. [i] E-cigarette use among New York’s high school-age youth is dangerously high at 22.5%, as well.[ii]

“Madison County’s adult smoking rate is down to 17%, Oneida County’s rate has increased to 22%, and Herkimer County has continued to struggle with a smoking rate of 25.8%, significantly higher than the statewide adult average of 12%.” BRiDGES Tobacco Prevention Program Community Engagement Coordinator Sue Casanova said, citing the Prevalence of Current smoking Among Adults in New York State by County Statshot.

New York State Tobacco Control Partners have contributed substantially to the drop in tobacco use rates through policy-driven, cost effective and evidence-based approaches. These approaches are now further focused on communities and populations with high tobacco use rates.

E-cigarette Use/Vaping Plagues High School-Age Youth
When New York State ended the sale of flavored e-cigarettes statewide in May 2020, it was a significant step toward reducing youth tobacco use. However, e-cigarette use remains the most used tobacco product among youth, 22.5%.ii More than half of teens falsely believe e-cigarettes are harmless.[iii] However, research shows that youth who use e-cigarettes are four times more likely to start smoking conventional cigarettes than their peers who do not vape. And, nicotine exposure can cause addiction and prime the adolescent brain for other addictions, including opioid addiction.[iv]

According to Katie Byrd, Prevention Education Specialist at BRiDGES-MCASSA, “While most students report that cigarettes are no longer socially acceptable, vape use is still very much an issue and vapes have been reported being used on school grounds and even in school bathrooms.  The principal of one local school said they collect vapes daily and the students say currently the popular vape is a disposable one due to its cost, cool colors, and ability to be hidden easily.”

The Costs of Tobacco Use in New York State
Each year, 22,000 New Yorkers die due to smoking, and thousands more live with illnesses related to tobacco use.[v],[vi]Addressing tobacco use remains as important as ever given that smokers and former smokers are at increased risk of developing severe illness if they get COVID-19.[vii]

In New York State, annual health care costs directly caused by smoking are estimated to be $9.7 billion, v a tax burden of $937 for each household every year.[viii] To combat the deadly impact of smoking, the CDC recommends a $203 million annual investment in New York State’s Tobacco Control Program; the state’s investment is $39 million.[ix]

Support Available for New Yorkers Who Want to Quit
For help quitting smoking or vaping, including free nicotine replacement therapy for eligible residents, individuals can contact a health care provider, and call the New York State Smokers’ Quitline at 1-866-NY-QUITS or visit: nysmokefree.com. The Quitline’s highly trained team members provide coaching seven days a week and empower tobacco users to set a quit-date and develop a quit-plan. Effective medications and counseling are covered by Medicaid and most insurance programs.

In Madison County, BRiDGES offers Freedom From Smoking virtual classes to help you quit smoking, with a new eight-week session beginning on March 8th. Call 315-697-3947 to register or for more information.

BRiDGES Tobacco Prevention Program is advancing tobacco-free communities in Madison, Oneida and Herkimer Counties.  Our objectives are to reduce the negative impact of tobacco product marketing and price promotions on youth and adults at the point of sale; to increase the number of local laws and voluntary policies that prohibit tobacco use in outdoor areas; to decrease secondhand smoke exposure in multi-unit housing, with an emphasis on policies that protect the health of low income residents; and to promote policies that reduce tobacco use imagery in youth rated movies, on the Internet and social media. Funded by the NYS Bureau of Tobacco Control.