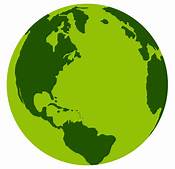 NEW YORK – New York Attorney General Letitia James, joining a coalition of 24 states and municipalities, filed a lawsuit challenging the first of a set of rules issued by the Trump Environmental Protection Agency (EPA) eliminating controls on emissions of methane, volatile organic compounds, and other harmful pollutants from new, reconstructed, and modified facilities in the oil and natural gas industry. Methane is a super-greenhouse gas, up to 86 times more potent than carbon dioxide in its ability to trap heat over a 20-year timeframe. According to the EPA’s own estimates, the rollback of these standards will increase emissions of methane by 850,000 tons between 2021 and 2030 — or 19,000,000 metric tons of CO2 equivalent — accelerating the increasingly devastating impacts of climate change. The accompanying rollback of controls on volatile organic compounds and other pollutants threatens public health, particularly to children, older adults, and those suffering from chronic lung disease and asthma.

“This latest action is a continuation of the Trump Administration’s denial of climate change, even as the wildfires fueled by a changing climate ravage the American West,” said Attorney General James. “EPA’s legal obligation to control methane pollution from the oil and gas industry is as clear as day, and we will not allow them to neglect their responsibility to guard against the increasingly devastating impacts of climate change. I will continue to work with my fellow attorneys general to ensure that the environment and our communities get the protection they deserve.”

Oil and natural gas operations — production, processing, transmission, and storage — are the largest single industrial source of methane emissions in the U.S. and the second largest industrial source of domestic greenhouse gas emissions behind only fossil fuel-burning electric power plants. Based on the EPA’s own data, the Environmental Defense Fund estimates that roughly $1.5 billion worth of natural gas — enough to heat over 5 million homes — leaks or are intentionally released from the oil and gas supply chain each year. In an effort to curb these emissions, the EPA in 2016 finalized the first ever standards limiting methane emissions from new, reconstructed, and modified sources in the oil and natural gas sector. The EPA estimated that these standards would prevent 510,000 tons of methane emissions and result in a net benefit of $170 million in 2025.

On August 13, the EPA announced two sets of rules gutting the 2016 standards. The first set — the “rescission” rules — rescinded methane control standards for new, reconstructed, and modified sources throughout the oil and natural industry and eliminated pollution control standards entirely from sources in the transmission and storage segment of the industry. The second set weakened, among other things, requirements for the industry to monitor and fix oil and gas leaks. Together, these changes are expected to increase emissions of methane, volatile organic compounds, and other hazardous air pollutants by 850,000, 140,000, and 5,000 tons, respectively, by 2030.

In today’s lawsuit, which challenges EPA’s rescission rule, the coalition intends to argue that the agency’s rollback of the standards violates the Clean Air Act because they arbitrarily eliminate pollution controls from the transmission and storage segment of the oil and natural gas sector and entirely abandon the regulation of methane without any justification.

By rolling back methane standards for new, reconstructed, and modified sources, the EPA seeks to also avoid its statutory obligation under the Clean Air Act to reduce methane emissions from existing oil and gas sources, which account for the vast majority of methane emissions from this sector. Internal emails obtained by the attorneys general in their July 6 lawsuit seeking to compel EPA to limit methane emissions from these existing sources show that avoiding this obligation is EPA’s primary motivation for rolling back methane control standards for new, reconstructed, and modified facilities in the oil and natural gas industry. EPA’s failure to regulate existing oil and gas sources allows millions of metric tons of methane emissions that could be avoided each year — up to 3.7 million metric tons in 2021 alone.