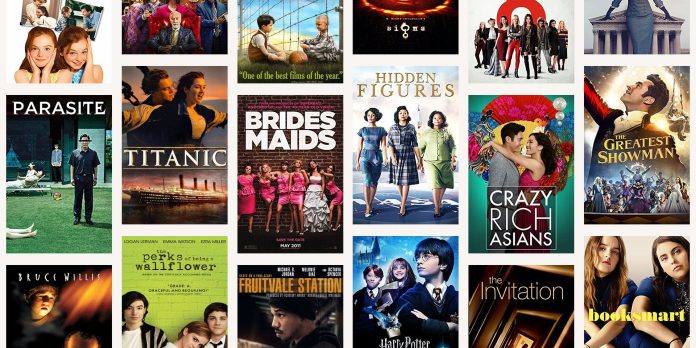 Globally speaking, things aren’t exactly looking fantastic. The Omicron Covid variant is ripping across the world, the US is seeing record heat waves, western economies are in a somewhat questionable state, and I’m sure there many other concerns to give us all a bit of insomnia. But there’s one thing to always look forward to, and that’s the various upcoming anniversary celebrations of classic movies. After over a hundred years of cinema, it’s safe to say that movies are one of the most important parts of our culture. Stories are our greatest teachers. “People need stories more than bread itself. They tell us how to live and why” — Alan Bates in Arabian Nights (2000).

So, let me present my list of the most important anniversary films coming up in 2022.

1. The 80th anniversary of the classic ‘Casablanca ‘(1942)
The story: During WW2 in Nazi occupied Morocco, a pair of resistance fighters hiding from the Nazis seek help from an American ex-patriot club owner named Rick. The twist is that Rick just happened to be in love with one of the resistance fighters named Ilsa. Rick is faced with the dilemma of either helping the cause or helping himself.
Why you should see it: The movie is one of the most quoted films of all time with such greats as “Play it again, Sam” and “Of all the Gin joints in all the towns in all the world, she walks into mine.” “Casablanca” is a beautiful tale of romance, chance, and humanism. More than anything, it speaks to our duty to each other over our own desires in a time of global crisis.

2. The 75th anniversary of the holiday favorite ‘Miracle On 34th Street’ (1947)
The Story: The actual Santa gets a job as a mall Santa and quickly ends up being a local celebrity. Unfortunately, he ends up being put on trial for mental competence as he claims he is actually Santa while the NYC District Attorney clearly feels different. Santa must prove his identity, and in so doing prove why people (especially children) need the power of belief.

Why you should see it: This movie kinda puts faith on trial. One of the main characters is a little girl raised by her single mother who raised her without the belief in Santa. Naturally, you find yourself debating the merits of faith versus realism, something very relevant in these changing times.

3. The 60th anniversary of the first ever Bond film, ‘Dr No’ (1962)
The Story: James Bond is sent to Jamaica to investigate the death of a British agent and look into the mysterious activities of the villain Dr No, who of course is plotting to sabotage the American space program with super technology. Bond is accompanied by the Swiss amazon Honey Rider, and introduces us to some of the great Bondisms like “The name’s Bond, James Bond.”

Why you should see it: If nothing else, it’s funny in an accidental way. There’s a lot in this movie that simply didn’t age well and is kinda hilarious at this point. But it’s also got some pretty cool moments as it stars Sean Connery in a really raw telling of Bond. There aren’t really any gadgets or even a proper title sequence, so you get to see a more simplified yet still classic Bond movie. It’s got action, cool music, and interesting characters set against beautiful scenery. Plus, the Bond franchise may be radically changed soon, so now’s a good time to see where it all began.

4. The 50th anniversary of the greatest film of all time, ‘The Godfather’ (1972)
It’s simply the best. If you haven’t seen this already, you know you need to. Enough said.

5. The 40th anniversary of the epic biopic ‘Gandhi’ (1982)
The Story: 75 years ago, India gained their independence from the British Empire. 40 years ago, an epic movie was made about the man who made that independence possible, and his name was Mahatma Gandhi. Gandhi’s tireless struggle to see his nation and people freed from an empire would go on to inspire countless others in their struggles against oppression.

Even Martin Luther King modeled his non-violent form of rebellion after Gandhi who considered himself a pacifist. The movie covers Gandhi’s entire adult life, from his days as a loyal British lawyer to his tragic death in ‘48.

Why you should see it: Gandhi’s liberation movement was one of the first ever to use media coverage to get global support for his cause. Also, much of how the world understood what rebellion meant was changed in this time. This movie never once tries to paint the oppressed as angels, but rather as people with their own biases and hatreds while at the same time learning to find a way to resolve their differences peacefully. That’s a lesson that’s relevant for every generation.

6. The 30th anniversary of Spike Lee’s controversial ‘Malcom X’ (1992)
The Story: Probably one of the most polarizing of the Civil Rights leaders, Malcom X is often seen as the anti-matter to Martin Luther King. X commanded enormous respect among many of the African Americans who were tired of being told be patient and wait for their day of justice. X offered a more direct and Black centric form of advocacy that is still to this day the subject of debate. Like the 5th entry in this list, this movie covers the entire adult life of Malcom X from his days on the street to his own tragic assassination in ‘65.
Why you should see it: In an age of Black Lives Matter and society debating how exactly minorities should go about their quest for fair treatment, “Malcom X” offers unique insight that’s helpful regardless of your political ideologies. Moreover, two of the three men convicted for X’s murder in 1965 were released this year as they have been found innocent of the crime.

7. The 20th anniversary of the underrated John Q (2002)
The story: Denzel Washington plays John, a working-class father of a sick boy in need of a heart transplant. Too bad for him, his insurance simply won’t cover the operation, and John is pushed to taking control of the hospital at gunpoint and demanding that the good doctors save his kid’s life.

Why you should see it: Anyone in this country who’s seen just how astronomically high our medical bills are can sympathize with the main character. Without insurance, your stay in a hospital because of Covid will cost you thousands of dollars that you don’t have. More than any other developed nation, Americans often have to choose between their physical health and their life savings (if they have any). It’s a miracle that we haven’t seen this movie manifest into reality more often. As long as affordable healthcare remains out of America’s reach, “John Q” will be a relevant film.