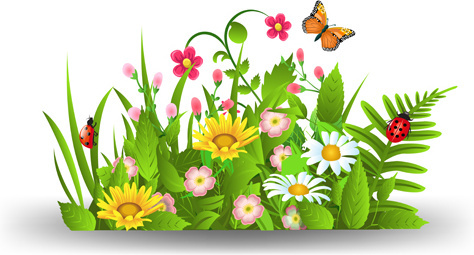 With April comes warmer and usually sunnier weather. This is especially after a winter of more than usual social isolation. Days after the St. Patrick’s Day Parade not held for the second year running, many traditional social gatherings such as concerts, plays, bars, restaurants, and sporting events remain closed or open on a very limited basis. This is expected to gradually change over the next several weeks as large numbers of the public receive vaccinations for Covid-19.

Guidelines for visiting nursing homes and hospitals, schools and church services, and large public gatherings for the Easter season are likely to be limited and / or live streamed. Public events related to Earth Day addressing various environmental issues will likely be limited for a second year. Most of the holidays and observances listed here will be observed with some type of virtual or on-line event.

Just getting by and living daily through such an unprecedented pandemic in modern times is a life-changing experience. It will shape lives the way lives were changed by December 7,  Civil War and other wars, the Great Depression, and September 11. The advances made in electronic and video communications involving education, telemedicine, business meetings and family video conferences for holidays, weddings and funerals have been phenomenal.

Such communication on a nearly daily basis was only a dream at the turn of the century. As we gradually “open up” the economy over the next several months, some of these changes, especially in telemedicine and working at home, will likely remain common among certain white collar business professionals in education, social services, health care and finance.

The long term effect of these changes will likely even further the isolation of different social groups. While white-collar professional jobs in banking and government may be done remotely on-line, service workers in health care, taxis, restaurants, grocery stores and pharmacies, hotels, performing arts, and public transportation do not have the option of working at home.

It is refreshing to see an administration that takes science seriously. The government should in the short term implement changes and restrictions in the best interests of public health. Such common sense recommendations, such as limiting large social gatherings and the wearing of a mask when in public in the short term is not an infringement of rights and should never have been made a political issue.

In any event, with more vaccinations being given daily and almost all adults to be able to make an appointment in the very near future, there is a “light at the end of the tunnel.”  Everyone should be encouraged to obtain a vaccine as soon as available.

For those bored with being cooped up, April is an ideal time to work in the yard and have a garden of some type. Throughout the area are many private gardens with spring flowers from bulbs usually best planted in the fall. This include snow drops, crocuses, hyacinths, daffodils and tulips. Many of these flowers can be viewed as well along roadways in places, particularly along the Parkway in Utica, in small restaurant or hotel gardens, at the casinos, and gardens at Root Glen in Clinton.

For those with home vegetable gardens, April is the ideal month for planting peas, radishes, beets, carrots, spinach, lettuce and other varieties of greens. It is also the time to determine what type of more tender flowers or vegetables one might plant a bit later from mid-May through June. As the days become warmer with increasing pleasant sunshine, happy spring to all.

Jupiter and Saturn have early morning conjunctions in the eastern sky shortly before sunrise.th he 7th, Jupiter is above the Moon with Saturn to the right. Mars has a conjunction with the waxing Crescent Moon in the evening western sky, above the Moon on the 16th, below it on the 17th. Venus is in line too close to the Sun and thus not visible in April. The Full Pink Moon is on April 26.