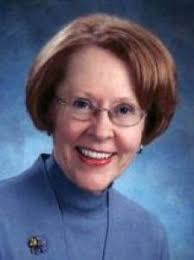 REALILTY:  Our law is very flexible as circumstances change.  In-person jury trials in New York have been suspended since November, 2020, because of fear of covid and of variants spreading.  Some grand juries were meeting until many became infected with the virus.  For example, in just three days at the end of January, 2021, three grand jurors in Brooklyn tested positive for the virus.  New York is continually seeking ways to adapt to circumstances, and the goal today is to shut down the virus and all its variants.  A new bill has been proposed and passed by the State Senate Judiciary Committee.  If the bill becomes law through both branches of the Legislature and the Governor approving it, the health of older New Yorkers would be protected from the virus.  The proposed bill provides that anyone over 75 years old or who has an underlying health condition that puts them at risk of covid, will not be required to serve as a juror. If approved, the bill would be effective immediately and would expire at the beginning of April, 2022.

MYTH: When covid is under control, New York State courts will return to the same old ways of conducting business.

REALITY:  The court system has been forced to quickly temporarily adapt because of the covid virus.  Last year the Chief Judge created the Commission to Reimagine the Future of New York’s Courts.  The Commission is considering new ways to quickly and effectively decide cases in this pandemic time.  It also will consider ways to improve access to courts and justice for all New Yorkers, including the impoverished.  On the technical side, the goal is to enhance the use of technology in the courts.  The Commission divided into various groups to address different areas of advancement.  After surveys, one group found that the use of mobile devices is still insufficient.  At the beginning of the pandemic the court system gave judges and non-judicial staff over four thousand laptops, in addition to the ones they already had in offices and courtrooms. Judges recently advised that they need to increase the ability to sign orders electronically.  The Commission also wants to expand electronic filing of all court documents.  One issue to be addressed is judges who require that “hard-copy” papers be submitted.  At least five years ago Oneida County Family Court went paperless, and all papers filed are scanned and available electronically, even in the courtrooms.  Each judge was provided with two computers on each bench for easy access to the electronic files.  Now judges say they need to be able to scan and print remotely from home.   The Commission determined that the use of faxes in the courts is ancient technology, as is the use of chambers telephone voicemail.  Both need to be stopped if the courts are to be current!

Myth: People other than lawyers can practice law in New York State.

REALITY:  In New York only lawyers can be licensed and can practice law.  Anyone else doing so (such as a paralegal) must be connected with a lawyer or law firm who will supervise the non-lawyer work.  Qualification to become a lawyer is generally four years of college, three years of law school, and successful completion of the bar exam.  Now the New York state courts’ Working Group on Regulatory Innovation has issued an opinion that licensed social workers should be able to practice law in a limited way.  The limitation would be that they could only provide legal services that would include court representation and advocacy.  The Commission expects that using social workers in this way could lead to the use of other non-lawyers in legal capacities.  The State would require the non-lawyers to engage in legal training.  Currently non-lawyers cannot own a law firm, and this policy would continue.  The States of Washington and Utah have similar programs that permit paralegals to practice law in a limited way.  Three other states are considering approving a paralegal exception.

The committee based their opinion regarding social workers on several factors:  1.  Many social workers work mostly with the poor and underserved and expansion of the practice of law would benefit this group;  2.  Social workers are trained in dealing with trauma, which can help their clients; 3.  Social workers can help lawyers improve their quality of services by engaging in preliminary work under the umbrella of lawyers.

Issues remain.  Some items to be decided are the extent of limited legal services social workers may do, how much additional education and training they must complete, and whether a new license should be issued after qualification.  Social workers and lawyers have different ethical standards that each must meet and these need to be coordinated.  Insurance companies must be consulted on whether or not they will provide malpractice insurance for a social worker practicing limited law (this may ultimately be the biggest obstacle to the proposal).  Another important consideration is that three years of law school usually provides a very wide scope of legal learning and training.  Law students study specific areas of the law, such as family law, corporate law, criminal law, poverty law and environmental law, among other areas.  In addition to specific areas, law students also study general procedure, and various historical developments, such as U.S. Constitutional law, development of contract law, development of personal injury law, among other areas.  Should an unusual issue arise during a lawsuit, presumably the trained lawyer is able to spot the issue and deal with it appropriately.  To curtail the scope of extensive training may not be helpful to the public.

The New York State Bar Association has not commented.

Facebook
Twitter
Previous article
Almanac for April 2021
Next article
US Rep. Debra Haaland, a Pathfinder for all Natives