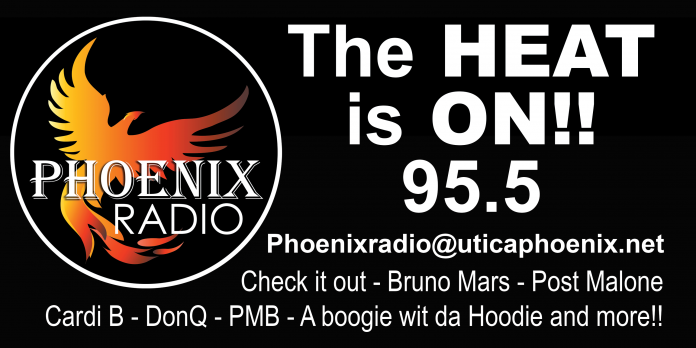 Shortly after For The Good’s Juneteenth Jazz event two years ago, Cassandra Harris-Lockwood sat depressed and crying in her car in the driveway of her office. She was disappointed at the turnout of the fundraiser. She complained to Roser Communications owner, Ken Roser, that none of the local radio stations had aired her well-made 30 second PSA promoting the Jazz event.

Not one known for her tears, Harris-Lockwood voiced her frustration that people of color lack access to mainstream media outlets for their messages, music and incidentally, the money that it brings.

She cried, “We need you White guys to help us.”

Roser replied, “You don’t need us, White guys, you need your own radio station.”
Harris-Lockwood’s tears immediately dried up. “What?” she asked.

That’s when Ken Roser told the determined CEO of the not-for-profit, For The Good, Inc. of the opportunity to purchase two AM radio and one FM stations.

Since that time Cassandra has managed to purchase WUSP 1550 and WRCK 1480 and now three FM translators for broadcast.

This accomplishment makes her the first Black woman in New York State to own a radio station and only the second Black woman in the US to own such a major media outlet. With the help of her husband, Attorney Stephen L. Lockwood, she formed Phoenix Radio, Inc.

It wasn’t an up and running operation so there’s a lot to figure out how all of the pieces go together and what’s left out. I am grateful for the brilliance and tenacity of my crew. Everybody on board is all in knows how important this project is.

I’m also grateful to my father, who is a retired Aerospace Engineer. I grew up with Ham radio and tools in my hands with electrical equipment all around me so I wasn’t afraid of the learning curve of the radio business.

I figured I know how to run a successful nfp business and a newspaper. A business that makes money can’t be that much harder!”

And yes, there has been a learning curve, terms, devices, equipment and functions like automation, music selector, traffic, capacitors and transmission towers, power modules are all becoming understandable and functional in her world.

According to Billboard Magazine, Hip Hop is currently the most popular music genre in the world and nationwide. Central NY finally has a source for the latest and the greatest sounds in the genre.

With bumps and starts the station has awakened the local airwaves as the FCC has granted work and stay silent permits as the bugs and technical difficulties are being worked out. The condition of the infrastructure of the transmitters, towers and components have been assessed and are being addressed.

Harris-Lockwood says, “We’re talking a heady world here in radio. Everything in this business costs money and we haven’t even closed the SBA loan. Thanks to Dr. Rob Singletary, who came in as a partner a couple of months ago and the Bank of Utica for financing, we’re proceeding with sufficient working capital.

“Within the next week or so, we should have our automation and traffic functions in place so our sales team can really get out there and bring Phoenix Radio to the advertisers.

“It’s very exciting to bring something new and exciting and so long missed to our area. And among those things missed is the Black voice on the airwaves. My long lost cousin, Mercedies Aziz Harris has been a radio professional for years and I am grateful to have him at my side for the development of Phoenix Radio.

“We look forward to continuing to develop our line up with our morning talk show and input from other silenced minorities such as Native Americans, the disabled, Veterans, and the farming community. I’ll be hosting a late afternoon talk show myself. I guess I’ll be in the hot seat too!”

As a final thought Program Director, Mercedies Harris says, “Hip Hop is the heartbeat of the soul and we plan to touch your soul because the heat is on…95.5 The Heat Phoenix Radio.