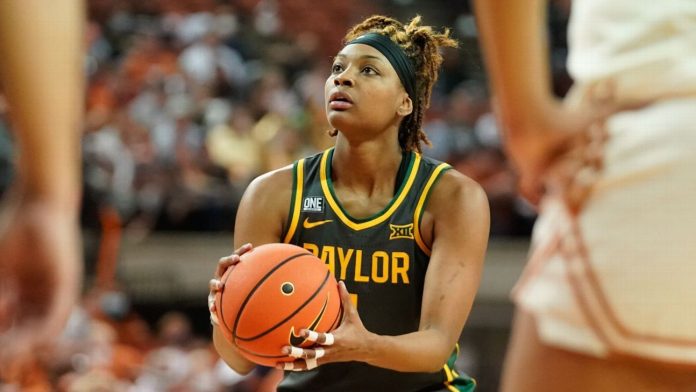 The Washington Mystics have the top pick, but the Indiana Fever have the most to gain or lose from the first round of the 2022 WNBA draft, which will be held in April. There was a big shake-up with the Fever this week, as general manager Tamika Catchings stepped down and former Indiana coach Lin Dunn was named interim GM.

Via a three-way trade involving the Phoenix Mercury and Chicago Sky earlier this month, the Fever got veteran guard Bria Hartley from Phoenix and the No. 7 pick in this year’s draft from the Sky, plus Chicago’s first-round pick in 2023. It adds up to Indiana having the Nos. 2, 7 and 10 picks in 2022, and a chance for Dunn to help jump-start the Fever back toward the perennial playoff contenders they were for so long.

Is there enough talent in this draft to help with that goal? Hard to say that for sure, but there should be more than in last year’s thin draft. We won’t have a complete picture of the available players until the full list of those opting is finalized in April. Because of the NCAA’s blanket eligibility waiver in 2020-21, current seniors can return for a fifth year of college. And we await which draft-eligible juniors might declare for the draft.

For this updated mock draft, we are not considering juniors unless they have already publicly stated they are entering the draft. We have a change at the top, but more changes are inevitably coming.

Former WNBA coach Nicki Collen, now with Baylor, has said she would like to see Smith play for Mystics coach Mike Thibault, and that might happen. Washington star Elena Delle Donne is feeling good after missing all but three games last season, and the Mystics are bringing back Myisha Hines-Allen and bringing in Elizabeth Williams. So they already have a strong post presence, but the 6-foot-4 Smith might be the best overall player available. She is averaging 21.2 PPG and 11.2 RPG as a senior and has made 7 of 24 3-pointers. While range is something she is still trying to improve, that’s progress after going 4 of 27 combined from long range her first three seasons. Smith has a high motor and should be able to contribute a lot on both ends of the court as a pro.

Dunn served in an assistant coach and then advisory role with Kentucky the last several seasons, so if anyone knows all facets of Howard’s game and what she can achieve at the next level, it’s Dunn. The lottery hasn’t been good for the Fever the last two seasons, as Indiana waived both 2020 No. 3 pick Lauren Cox and 2021 No. 4 pick Kysre Gondrezick. But in Howard, the Fever could get a big guard who is averaging 19.7 points and 7.9 rebounds and has been a pro prospect since her freshman season.

However, Kentucky’s struggles this year — the Wildcats are 11-11 and unlikely to reach the NCAA tournament — and Howard’s passivity at times in games have raised enough questions to move her out of the No. 1 spot. No one doubts Howard’s sheer talent, but the two-time SEC player of the year hasn’t always seized the moment in games, or has done so too late. She might flourish more in a pro environment, but that’s something Dunn probably already has a good idea about.

The Dream are remaking themselves, and Austin might have the kind of power inside and expandable game that Atlanta eventually can build around. Her 3-point shoot isn’t there yet — she is 3-of-11 from long range this season — but she’s averaging 14.6 points and 8.8 rebounds in the rugged SEC. Austin has the look of a pro; the question is can she develop the needed consistency.

Hillmon has had an outstanding career for the Wolverines and is averaging 20.6 points and 9.1 rebounds this season. She is shooting 57.3% from the field, but the fact that she doesn’t have a 3-point shot is a concern. However, Dallas might value her strong motor and relentlessness.

Signing veteran center Stefanie Dolson as a free agent gave the Liberty some needed size and championship experience. That might make it less likely that New York looks to a center with this pick. However, the Liberty might see Cunane as being enough like Dolson to make them a strong pairing to sub for each other, as Dolson averaged 20 minutes per game last season. Cunane is averaging 13.2 points and 7.7 rebounds while shooting 51.4% from the field and 83.7% from the line for the ACC-leading Wolfpack.

Hard to know how the Wings can really cram in any more young players, but maybe it is worth them taking a shot at Bell. She’s currently out with a meniscus injury, but the junior already has said she is declaring for the draft. She has been a scoring machine for the Eagles (23.4 PPG this season, 24.3 last season) since transferring from Ohio State, where she was an all-Big Ten freshman. How Bell’s skills transfer from the ASUN conference to the pros is a question. Still, she has good size and strength at 6-1.

The Fever’s roster the past couple of seasons has seemed like mismatched furniture as the team was stuck in limbo between full-on rebuilding and relying on veterans to try to stay marginally competitive. The result has been single-digit victory totals in four of their last five seasons. Dunn has to figure out what this team is supposed to look like and what it’s going to try to be really good at. Maybe defense? Cubaj won’t blow you away with her scoring (10.9 PPG), but she’s a key component on one of the best defensive teams in Division I this season and a very strong rebounder (11.2 RPG).

Will the Lynx go to the UConn well once again? Maya Moore (2011), Napheesa Collier (2019) and Crystal Dangerfield (2020) were all Huskies who won the Rookie of the Year award after being drafted by Minnesota. Williams has been in the spotlight since arriving at UConn as the top recruit in her class, and sometimes she has been caught in the glare. But she’s a talented player (15.2 PPG) who might thrive at the next level.

Somewhat like UConn teammate Williams, there has probably been more emphasis put on what Nelson-Ododa hasn’t done than what she has accomplished at UConn. She is averaging 10.0 points and 8.2 rebounds, and UConn alums’ considerable success in the WNBA has to work in her favor for teams evaluating her.

The way that Egbo has played in the past three games — with double-doubles and shooting just less than 59% from the field — is what makes her such an intriguing player. But the post’s three games before that were the opposite, as she totaled just 12 points and 15 rebounds, making 2 of 13 shots from the field. Perhaps her potential is worth this pick for the Fever.

The Aces currently have sort of a GM-by-committee approach as new coach Becky Hammon prepares to take over the team. Burton, a two-time Big Ten defensive player of the year, is averaging 17.9 points, 5.4 rebounds, 6.4 assists and 3.9 steals this season and is the kind of hustle player Hammon can identify with from her playing days.

If Henderson is still available, the Sun might see her as a good addition to their guard corps with her speed, playmaking ability and defensive prowess. She is averaging 11.1 points, 3.7 rebounds and 4.2 assists for the top-ranked Gamecocks.