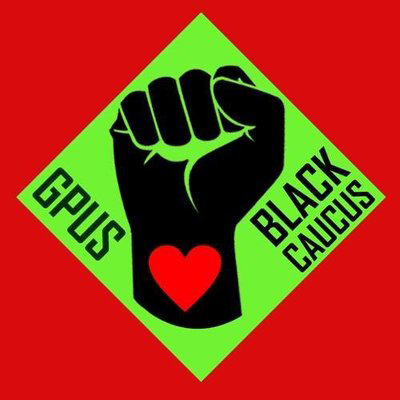 Today’s polarizing climate is competing for the trust and confidence of citizens more than ever before. The nature of power is changing and these changes are not measured simply by a degree of control by COVID mandates and quarantines.

In today’s political environment, the speed and accessibility of information created “digital reflections” that made medical facts vulnerable, eroding trust between the White House administration, National Institute of Health, US Dept of Public Health, Center for Disease Control, and the World Health Organization. The fear of losing control in our fast paced social media environment is pushing us toward exclusion. Our current leaders, whether Congress or the White House administration, and even our current Steering Committee, should instead develop an instinct for inclusion.

The coronavirus pandemic is one of our most dangerous wars in human history, because the most lethal attacks are the ones that catch us off guard. Being caught off guard has caused erroneous data reporting that is currently being exposed by Freedom of Information Act request, because we are not only unsure about the numbers, but being certain that the numbers are incorrect, is the most difficult issue many are facing today.

In a pandemic world where verifying case numbers is becoming increasingly difficult, inclusion is imperative and our Consumer Protection Plank of the Green Party of the United States must be honored. https://www.gp.org/social_justice#consumer

Lockdowns, mandates and passports are the major issue of the day with millions of people protesting against them worldwide. In fact, what has become known as the Medical Freedom movement is arguably the biggest and most diverse international movement in world history.

Vaccine mandates and vaccine passports are among the most vile, unconstitutional, immoral, unscientific, discriminatory and outright criminal policies ever enforced upon the population and goes against everything the Green Party stands for under Social Justice. These policies are coming from an out-of-control government at the behest of the pharmaceutical industry. The mainstream media and social media are also working in lock-step to censor any and all doctors, scientists, and investigative journalists who have an opposing view or who even question the current mainstream media orthodoxy.

Workers are being forced out of their jobs, many with medical exceptions from their doctors, students are being denied entrance to educational institutions, needed medical treatment is being denied, medical privacy is being violated, constitutionally protected rights to movement and assembly (including the right to travel) are being threatened, rights to normal societal participation are being decimated.

It has taken a while, but more recently many medical professionals, elected officials and federal judges have come out fully against lockdowns, vaccine mandates, vaccine passports and of course massive censorship. There is a growing clarity among many that these measures have nothing to do with health and everything to do with a power-grab at levels never before seen in the history of the world.

The National Black Caucus of the Green Party of the United States adheres to the principle that Informed Consent in all personal health and medical decisions is an inalienable human right.

Under no circumstances shall any medical treatment or procedure — including psychotropic medications, vaccines and/or other injectable treatments — be mandated or coerced. Individuals should be allowed to protect/heal themselves in a manner that best supports their medical and spiritual beliefs.

The coercive methods we oppose include:

We further oppose the use of privacy-invasive technology and artificial intelligence (AI) monitoring systems (including facial recognition, fingerprint apps, tracking cell phones or any other personal electronic devices and credit score systems) as a way to monitor and track the movements and/or restrict the rights of individuals to freely exist and assemble as they choose, especially when applied to personal health care choices.

The mission of the National Black Caucus of the Green Party of the United States (BC-GPUS) is to maximize the participation of men and women of African and African American descent in the political and policy-making process of the Green Party Black Caucus of the United States. It is further to introduce the Ten Key Green Values and the Green Party Platform to the African American community. The mission of BC-GPUS is to increase the participation and election victories in United States electoral politics of African and African Americans who support the GPUS Platform, and to ensure that the GPUS conducts and implements programs that concretize its platform in the interests of communities of African-American and African descent addressing community needs and disparities.

Facebook
Twitter
Previous articleHow to abide by New York’s Move Over Law when
Next articleAfter 8 Nominations and 0 Wins, Is It Bradley Cooper’s