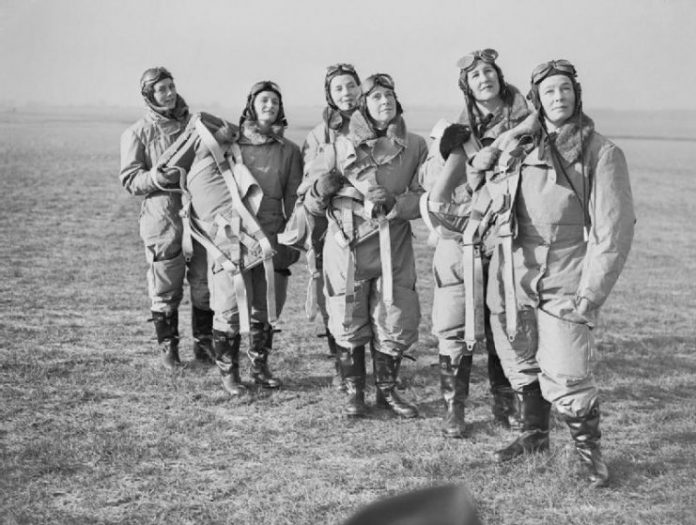 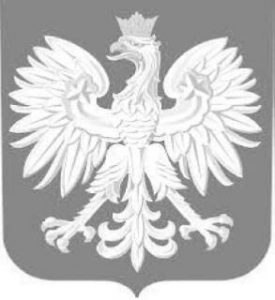 Polish female pilots played a major role in the resistant movement in occupied Poland.  They often put themselves in the front lines of war.  Here are short biographies of four determined women serving as pilots before and during the war:

In 1939, just after the outbreak of World War II, she was assigned to the Polish Air Force HQ Squadron to fly liaison missions, and confidently delivered one aircraft to an airfield.  After the so-called September defeat of Poland against Germany and Russia in 1939, she and the rest of the pilots arrived in Great Britain via Romania and France. She originally worked at the HQ of the RAF (Royal Air Force) and subsequently at the air ministry and eventually started ferrying aircraft with the air transport auxiliary in February, 1941. Of the three Polish women to fly with the Air Transport Auxiliary (ATA), she stayed longest—up until it was disbanded in November, 1945. She became flight leader in the spring of 1943 in charge of eight women ferry pilots, whom she instructed and assisted. Her subordinates included five British women and one each from the United States, Chile, and Argentina.  She was awarded many Polish British decorations, including the Polish Military Pilot badge, and was the sole woman flying with the ATA  air transport auxiliary to receive the royal medal.

Born as the younger daughter of the Marshal Jozef Pilsudski, she began flying gliders and obtained a pilot’s license in 1937, at the age of 17. In 1939 she graduated from secondary school and decided to study aircraft engineering at the Warsaw Polytechnic.  After the out break of the World War II, she fled with her family to Britain to resume her studies in 1940, matriculating at Newnham College, Cambridge. She acquired her aircraft pilot’s license in 1942 and joined the Air Transport Auxiliary with the rank of Second Officer (Flying Officer). She flew unarmed military aircraft in the dangerous skies of wartime Britain along with Anna Leska and Barbara Wojtulanis. Her decorations included the Bronze Cross of Merit with Swords. After the war she was awarded the Commander’s Cross of Polonia Restituta.  Due to the communist takeover in Poland, she remained in England after the war, as a political émigré. She had never accepted British citizenship and used a Nansen passport, valid for all countries in the world except Poland. She was able to return safely to the country only in 1990, after the collapse of the communist government.

She was the most experienced pilots of the three. By 1936 she obtained glider, balloon and motor aircraft pilot licenses and became a parachute jumping instructor. In 1937 she entered Warsaw Polytechnic where she studied mechanical engineering. At the start of World War II, on September 1, 1939, she was nominated as a First Lieutenant, assigned to the general staff of the Polish Army and flew missions with orders to deliver fuel to the fighter brigade defending Warsaw. She flew to Romania and then made her way to France where she worked at the Polish Army headquarters in Paris.  Upon the fall of France, in June, 1940, she evacuated to Britain where  the Polish government, Army Air Force and Navy were reassembled. In January, 1941 she was assigned to the Air Transport Auxiliary, as a ferry pilot, where she delivered various aircrafts such as small training, hurricane,  mustang fighters, and two engine Wellington bombers. In all she logged over 1,000 hours of flying time. At the end of World War II, unable to return to Soviet-controlled Poland, she married a Polish Air Force General, Stanislaw Karpinski and migrated to the USA where they settled in Los Angeles. There she attended college and a became a computer programmer for the Atlantic Richfield Corporation. She was twice awarded the Silver Cross of Merit for her services during the war and was honored at the International Forest of Friendship with a plaque for her aviation achievements.

Second Lieutenant in the Polish Air force: The only Polish woman incarcerated in the Soviet Kozeisk POW camp. She was born in Kharkiv, Ukraine, the elder of two daughters of Colonel-General Jozef Dowbor-Musnicki. Extremely independent and determined, she devoted herself entirely to a flying career. In 1937 she was sent to Lviv to take a military course on radiotelegraphy. Shortly before the outbreak of the war, she married instructor-pilot Mieczyslaw Lewandowski. After the wedding, she returned home to Pozan, Poland. Sadly the young couple was never reunited. After mobilization was ordered  in August, 1939, she was drafted for service in the 3rd Regiment stationed near Pozan. On the first of September, she was dispatched Eastward by train with remnants of base personnel. After many adventures, she was taken prisoner on the 22nd of September (after the Soviet invasion of Poland on the 17th of that month). There is no doubt, as confirmed by eyewitnesses, that Lewandowska was imprisoned at Kozelsk Prison Camp. However, her name is missing from the German Katyn list of exhumed identified bodies. Perhaps, in an attempt to hide her true identity, (her father was especially hated by the Bolsheviks), she destroyed her documents and memorabilia prior to her death.

The End of World War II

When the war broke out in September, 1939, the Polish air force consisted of 300 near-obsolete aircraft flown by highly trained pilots and crews. The German Luftwaffe had 1300 modern aircraft at its disposal, but in a short campaign, the Polish pilots gave good account of themselves, shooting down 126 German planes. Victory went the numerically superior Luftwaffe, however, and when the Russian Army invaded Poland, most of the Polish Air Force left to fight in the French Air Force. They were responsible for downing 56 German aircraft in the Battle for France. Michal Solarski is a London based photographer whose work is largely based on his own Polish background experiences. Michal is particularly interested in documenting migration and memories, and his new self-published book, The Airmen, contains photographs of surviving Polish airmen who fought with the Royal Air Force in England during the war years. Michal spent six years traveling  through Poland, The United Kingdom, Canada, and the United States talking to and photographing nearly thirty men and women. On the outskirts of London, not far from the Royal Air Force Base at Northolt, stands the Polish War Memorial. A well-known local landmark, the memorial was erected in 1949 with money that was contributed largely by British people in response to an appeal from the Polish Air Force Association. On the memorial are inscribed the names of 1,902 Polish men and women who gave their lives fighting alongside French and British forces in the Second World War.