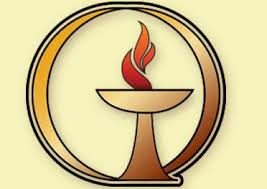 During times that can be described as challenging, there is always good news. We just need to remember where to look, how to embrace, and how to apply the principles.

Dr. Montgomery is the first Chief Diversity Officer in SUNY POLY history. He has served (s) on the race-relations and Second Chance committees with the District Attorney’s office. He is a member of the Oneida County Opiate Task Force Steering Committee and serves on the Access and Inclusion & Police Reform Committees in Utica, NY.

To date, has conducted over 65 academic workshops and seminars at collegiate level conferences. In 2008, he received Educator of the Year award. He was nominated for the prestigious SUNY Chancellor’s award for excellence in service. He received the Outstanding Community Service award from the Mohawk Valley Frontiers, Contribution to Black History from the NAACP, Contribution to Education and Community Service Award, and on May 26, 2015, he was honored with the Leadership Mohawk Valley Award for Leadership. In 2016, he was named Grand Marshall for the Regional Independence Day Parade. In 2017, he was named the Friend of Children of the year for his efforts serving children with Cancer. In 2019, he received the NYS Commendation for lasting contribution to community. In 2020, he was honored for his “Exemplary attitude, valuable assistance, and on-going support for those who require accessibility and disability services” from Mohawk Valley Community College. His most recent award came from SUNY as they named him Alumnus Emeritus from his alma mater for his efforts. In addition to keynoting SUNY Poly’s convocation, he has keynoted several commencement addresses.

In 2011, with the help of his wife Lisa (a retired teacher of American history), Dr. Montgomery, a survivor of scarcoidosis [pronounced SAR-COY-DOSIS] (a blood born pulmonary disease) founded The Montgomery Experience which has morphed into Joseph’s Experience, a not for profit which aims to positively impact children who suffer from diseases such as Cancer and Leukemia. He honored his parents in 2019 by riding his bike across the Edmond Pettus bridge in Selma Alabama. His first book, under the theme of student retention, titled “Painting the Academic Canvas with Students of Color, assuming you can retain them” was released in the spring of 2017. He is currently working on his second book “Curing Ignorance with a Dose of Cancer.”

This is a hybrid service and can be registered for if a person follows all reopening guidelines including being fully vaccinated and masked at the service.  You can register at https://rsvp.church/r/SAbN5qk5. You can find our reopening guidelines on our worship page at http://www.uuutica.org/worship/.