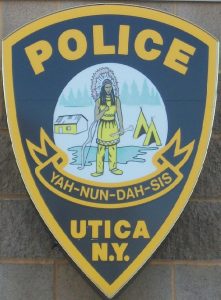 “The Conservancy has completed a number of major projects to beautify and enhance Utica’s three main parks – FT Proctor, TR Proctor, and Roscoe Conkling Parks – as well as the Memorial Parkway,” continued Noonan.  “We will work together so the community can use and enjoy the City’s wonderful park system.”
According to Peter C. Falzarine, executive director for the Central New York Conservancy, “The Conservancy seeks volunteers who already use the parks on a regular basis throughout the year. We welcome people who want to get to know Utica’s parks better, too, as participants in what we have named the ‘Park Patrol’,” said Falzarine.
Volunteers will be trained by the members of the Utica Police Department on ways that citizens may assist the police in keeping the parks safe and welcoming.
“On August 8 at 6 p.m., Utica Police will offer a free training for volunteers who wish to become Park Patrol volunteers”, said Noonan.  Topics for discussion will include park locations, activities that are prohibited in the parks, applicable laws and City ordinances, and how to be a good witness if you observe a violation of the law or a City ordinance.
Individuals interested in learning more about the Parks Patrol and attending the training may contact Peter Falzarine at pfalzarine@roadrunner.com or the Conservancy atcentralnyconservancy@gmail.com.
The Central New York Conservancy was established in 2002. Its mission is to preserve and restore Utica’s Olmsted-designed parks and the Memorial Parkway. In 2009, Utica’s Parks & Parkway System was named to the Federal and State Registers of Historic Places.