Those who don’t know their history (from earlier in the 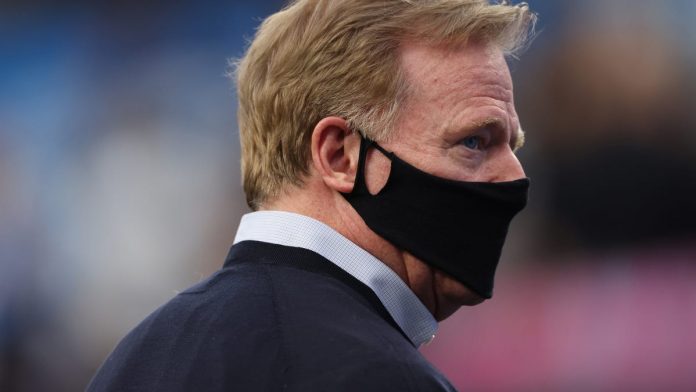 Banner day for commissioners all around, as Roger Goodell couldn’t wait to get his whole foot in his mouth and possibly brain as well. Goodell announced that the investigation into the WFT’s culture won’t be released publicly other than a summary. This was on the same day, the SAME DAY, that an NHL team released a full report on the cover-up of sexual assault and harassment publicly. Goodell apparently hasn’t learned the lesson that if you’re doing something worse than an NHL team, you’re truly fucked in the head. Trailing the NHL in a morality test is truly the ass end of things.

While the Hawks themselves didn’t do an ace job of protecting the anonymity of the player at the root of their investigation, simply releasing a report doesn’t mean you can’t redact and conceal the names of those affected. Such an excuse is just using them as a shield, which is despicable. Especially when those people are directly asking for the report to be made public:

Perhaps hockey is below Goodell’s radar, but one of the lessons should have been that making covering your ass priority No. 1 is only going to end badly in the future. Especially when it comes to the NFL, where so many eyes are watching and there’s so much interest. Goodell can’t hide that’s what he’s doing here, even if he was actually smooth and nimble in a way which he only thinks he is.

Chill out
Get capsules, topicals, tinctures, and more in a variety of strengths at a steep markdown.

Goodell has already poisoned the water for this report, which was probably his aim from the beginning. No one’s going to buy what they find, there’ll be an uproar when the summary is released, and then Goodell will hope it all goes away. It also probably indicates that Goodell knows there’s much worse to be found from it, more than just getting Jon Gruden shitcanned. And he’s going to duck it instead of facing it. But Goodell has always been a guy who just stands by and hopes everything passes him by. Even his facial expression is of someone with no answers, hoping no one will notice.