Broadway Utica
HomeSportsThese Bengals might be for real
Sports 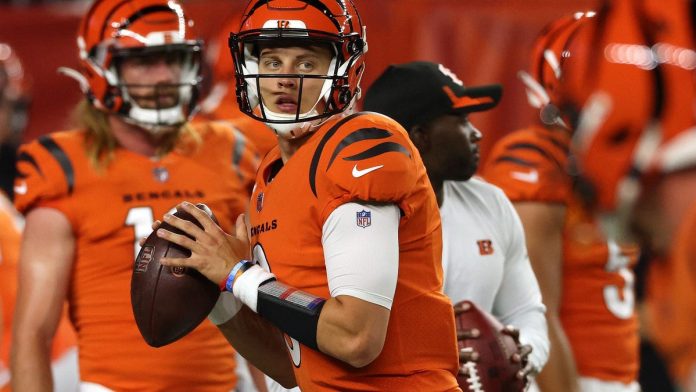 Joe Burrow has brought the roar back to the Bengals.Image: Getty Images

The Cincinnati Bengals aren’t that bad. OK, they’ve been pretty good through the first month of the season, and I don’t think anyone outside of Cincy saw this kind of start on the horizon. A 3-1 start to the season, a road division victory over the floundering Steelers in Pittsburgh, and sole possession of first place in the AFC North after four weeks.

This is Cincinnati’s best start since 2018. They shot out to a 4-1 record before remembering they were the Bengals, and their season began to head in the opposite direction. Andy Dalton hurt his thumb, which placed him on injured reserve and out for the remainder of that season, and that was all she wrote. Resulting in another 6-10 finish.

Now the Bengals have what looks like their franchise quarterback in Joe Burrow and a potential star wide receiver with Ja’Marr Chase. In his first four NFL games, Chase has four touchdowns, with two coming against the Steelers. Meanwhile, you can see Burrow’s confidence growing with each game.

What’s more impressive than the Bengals’ record is how they are winning these games. Two of their three victories are by three points. Even their loss in Week 2 against the Bears in Chicago was by three points. Now, I know it’s early, and they’re just 2-1 in close games. But this must count for something, right?

Cincy’s first big test of the season comes in Week 5 at home when Aaron Rodgers and the Green Bay Packers come to town. This may sound surprising, but Rodgers has a losing record, 1-2, against the Bengals. It’s a small sample size, but I’m sure Bengals fans will take any type of silver lining they can get. Beating the Packers would show the league that they’re for real this year.

The Bengals may be catching Rodgers at the right time since he’s only passed for roughly 216 yards per game in his first three. The Packers play the Steelers in Green Bay Week 4, so that average is likely to increase a bit. Defeating the Packers would be a big feather in the cap for Bengals head coach Zac Taylor. In his first two years as head coach, Taylor’s record is 6-25-1. Should the Bengals beat Green Bay, it could go a long way in showing doubters that he can be a winning coach in the NFL.

It’s time for the Bengals to break out of this funk and give their fans something to cheer about. They’ve done that thus far but need to keep it going against the cheese heads. This has the potential to be a signature win that could set the Bengals off on a nice run the rest of the year.

If the Bengals can keep Burrow on the field, they have as good of a chance at competing in the AFC North as any other team. The Bengals may not wow you, but in the end, winning is what will genuinely leave fans and detractors in awe.