Take Back the Night with YWCA Mohawk Valley 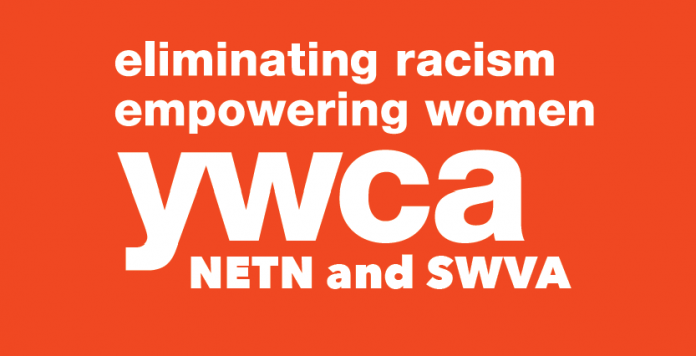 Utica, NY, October 9, 2018 – YWCA Mohawk Valley (YWCA MV) will host two Take Back the Night events during October, which is nationally recognized as Domestic Violence Awareness Month. Take Back the Night is a well-known movement bringing awareness to domestic violence and gender-based violence in all forms.

This year, Take Back the Night will be held in Utica on Tuesday, October 16 from 6 to 8 p.m., and in Rome on Thursday, October 18 from 6 to 8 p.m. Both nights will have a rally to kick off the march, a march to Utica City Hall and around Rome City Hall, a speak-out, and candlelight vigil. Anyone who wishes to join YWCA MV’s mission to end domestic violence in ourcommunities is invited to attend this powerful event.

Utica’s Take Back march will begin with the rally at YWCA MV’s main office at 7 Rutger Park,and from there, participants will march one mile to Utica City Hall at Kennedy Plaza. The speak-out portion of the night will take place in a safe space in City Hall. Guests are welcome to listen to survivors share their stories and are invited to share their own in a safe, confidential setting. The night will end with a candlelight vigil to honor the memories of victims of domestic violence.

Rome’s Take Back march will begin and end at Rome City Hall at 198 North Washington Street. The safe space speak-out and candlelight vigil will also be held there.

Take Back the Night coincides with YWCA’s Week Without Violence initiative, a globalmovement to end violence against women and girls. For more than 20 years, YWCA has set aside one week in October to call attention to violence in all forms, and promote awareness on how people can work together toward a peaceful community. Week Without Violence 2018 will be observed from October 15 to 19.

YWCA Mohawk Valley is on a mission to eliminate racism, empower women, and promote peace, justice, freedom, and dignity for all. For more information about the agency’s work orany Domestic Violence Awareness Month events, visit ywcamv.org.

YWCA Mohawk Valley is a nonsectarian organization engaged in the mission of eliminating racism and empowering women. In 2017, YWCA MV provided more than 20,000 instances of service to individuals in Herkimer and Oneida Counties via such programs as violence prevention education, domestic and sexual violence crisis services, residential services for homeless and runaway girls, and emergency shelters and transitional housing for individuals escaping violence. For 24-hour, confidential help with domestic and/or sexual violence in Oneida County, call 315.797.7740. For 24-hour, confidential help with sexual violence in Herkimer County, call 315.866.4120. More information about YWCA MV can be found by visiting ywcamv.org or by contacting Kari Procopio at kprocopio@ywcamv.org or 315.732.2159 ext. 233. YWCA MV receives funding support from the United Way of the Valley & Greater Utica and the United Way of Rome & Western Oneida Counties.