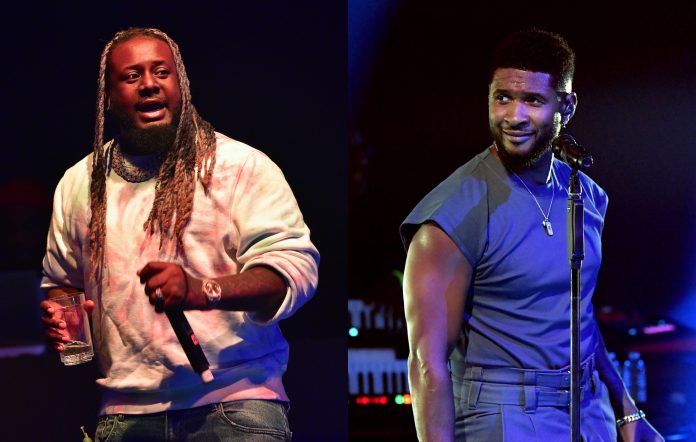 Back in June on Netflix’s This is Pop series T-Pain opened up about comments from legendary R&B singer Usher made him go into a period of depression. Now, the Florida native has denied allegations from Usher that the pair have fixed there issues.

Angie Martinez host of “The Angie Martinez Show” asked T-Pain in a recent interview about the two alleged conversation. T-Pain claimed it never happened saying it was a “big lie” explaining what took place, “So I hit Usher after the interview came out, and I was like, ‘Yo, I’m sure you saw what’s going on,’ and then all he texted me back was ‘Let’s not text, let’s talk.’

“And I was like, ‘Cool, hit me up.’” T-Pain said  “never heard from him,” however, he later saw where Usher said the two had cleared things up.

In the “This Is Pop” episode, T-Pain said that Usher came up to him on a flight, “Man, you kinda f-cked up music,” with his use of Auto-Tune to alter his voice on his songs. T-Pain said, “That is the very moment that started a four-year depression for me.”

Two months later, Usher told Billboard that he was “happy that T-Pain said something” saying that “It was very hurtful to know that he had experienced that kind of hardship in life.” The “U Remind Me” singer also said, “I wouldn’t wish that on any person. Private conversations for me have always been intended to uplift. But when or if people get pieces of it, they can always have some other interpretation. But we’ve spoken since and we’re good.”