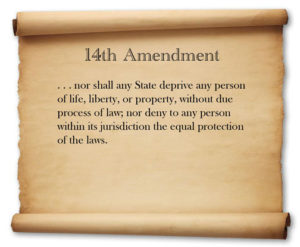 Other federal agencies served were the U.S. Environmental Protection Agency; U.S. Department of Defense; U.S. Army Corps of Engineers; U.S. Department of Transportation; U.S. Department of Education; and U.S. Department of Housing and Urban Development
The State and federal agencies were served with a class action lawsuit in the Federal Court for the Eastern District of New York in Brooklyn for failing to meet the intent and spirit of the Civil Rights Act and equal protection guaranteed by the 14th Amendment. The suit alleges that the agencies had not provided the required on-the-job training programs designed to lift disadvantaged and marginalized communities out of social and economic isolation.

According to papers filed, as a condition of accepting federal monies, the agencies have agreed to facilitate on-the-job training and apprenticeship programs, as called for in the Civil Rights Act. Since the government agencies have refused to adopt this approach, this action seeks to force on-the-job training programs as an alternative employment practice so minorities in impoverished communities can compete on ability rather than skin color or ethnicity.

The suit alleges that by relying solely on Minority Business Enterprise percentage goals the agencies did not comply with the mandates of the Civil Rights Act, and the Equal Protection clause of the 14th Amendment. According to class representative Reginald Benjamin, a black unemployed carpenter, the intent of these rulings was to provide on-the-job training to assist disadvantaged communities, which are primarily black and Hispanic, in gaining equal access to job opportunities. “Skills and experience are the great equalizer,” Benjamin said. “LBJ, the father of the Civil Rights Act, understood that apprenticeship training was the only way to guarantee not just equality as a right and a theory, but equality as a fact and as a result.”

The motion includes research done by the Brooklyn-based Justice Mapping Systems, which produced maps highlighting commuting distances to large public works projects from disadvantaged neighborhoods. The maps were overlaid with poverty, unemployment, education and racial statistics. JMS’s Eric Cadora said, “The same small number of Community Districts continue to experience multiple, overlapping conditions of distress. These neighborhoods continue to prove resistant to superficial reform efforts, which fail to combine ongoing training, support services, and a credible pathway to employment.”“Projects that are surrounded by disadvantaged communities include mandates to assist minorities, yet these communities continue to fall further into social and economic isolation,” said Benjamin. “These mandates have been in place for over 50 years, yet there are still no on-the-job training programs to help these communities.”

The motion advocates adding on-the-job apprenticeships as an alternative employment practice to what the agencies do today “to address and correct the inequity and foster equal employment,” and that any other solution, meaning relying solely on Minority Business Enterprise percentage goals, “will fail because local residents lack the minimum training and preparation needed to be eligible for the jobs that become available.”