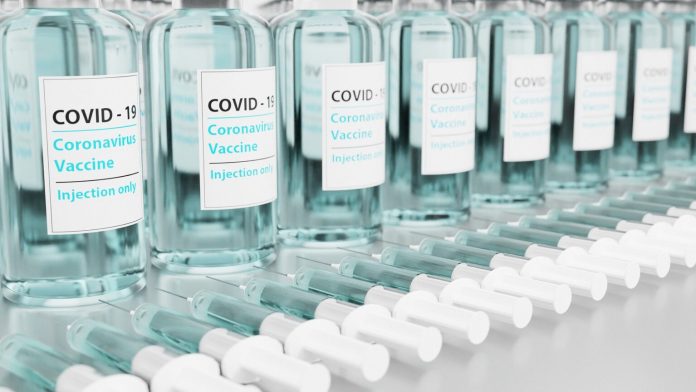 In 1976, twenty million Americans were persuaded into taking a vaccine for swine flu. Propaganda was running heavy alerting people that this was a return of the Spanish flu and that the shots developed were both safe and effective.

After receiving the shot, 4,000 Americans were claiming damages amounting to 3.5 billion dollars. Two thirds of the claims were for neurological damage or even death.

A 60 Minutes interview foreshadows the dangers of media hype combined with the profit motive of big pharma.

Fast-forward to 2021. It is odd to note that doctors are not required to report any neurological disorders that arise after receiving a COVID shot.

The main character of the 60 Minutes story is a woman who developed Guillain-Barré syndrome (GBS), a rare neurological disorder, after receiving her shot for swine flu. The public was outraged by such an occurrence.

Now in 2021, officials have identified 100 suspected cases of Guillain-Barré among recipients of the Johnson & Johnson vaccine. And J&J is not the only one to be linked to GBS. ModeRNA, Pfizer and AstraZeneca products are also linked to this rare neurological disorder.

Negative experiences following COVID shots have been ignored by the corporate media and censored by social media. Even doctors are not aware these types of symptoms are associated with the COVID shots. According to Erin Rhodes, a nurse who was harmed by the shot, many doctors will not acknowledge their patients ailments or tell them they are just experiencing anxiety or mental illness.

The swine flu vaccination program was halted in 9 states in 1976 when 3 people died after getting the shot. Even though the CDC at the time said there was no evidence the shots caused the deaths.

The amount of deaths reported to the government’s vaccine reporting system for COVID shots is about twice as many as every other vaccine related death combined for the past 30 years.

In 1976, there were 300 claims by family members of GBS victims who died allegedly as a result of the swine flu shot.

What will it take for people to take seriously the danger of these injections?