Review: ‘One Night in Miami’ 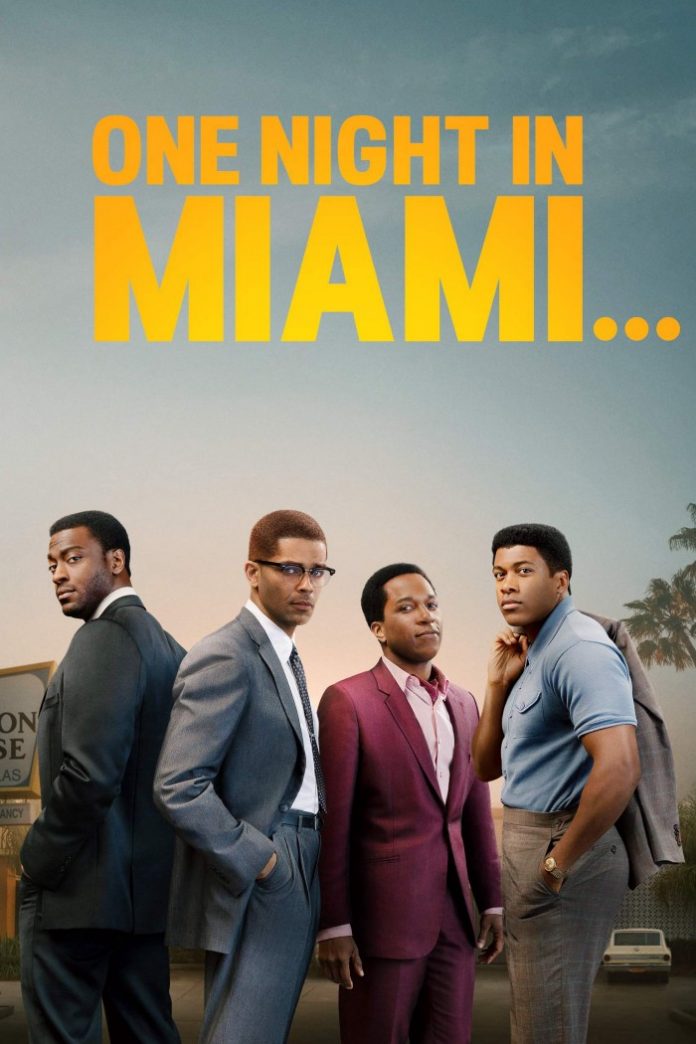 Review: ‘One Night in Miami’ a Deeply Affecting and Necessary Picture that is One of this Year’s Best
By: Mark Ziobro
Grade: A+ 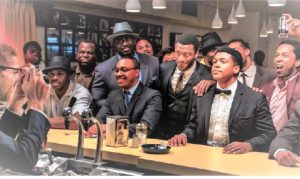 “One Night in Miami” is electric. Regina King’s ode to four powerhouses of the Civil Rights era, with fictionalized, creative license, presents one of the deepest and most affecting motion pictures this year, if in many years. Its performances are top of the line, pulling you into a world decades-removed, yet one that feels fresh and imperative. The film takes its source material, a play written by Kemp Powers, and forms it into a narrative you can grasp. And under it all, it is thought provoking and dynamic: this is a film that leaves in its wake a powerful impression, stirring thought and allowing viewers to truly feel its protagonists’ lives and emotions.

With any historical drama, there runs the risk of the necessity of the material giving way to the boredom of excessively long pictures. “Lincoln” is a powerful film, but its slow burn and 2 hour and 30 minute run make it hard to digest. But here, at 1 hour and 54 minutes, King has discovered a winning formula in her fictionalized discussions between her four leads: skipping the necessity of history, she and Powers assume its audience’s familiarity with the backstory of Mohammad Ali, Malcolm X, Sam Cooke, and Jim Brown, and drop them feet-first into their lives. History is a prerequisite for this film, but “One Night in Miami” is transcendent. Its viewing creates not only empathy but necessity, and after experiencing the hearts, thoughts, and minds of its players, you’ll want to know everything you can about them had you not already.

What works about “One Night in Miami” is how quickly and almost imperceptibly you are drawn into its story. Its opening features a boxing match loss of a young, 1960s Cassius Clay (Eli Goree) before he became Mohammad Ali. We see Sam Cooke (Leslie Odom Jr.) perform an unfulfilling show before a mostly-White audience, as well as a tough conversation between Malcom X (Kingsley Ben-Adir) and his wife (Joaquina Kalukango). And we see, perhaps toughest of all, football player Jim Brown (Aldis Hodge) visit the wealthy Mr. Carlton (Beau Ridges), their conversation expected but still shocking. Carlton’s nonchalant drop of the ’N word’ before reminding Brown Blacks are not allowed in the house reminds us the necessity of the Civil Rights movement in succinct approachability.

Amidst it all, however, King lets us into a picture that is warm and heartfelt. Scenes of Clay’s bravado and glee during his fights and discussions with Malcolm X are poignant, as are shots of Sam Cooke singing to himself in his sun-baked Miami hotel. We see Malcolm’s struggle between righteousness and family, as well as a growing consternation with the Nation of Islam—yet his face lights up at the thought of speaking to his now-sleeping children. Jim Brown discusses a recent part he played in a motion picture, his face sharing similar notes. The film, in so many ways—devoid after its opening scenes of White voices—becomes a struggle between necessity and soul: Malcolm has accepted the necessity of the fight and abdicated his passions, while Cooke, Brown, and Clay understand it but long to be free to explore life and love. In one affecting scene, Malcolm plays “Blowin’ in the Wind,” which both angers and awakens the fight in Cooke. And yet down the road, Jim Brown will casually explain to Malcolm that ‘we are not weapons,’ all while Cassius allows Cooke to understand the dynamics of power in society.

We need to talk about the performances. All four leads outdo theirselves and are at once dynamic and approachable. Goree plays Clay with bravado and ferocity, while imbuing a tenderness that is awe-inspiring to see. Aldis Hodge, in Jim Brown, is stoic and affecting, showing both pain and passion with equal measure. Leslie Odom Jr. is soul-stirring as Sam Cooke, allowing us to see his love of music and his dreams for himself, fighting against a system of oppression that has one music label for Blacks, and another for the rest. And, rounding out the cast, Kingsley Ben-Adir, as Malcolm X, is tasked with the monumental task of selling the necessity of his speech not to us, the viewers, but his friends. The performances of the four are powerful, hard-hitting, and sublime. The couldn’t have worked with their actors, who all deserve award-nominations aplenty.

What works most about “One Night in Miami,” however, is that it is built of authentic conversations that doubtless occurred. Yes, King and Kemp fictionalize this meeting and its conversations (though the four did meet in Miami of the night of February 25th, 1964 in Miami), yet it is fictionalized in a way that lets us understand these conversations as real, painful struggles that lined these times. Just as in Ken Loach’s haunting “The Wind That Shakes the Barley,” we are allowed to see politics as something not easily removed from the lives of those it affects. History tells us the how; but King’s film, with its heartfelt and stirring writing, cinematography, and performances, lets us know the why.

“One Night in Miami” is simply a stellar film that deserves to be seen by all. Its performances are awe-inspiring, its themes relevant and necessary, and its cinematography and score subtle and meek: the camera shines on its leads and lets them do the rest. In a cinema season that brought us the excellent “The Trial of Chicago 7,” here we have yet another 1960s-era picture that is required, complementary viewing. Regina King evokes the soul of large feelings of colossal almost indescribable weight—and her greatest accomplishment is how approachable and affecting the material seems once the credits roll.